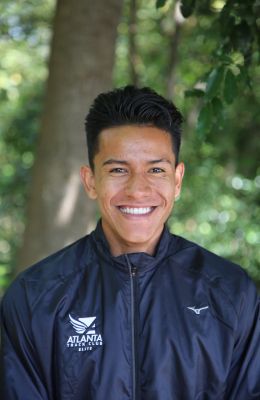 Abe's running career started at Atwater High school. He then went to D-II CSU Stanislaus for three years where he was a two-time All-American in the 800m. While at Stanislaus, Abe also qualified for the 2016 U.S. Olympic Team Trials and made the semifinal in the 800m. After his sophomore year, Abe and his coach, Diljeet Taylor, transferred to BYU. While at BYU, he made the USATF Outdoor Track & Field Championships final two years in a row in 2017 and 2018. He also finished fifth at NCAA Indoor Track & Field Championships.