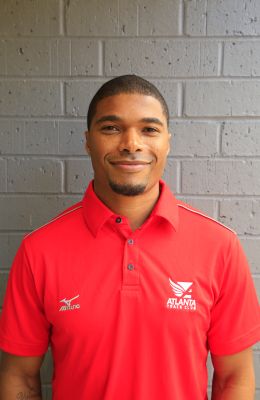 Running, skateboarding, photography, collecting comic books and playing guitar are just a few of the items on Justin’s long list of hobbies. While at the University of Georgia, Justin captured three SEC 400m hurdle titles and was a three-time All-American. He went on to compete on the professional circuit, finishing fourth and fifth during the 2008 and 2012 Olympic Trials and running in over 100 international events. Justin has always been fueled by achieving today what seemed impossible yesterday and enjoys sharing that sentiment with youth. He is fascinated by pioneers from a variety of fields; from Jimi Hendrix to Neil deGrasse Tyson and Anne Frank to Jay-Z.