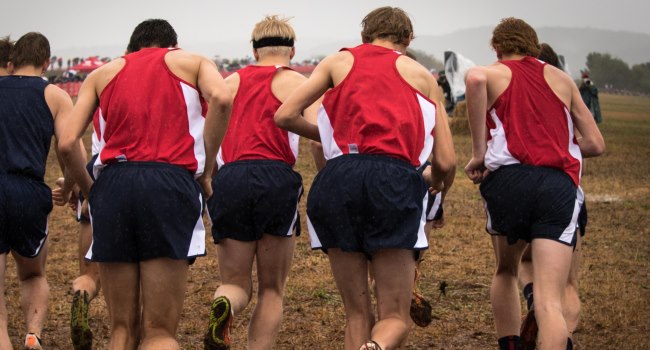 ATLANTA – September 20, 2017 - The third annual Wingfoot XC Classic will see its largest field with 90 high schools and 25 middle schools attending the meet.  Teams from Georgia, Florida, Tennessee, Alabama, and Kentucky, will be racing over the fields of Cartersville to see who will reign supreme.  Last year’s hot and humid conditions were no match for the athletes, but this year’s conditions may be more favorable for runners to compete at their best.

Last year the Varsity Championship Boys Race was very tight with no team scoring less than 100 points.  This year may tell a different story as a few teams are coming in hot halfway through the season.

Milton High School – Currently ranked 18th on Milesplit’s Flo50 rankings after their dominating performance at the Knights Crossing invitation, the Eagles come into this race as the clear favorite.  The Eagles are making their bid for greatest in Georgia’s history with incredible depth led by senior Sam Bowers, who is no stranger to this race. He has placed in the top three each year since the race’s inception.

Brentwood Academy – These Tennessee boys are packing a punch with great depth early on in the season boasting an impressive 36 second spread from their first through fifth man.  The Brentwood Academy boys are currently ranked #1 in Tennessee even after losing their top runner, Carter Cheeseman, to Texas.  Their current lead runner, Matthew McMillan, has a 16:01 PR set just two weeks ago at the Chickasaw Trail Invitational.  Even with a tight pack, this group of boys will need to put on quite a show if they are going to catch Milton.  Look for them to snag a podium spot.

Pope High School –The Pope Greyhounds are coming off a victory and county championship, running as a tight pack.  The boys are led by senior Jacob Brenneman.  With no real low stick in this race, the Greyhounds are going to rely on their pack running to make a podium spot.

Ocala Vanguard High school – Hailing from Florida, the Knights are currently ranked fourth in Florida All-Class and hope to make a mark in Georgia.  They have a strong 1-4 led by Joey Fitzpatrick, who should challenge the #1 spot individually, but they struggle at their fifth man.  In this competitive field, if their #5 closes the gap and finds the right race, the Knights should find themselves in the top five of this deep boys field.

Lambert High School – The defending Georgia 7A champs return with nearly all seven of their top runners, led by Tyler Fox.  The Longhorns proved their metal by surprising everyone winning the state title last year after a lackluster season.  The boys are fresh off of fast finishes at the Warpath Invitational and should be ready to roll through the hay fields of Cartersville this weekend.

Individual Race
With many seniors running this course for the third year in a row, experience will have its advantages as they tackle the hayfields of Cartersville.  The meet record was set last year by Chase Kennedy of East Jackson High School in a time of 15:32.  With a new course and a more competitive field, we will likely see that meet record fall to one of the following gentlemen.  The top 3-5 guys in this race are very likely to make national meet births this year. 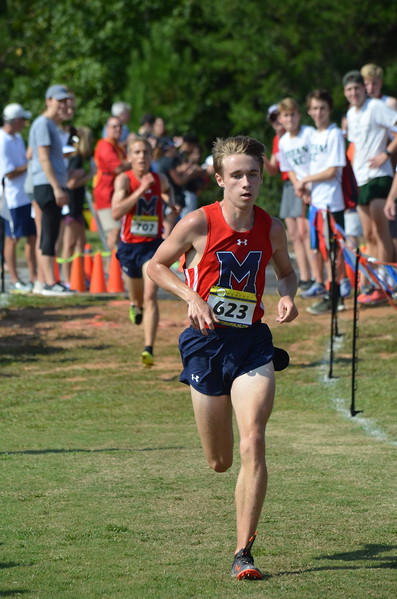 Sam Bowers – Milton
Runner-up last year and third place in 2015 at this race, Bowers comes into this race with an eye on the overall title.  The defending 7A 3200 state champion raised a few eyebrows running a 15:01 opening PR at the Bob Blastow Early Bird Invite, but then backed it up setting a new course record two weeks later at the Knights Crossing Invitational in Virginia, running 15:06.  He is fresh off a county championship on his home course, arguably one of the hardest courses in the state, which shows he has both strength and speed. But Bowers won’t be alone up front. Expect a tight chase pack right behind him, including teammate Nicholas Yanek.

Nicholas Yanek – Milton
Yanek transferred to Milton this spring track season from Iowa and is making his debut in Georgia cross country this fall.  Running #2 for Milton, he would be #1 on any other team in the state this year.  Yanek finished one second behind teammate Bowers at the Early Bird invite, and also finished third in Virginia after leading for the first mile of the race.  Look for Yanek to lead early in an attempt to beat teammate Bowers or, at the very least, paint the top two spots red. 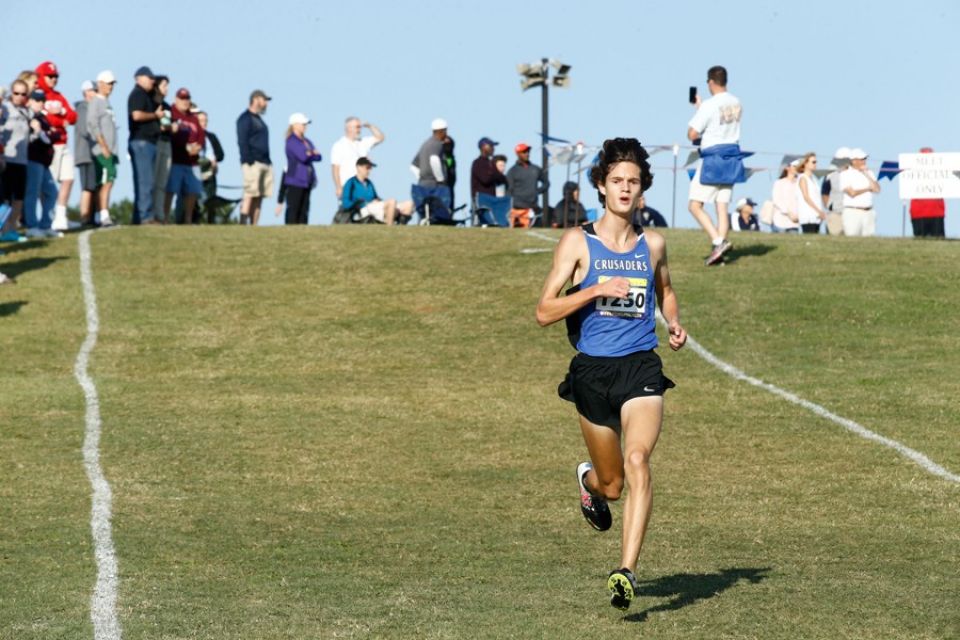 Jacob McLeod – Trinity Christian
Jacob McLeod made a name for himself last year by placing eight at Foot Locker South and qualifying for the national meet in San Diego.  This year, McLeod has started off the season strong with a close second-place finish to Florida #1 runner Charles Hicks and a course record on the current Georgia State Meet course in Carrollton running 15:51.  Although he hasn’t run as fast as the Milton duo this season, don’t count him out of making a hard charge for the overall title.

Joey Fitzpatrick – Ocala Vanguard
As a freshman, Fitzpatrick ran a 15:35 at FHSAA State, then seemed to take a two year break and returned to the track his junior year, running a 1:53 800.  He turned in a personal best at the Bale-n-Trail Meet, finishing third behind Trinity Christian’s Jacob McLeod and Hick’s of Bolles.  Fitzpatrick seems to have unfinished business, and we should see him up front battling for a top overall spot. 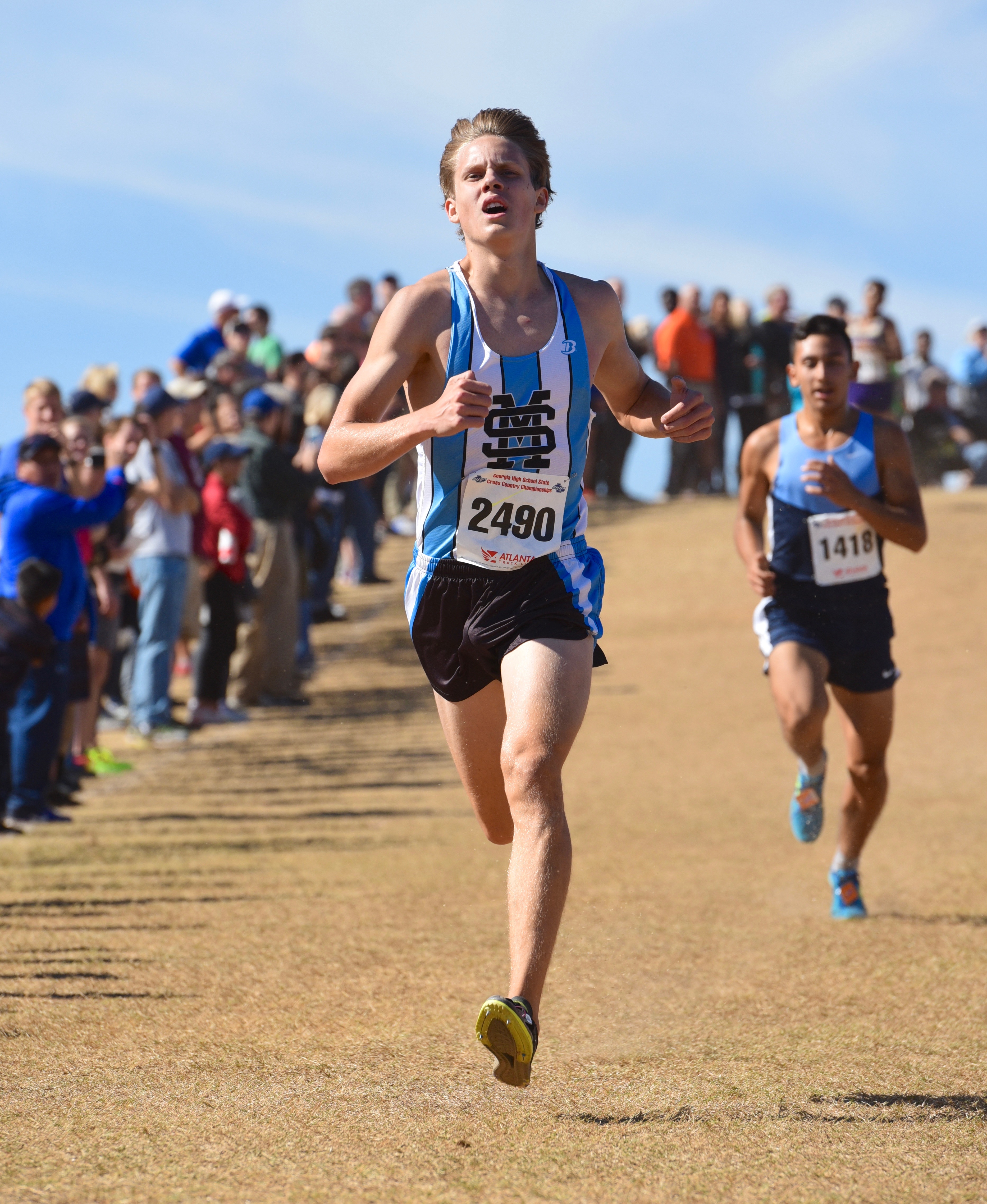 Nick Nyman – Starrs Mill
The Starrs Mill top runner is Nick Nyman.  He looks to lead the Panthers to a strong finish by finishing in the top five spots.  As the 3200m 5A state champ and XC state runner-up, he has started his season off strong, finishing third behind the Milton fuo at Early Bird and winning his home meet at Heritage Church.  Nyman comes in with a 3200 of 9:21 and 5K 15:37.