ATLANTA – September 21, 2017 – The Wingfoot XC Classic will feature an exciting race on the girls’ side with all of the top individuals and teams in the state showing up at the start line. The Cartersville course is no speedway, but it will challenge the runners with varying terrain of fast flats and long, slow hills. The athletes will have to constantly change their strides as they wind their way through the fields of Sam Smith Park.

Last year’s individual winner, Kelsey Chmiel of Saratoga Springs, ran a national leading time of 17:17, and her team handily won the team title. The girls from New York will not be returning this year, which opens up the top spot on the podium to the top teams from Georgia, Florida, and Tennessee who will be competing. With the level of competition so deep, you can expect the winning team’s score to be well above 100 points. 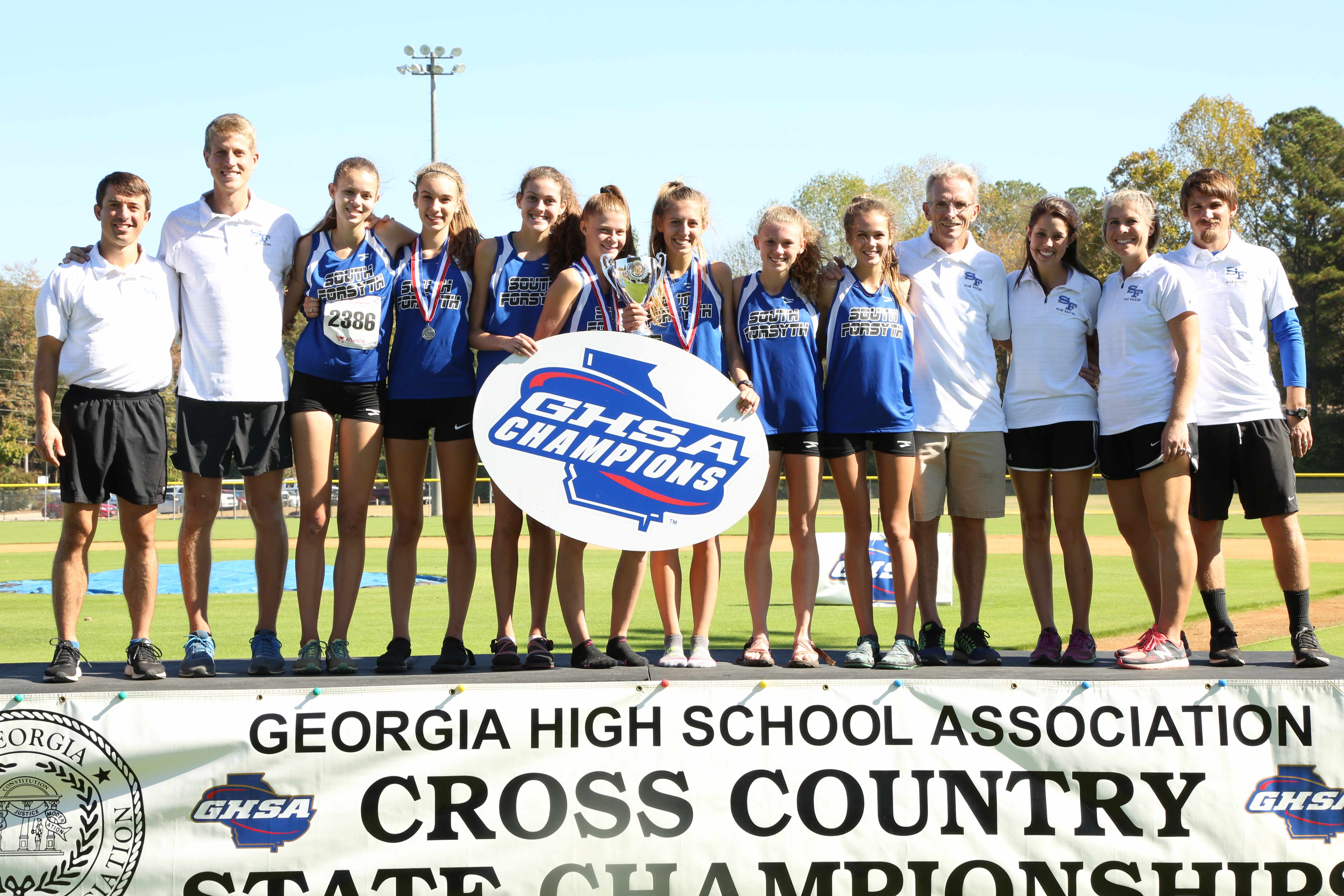 South Forsyth High School – The Lady War Eagles have started their season strong with several wins despite being down a few runners in the first couple of meets. Running at full strength for the first time this season at the Warpath Invitational last weekend, the “SOFO” ladies took the title, beating Marist by 10 points with a team average of 19:05. The Eagles were led by senior Kaylee Dupont’s sixth place finish.  Expect the defending 7A state champions to sit in the top three as they fall into shape for the middle of the season.

Milton High School – It would be no surprise to see the Milton girls on the podium. The Wingfoot XC Classic runners-up last year refuse to be overshadowed by their male counterparts. These ladies placed second at the Knights Crossing Invitational and recently brought home a county championship win. Led by sophomore Abby Rindt and junior Taylor Cushman, the team has young talent that will surely step up to the plate. Milton’s depth is their advantage in this race as the girls have a 1-5 split of about 30 seconds consistently throughout the year.

Marist School – Just behind South Forsyth in their past two showings, Double Dip and Warth Invitational, these Lady War Eagles are out to prove themselves. Front-runners senior Josie Wirtz and Junior Kathleen Maley, followed by a tight pack 3-5, are a tough 1-2 punch to overcome for the other teams. These two ladies should both place in the top 10, scoring big points in the deep field of runners.

Landmark Christian School – Coached by the legendary Bill Thorn, the Landmark War Eagles consistently have one of the top girls programs over the last 10 years from all classifications. The team is led by Erin Fegans, whose sister Nicole Fegans was the 1A private state champion and Footlocker finalist in 2016.  The sophomore is already turning out to be one of the best in Georgia despite her young age. Landmark’s top three runners should all finish within the top 20, but they struggle with depth as they drop off from 4-5. If these ladies want to take home some hardware, they will need to race their hearts out and give it their all.

Harrison High School – The defending 6A state champions have had a solid season led by senior Kira Stanley, who boasts an 18:53 PR. Harrison will need to work on bringing their 3-5 runners up during the race if they want to defend a top five position. There are several other teams in the hunt, including Florida’s #4 Winter Park.

Individual Race
Erin Leonard – Jones County High School
Boasting the top time in the state this season in a blazing 17:37 on her home course in Jones County, Erin Leonard is the clear favorite for this race. The next runner is over 45 seconds behind her based on season bests. This will be Leonard’s first meet where she won’t be running alone out front, so we will see if she is able to race when the pressure is on. 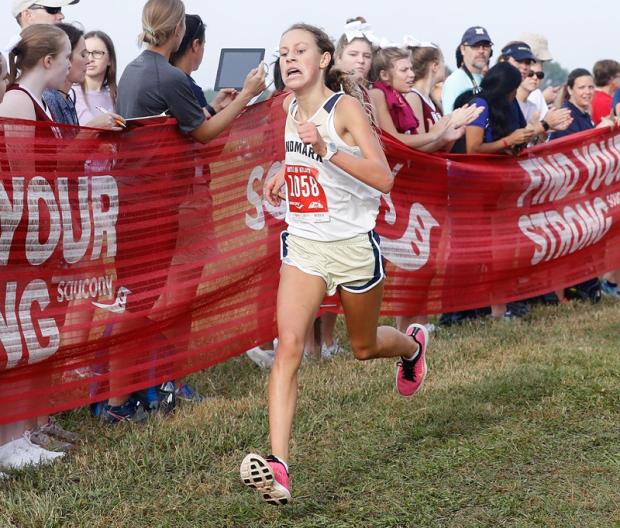 Erin Fegans – Landmark Christian
Erin comes into the Wingfoot XC Classic having only lost one race. The Battle of Atlanta champion has a season best of 18:24 and leads her team to a top all-class ranking. This sophomore runs with great experience, following the footsteps of her sister Nicole, as she hopes to challenge Leonard for the top spot.

Elizabeth Funderburk – Colquitt County
Funderburk is on fire this year. After running one of the gutsiest races at the 2016 state championships, she exploded in the 2017 fall season. She has run one of the fastest times in the state and a blazing season best of 18:25 on the state meet course in Carrollton two weeks ago. The Wingfoot XC course does not have the hill that Carrollton has, so we can expect Funderburk to be right up in the front group, chasing that 18-minute mark and hoping to the be second girl to break it this year.

Meredith Helton – Brentwood Academy
Meredith Helton hails from Tennessee and is the only out-of-state runner who could likely challenge the Georgia talent for a top three spot. Helton’s 18:29 at the Chickasaw Trails Invite, the site of the Jesse Owens Invitational, placed her second overall. Having raced only twice at this point in the season, Helton surely has more time to drop as the season progresses. This field of ladies is the place where that should happen. If Helton finds herself in the front group with Funderburk, Fegans, and Leonard, she will certainly be making the most of her trip to Georgia. 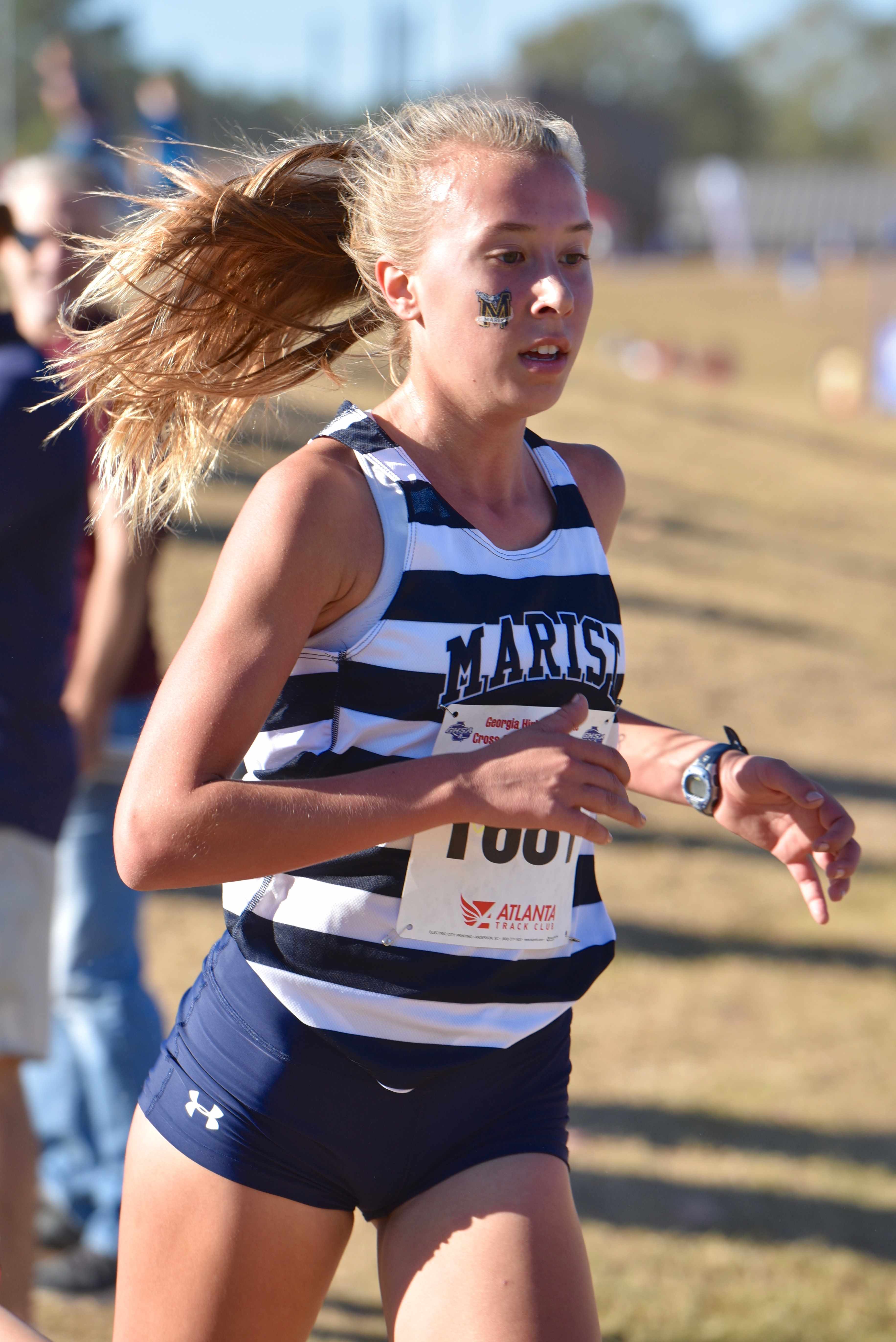 Josie Wirtz – Marist School
Josie Wirtz is no stranger to leading the pack. The 2016 4A state champion and 2015 state runner-up knows how to run when the pressure is on. Placing fourth last week at the Warpath Invitational and winning her home meet the Coach Benson Double Dip, Wirtz shows she has strength and speed. She will need both in Cartersville. The course has a few long hills and some flying flats. Wirtz will need to use her experience to maintain a top position.