In the Wingfoot Mile, the Club will host the top middle school and high school milers from across the state, including a number of athletes from the Powerade All-Metro Track & Field team. Then, the elites take center stage at 9:10 for the elite mile. With $1250 on the line, Atlanta Track Club Elite’s men and women will try to defend home turf. On the men’s side, more than 10 athletes might get under 4:00, including Daniel Herrera, who will try to set the Mexican national record at the meet.

Get ready for the night with this primer on who to watch and what to watch for. See the full event schedule here.

The men’s elite race will be some of the fiercest competition in All Comers history and the fastest mile in Georgia all year. The field is stacked with Olympians, NCAA Champions, runners who have gone under 4:00, and a whole bunch looking to get under the barrier. The race starts at 9:20 p.m. and you can make your predictions for the race here:

Let’s start with the home runners:

Brandon Lasater enters this race on fire. In the last two weeks, the former Georgia Tech runner has shaved more than a second off his 800m PR, first winning the All Comers elite 800m in 1:47 flat, then smashing that time with a 1:45.85 at the USATF Georgia Dream 800m on Saturday. In both races, Lasater has shown off an incredible closing kick: On Saturday, he went from sixth to first in the final 120m, sprinting past a collection of Olympians and NCAA champions on the outside. 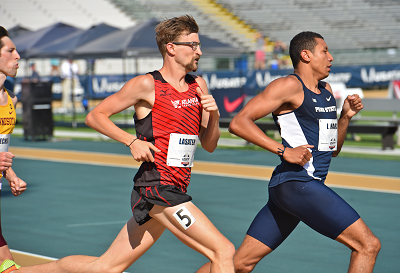 Lasater has broken 4:00 at the last two All Comers elite miles. If he can stay in the race, he’ll look to finish with that same kind of closing speed and steal it at the end.

Ed Kemboi, Atlanta Track Club Elite’s newest addition, goes into this race looking to win and shake off the cobwebs and some minor injuries that have bothered him to start the season. Kemboi won the 2015 NCAA Indoor and Outdoor Championships in the 800m and has posted a 3:39.02 PR in the 1500. He’ll hope to get his first victory on the track in an Atlanta Track Club jersey.

Brandon Hazouri will also represent the Club and try to get under 4:00 for the first time. Hazouri’s personal best is 4:00.5, so a quick race on home turf will help him try to eke under the barrier.

Probably the favorite entering the race given his current form, Nike’s Sam McEntee has posted a season’s best of 3:38.51 in the 1500m and recently took the win at the Medtronic TC 1-Mile in Minneapolis. The four-time All-American and 2016 Olympian in the 5K edged out Daniel Herrera in that race, and the two will share the track here again as Herrera tries to overturn that victory. Herrera, who runs for High Performance West, will be trying to set the Mexican national record in this race and needs to break 3:57.34 to do so.

Ford Palmer of HOKA NJ-NY Track Club, sporting a PR of 3:54.92 (indoors), will also be in serious contention in this race, although his high water mark this season has been just 4:00.42.

Sampson Laari and Ryan Adams, both running unattached, along with Rob Napolitano, will also try to make some noise in this race, as all have gone under 4:00 before. Willy Fink and Daniel Jaskowak, both of Virginia Tech Elite, and Matt Giannino will join Hazouri as they try to get under 4:00.

The top dogs in this race are unquestionably the two women from HOKA NJ-NY Track Club, Stephanie Schappert and Heather Wilson. Schappert was a two-time NCAA All-American at Villanova and has posted a PR of 4:30.07 and Wilson was also an All-American who set the 800m record in 2:05.18. Her PR of 4:29.39 makes her the favorite heading into the race.

In the girls’ field, four runners have already broken five minutes this year, and the rest of the field is right on the bubble. Westminster School junior Naima Turbes enters as the unquestioned favorite after she took home the GHSA 3A State Championship in the 1600m and 800m. Seeded at 4:50.26, Turbes finished second in last year’s Wingfoot Mile and will be looking to take the title this time around. 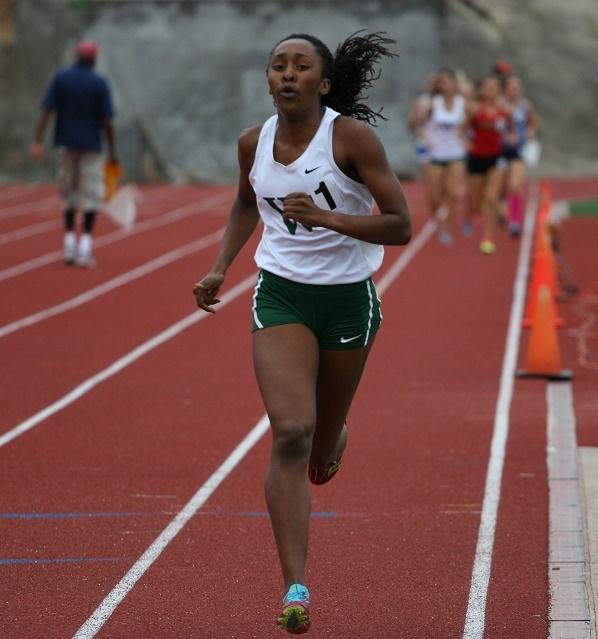 Jackie Addy, Reagan Mahoney and Brenda Ayuk will be right on her tail though. All are juniors who have broken 5:00. Addy was the 1A Private runner-up in the 1600m and 800m, and Ayuk won the 5A state title in both events.

Ani Henderson and Ellie Hall, both of Marietta High School, will be looking to get under 5:00, as both have run 5:00.9.

Seven state champions enter this race, but only one will leave with the Wingfoot Mile title.
The favorite is unquestionably Scott Thompson, a late addition to this race from Brentwood High School in Tennesee. Thompson has run a 4:08 mile and placed second in the mile in the Millrose Games' high school division. On top of that, he was the Tenneesse indoor 800m and mile state champion and has run an 8:57 3200m.
Two Georgians will battle with him at the front, though:  East Coweta’s Kyle Harkabus and Trinity Christian’s Jacob McLeod. Harkabus has made waves with a stellar sophomore season, qualifying for the Foot Locker Cross Country National Championships and winning the state title in both the 800m and 1600m. McLeod, a senior, was the Wingfoot XC Classic Champion, qualified for Foot Locker in 2016, and has posted the top time in Georgia in the 3200m.

Harkabus has the fastest time in the mile at 4:13.4, meaning this race figures to be a fascinating clash of style between two of the state’s top runners.

Contested for the first time at All Comers, the freshman mile division features a strong pack of runners led by Kamari Miller of Marietta High School. His 4:25 personal best makes him the favorite, but Zack Truitt,Alex DeBoy and Andrew Jones have all run 4:33.1 or faster and will be looking to chase him down.

Led by Paideia’s Luna McCauley, this race figures to be a close one as some of Atlanta’s fastest go head to head. McCauley has posted a 5:24 earlier in the season and will be chased by Abigail McHoul and Haley Davis of the Dekalb Trailblazers. Clara and Heidi Heppner, both of Atlanta Track Club, have run 5:36 and will be looking to stay with McCauley, who was the 1600m middle school state champion.

With eight boys seeded under five minutes, this will be one of the most competitive races of the year on the middle school calendar.

Joey Voss of Alpha Crush Running Club has posted a 4:44.3 earlier in the season and is the favorite heading into the race. But a pack of four runners behind him will be looking to close the gap and get under 4:50 for the first time, including Atlanta Track Club’s Edward and George Blaha.