At 53, Colleen de Reuck Takes the Long Way Around

Atlanta -- June 27, 2017 -- “A lot of things we attribute to old age is just because people stop doing things. It’s a good lesson to look at her. Colleen is re-writing what aging is and what we are capable of.”  - Lorraine Moller, who herself won bronze in the 1992 Olympic marathon at the age of 37

Colleen de Reuck wasn’t out to prove anything. Mostly, the four-time Olympian (1992-2004) just wanted to keep hanging out with her training buddies.

She needed a new goal 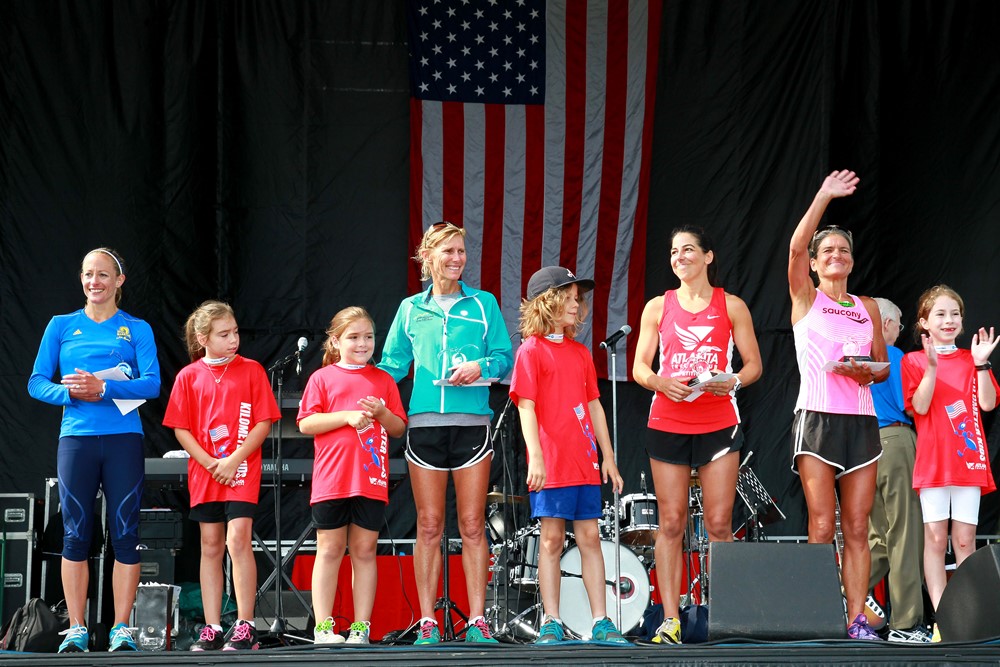 . Something different.  Something where she could just have fun.

After finishing 35th at the 2012 Olympic Marathon Trials (an event she won in 2004 at the age of 39, the oldest woman to do so), de Reuck revived her athletic spirit by jumping into the world of triathlon. Quickly working her way up from the sprint distance, she qualified for the 2015 Ironman World Championships in Kona, where she won her 50-54 age group.

“Whether you want to win the masters division or grandmasters or break a certain time or just finish a race, it’s important to have a goal,” said de Reuck, who at 53 is also a personal trainer and coach of the Boulder Striders. Plus, for older athletes trying to keep the spark alive, it’s important “that you just go out and do stuff that you enjoy.”

Knowing that she would be fit after training for the 2016 Olympic Marathon Trials (in which she was the oldest competitor, period), de Reuck figured it would be a good year to do the iconic race known simply as Comrades.

For de Reuck, running one of the most famous ultramarathons in the world wasn’t an “if,” but merely a “when.” Her father did South Africa’s 56-mile Comrades Marathon 15 times; her younger brother, 10. Her oldest brother has run it four times and even her sister-in-law did it once. She was way behind.

After warming up by smashing the world age-group record for 50K on the way to finishing fifth overall in Cape Town’s 56-kilometer Two Oceans Marathon in March 2016, de Reuck made her Comrades debut two months later. She finished seventh, winning her age group by almost an hour and a half.

Did she say “enjoy?”

“I didn’t know what I was getting myself into,” admitted de Reuck, despite a near birthright to the event. Comrades alternates “up” and “down” years, and 2016 was a down: There are still plenty of hills, but the overall elevation drop is 7000 feet. She struggled near the end, finishing seventh among women but cramping badly.

De Reuck went back this year “to fix it,” and finished seventh again. Things went better, but her hamstrings cramped so she’s already thinking of returning in 2018 to rectify that.

“Isn’t that why we always come back?” she asked, speculating that she wouldn’t mind improving her Ironman bike time back in Kona someday, either.

On July 4, de Reuck will return to the starting line of the AJC Peachtree Road Race, which she last ran in 2014 after several top 10 finishes, including third in 2004, during her competitive career. Her older daughter, Tasmin, can’t make it; the 22-year-old is job hunting after graduating from college. But her younger daughter, Tara—who turns 10 on race day—will be there to cheer mom on.

In September, de Reuck will chase a half Ironman age-group win at the Ironman 70.3 World Championship in Chattanooga, TN. She’s drawn the line, though. “I’m not going to do a 100-miler, that’s for sure,” she said. “That’s crazy.” Pause.