ATLANTA – December 7, 2018 - WXIA-TV is the Official Television Partner of the AJC Peachtree Road Race through 2021, Atlanta Track Club announced today. The a 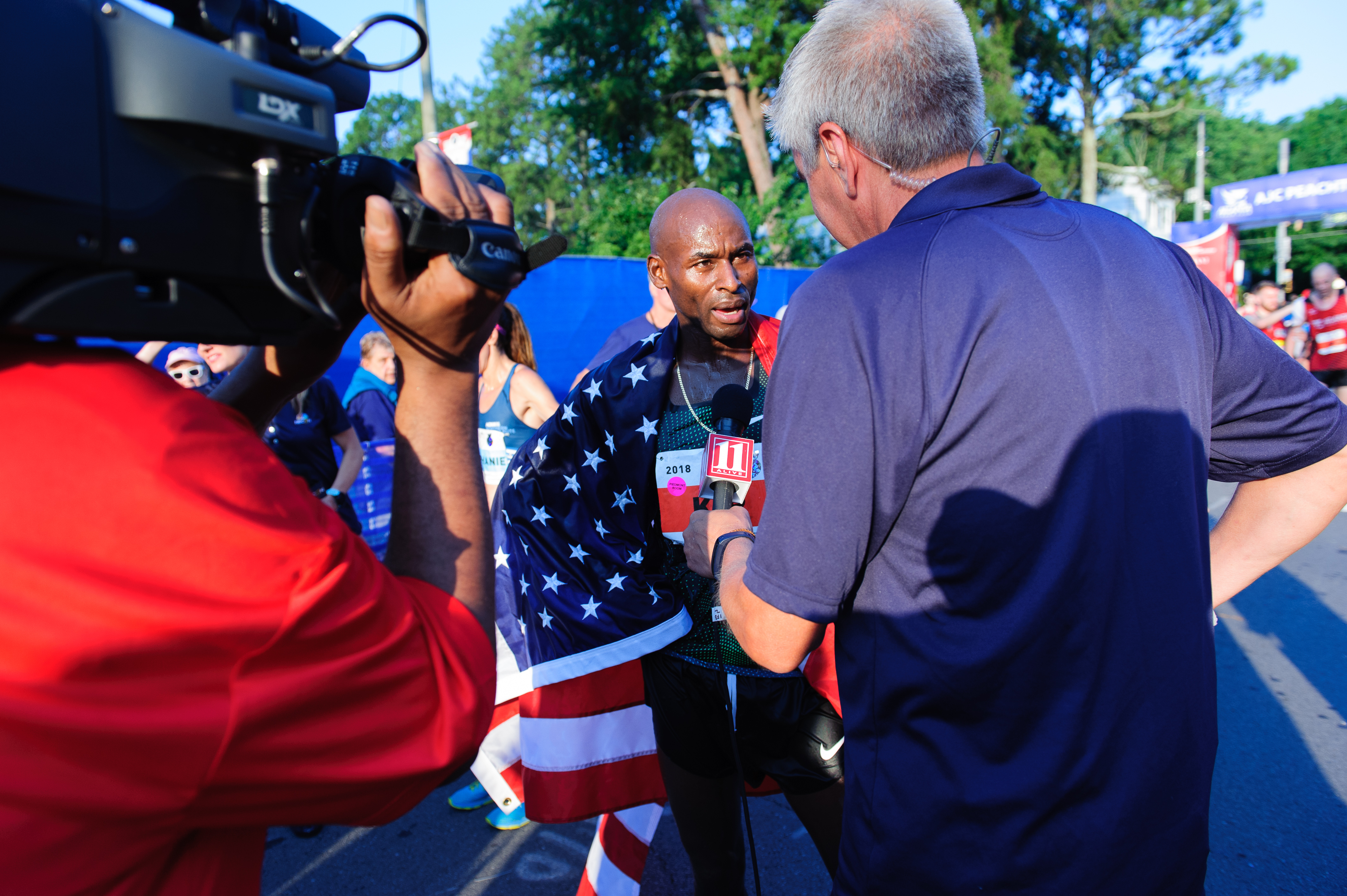 nnouncement extends the partnership between Atlanta’s NBC affiliate and the world’s largest 10K that began in 2016.

WXIA-TV, known to viewers as 11Alive, will produce and air live coverage of the annual July 4 race as well as the most comprehensive pre-race and post-race coverage on its newscasts, websites and social media channels.

“11Alive understands the importance of the AJC Peachtree Road Race within the Atlanta community and within the global running world,” said Rich Kenah, Atlanta Track Club’s executive director. “We are proud to continue working with the station that so many Atlantans know and trust to help us tell the story of what is happening here in Running City USA.”

The 2019 AJC Peachtree Road Race will mark the 50th running of the iconic event. 11Alive is planning a special broadcast highlighting the race’s history, legacy and legends on July 3, 2019 in addition to the more than four hours of live race coverage and a primetime special that will air on July 4.

“11Alive is thrilled to continue our partnership with Atlanta Track Club to broadcast the AJC Peachtree Road Race to metro Atlanta and beyond,” said John Deushane, 11Alive President and General Manager. “The pride in our city on the Fourth of July is electric and bringing the world’s largest 10K to life on live TV is an honor that we look forward to every summer.”

Throughout the year, 11Alive will provide coverage of other Atlanta Track Club events such as the Powerade All Metro Cross Country and Track & Field banquets, the Publix Atlanta Marathon and the Olympic Team Trials – Marathon which will be held in Atlanta in February of 2020.

The 50th AJC Peachtree Road Race will be held July 4, 2019. Registration for Atlanta Track Club members and for the lottery is open March 15-31.