Atlanta Track Club’s 59 athletes collected 814 points to win the meet for the second time in the three years. The team also won more than 40 individual or relay titles.

Susan Aderhold, 71, who won gold in every event in which she competed, won seven of those titles. Another three were claimed by Cheryl Wolfsinger who won the W50-54 weight, super weight and shotput. “Never in my wildest dreams did I think I would sweep them,” said Wolfsinger, who picked up the sport just four years ago. “Anytime I come away with a medal, I am excited. So, to have three golds is pretty special.” Wolfsinger, the CEO of an Atlanta-based non-profit, plans to focus on the hammer this upcoming outdoor season.

Besides gold medals, Atlanta Track Club athletes hold five new world record and seven new American records. The world record and two of the American records belong to 94-year-old Betty Lindberg who made her indoor track and field debut this week. Saturday, Lindberg won the W90-94 mile in 15.15.58 which is the best indoor mile ever run by a woman in that age group. She came back Sunday to win the 200m in 1:15.77, shattering the old record by more than seven seconds. 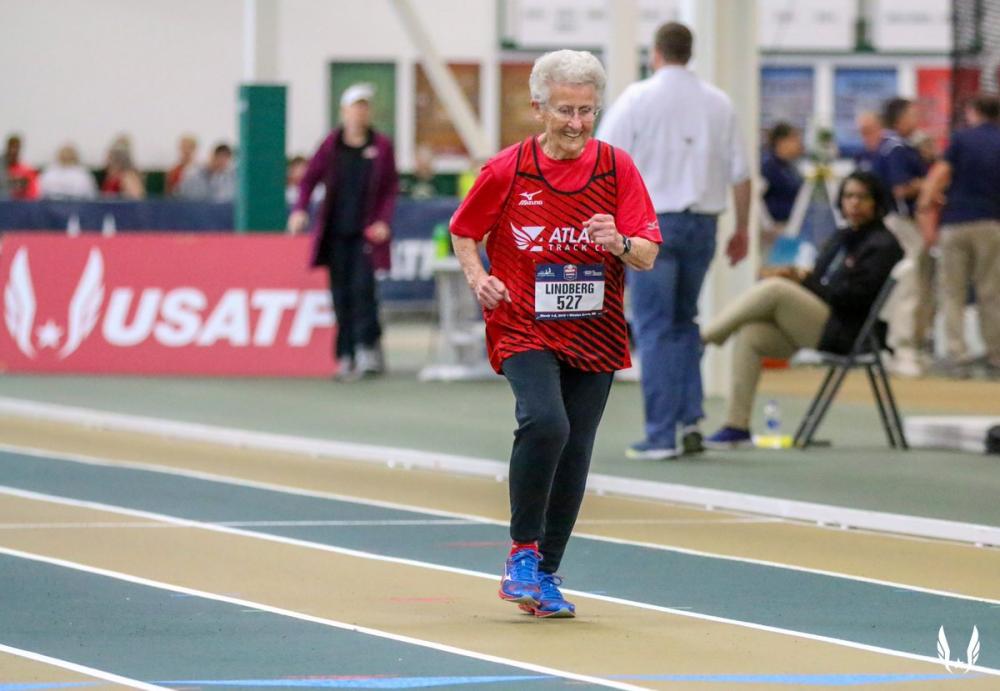 I just thought I could start and finish and that would be enough,” said Lindberg of her expectations heading into the meet. When asked after the meet what she planned to focus on next, she jokingly responded “getting home,” before admitting she was looking forward to the outdoor track and field season. Lindberg already holds the world record in the W90-94 800m outdoors and the American record in the W90-94 400m outdoors.

Gerald Miller set a new American record in the one mile race walk for M75-79 with his winning time of 10:16.23. Miller’s performance broke the previous record by more than one minute. Miller was also on the world-record setting 4x800m relay team along with Maurice McDonald, Fred Motz and William Wuth.