ATLANTA – May 4, 2017 - It’s one of the most anticipated track and field meets of the outdoor season and members of Atlanta Track Club Elite are there. Six Atlanta Track Club athletes are entered in the Payton Jordan Invitational at Stanford University Friday evening, a meet the track and field website Flotrack is dubbing “The Greatest Payton Jordan Invite Ever.” (It should be noted that Flotrack is broadcasting the meet on its FloPro platform.)

“The team is in a great place,” says Atlanta Track Club Coach Andrew Begley.  “We have built momentum, coming off of the indoor season.  We've had some great workouts, so there is excitement to reap the benefits from that work.  As coaches, our goal would be to get at least one national qualifier out of the weekend.” 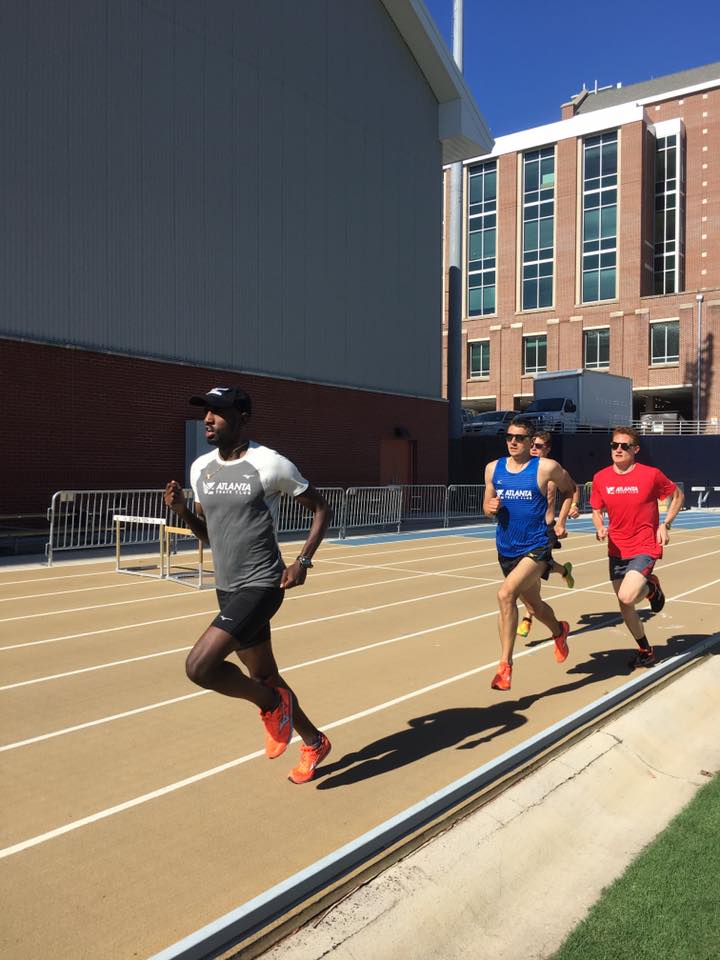 The meet will be broadcast on FloPro (Subscription required). Here is a list of Atlanta Track Club runners you can watch, if you are willing to stay up late for some great competition..

Men’s 5K – 11:55 p.m. – Jim Rosa & Rob Mullett. It’s a homecoming for Jim Rosa. Rosa, who holds the 9th fastest 10K time in Stanford school history will return to his alma mater for the first time in heat two of the 5K. He is joined by teammate and Olympic steeplechaser Rob Mullett in a race that also includes 2016 Olympic 1500 Gold Medalist Matt Centrowitz, who will be racing his first 5K in three years.

Photo: Left to Right: Erassa, Mullett and Rosa in their final workout before the Payton Jordan Invitational