ATLANTA – January 8, 2019 - Atlanta Track Club welcomed new members of its Board of Directors, approved changes to its bylaws, addressed a price increase and change of registration dates  to the AJC Peachtree Road Race, announced new membership initiatives and unveiled the course for the 2020 U.S. Olympic Team Trials Marathon and at a busy Annual Business Meeting and Town Hall Monday night.

Board chair Shawn Hardister was re-elected to a third and final three-year term on the board. Also re-elected were Erica Jolly Brookes, Katie Kirkpatrick and Ryan Purcell. Aparna Sharma and Eric Heintz were elected as new members of the board.

The Club announced a change to the pricing for entry into the AJC Peachtree Road Race. Starting 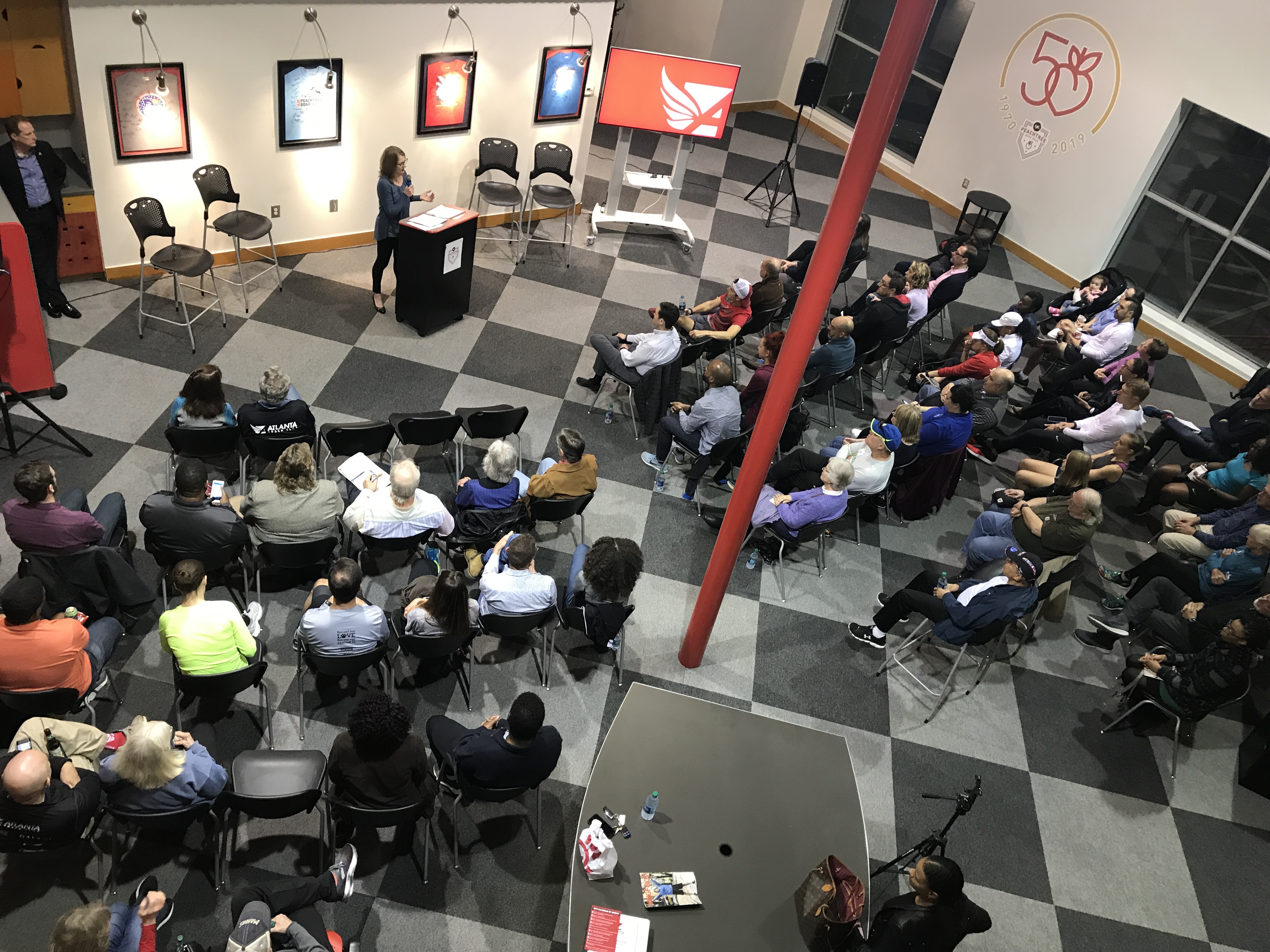 Registration dates for the AJC Peachtree Road Race will also change in 2019. Member and lottery registration will happen simultaneously from March 15-31, 2019.

Atlanta Track Club will host Club Night at Piedmont Park on Tuesday evenings beginning January 15. Club Night will be a free, informal opportunity for members of all abilities and speed to work out together at the park’s Active Oval. Weekly workouts will be posted on the Club Night Facebook page. Runners will gather at 6:30 p.m. at the stairs on the west side of the oval with the workouts designed by the Club’s coaches but self-administered by members. There will be three 12-week Club Night series with the second series happening in the spring and the third in the summer.

The Club will host quarterly social events in 2019. These replace the annual social that was traditionally held in January. The social events are as follows:

More details on the events will be announced in the coming months.

The Club reviewed the course for the 2020 U.S. Olympic Team Trials – Marathon which will be held February 29, 2020. The course was released on January 7 and details can be found here.