ATLANTA — February 20, 2017 — If someone were searching for a member of Atlanta Track Club at the Albuquerque Convention Center this weekend, their best bet would have been to head for the podium. The Club’s Elite Masters team racked up nine gold medals, four silver medals and three bronze medals at the USATF Masters Indoor Championships.

Sonja Friend-Uhl and Jeanne Daprano accounted for four of the nine gold medals. With Daprano’s gold came two new age group records for the W80-84 division. Her time of 3:53.53 in the 800m shattered the previous record of 4:49.72 set by Irene Obera in 2015. The Fayetteville, Georgia resident also claimed a new record in the mile with her time of 8:52.77. It bested the old record of 10:54.48 set by Gerry Davidson in 2005 by more than two minutes. Daprano also holds nine world age group records and now six American age group records. 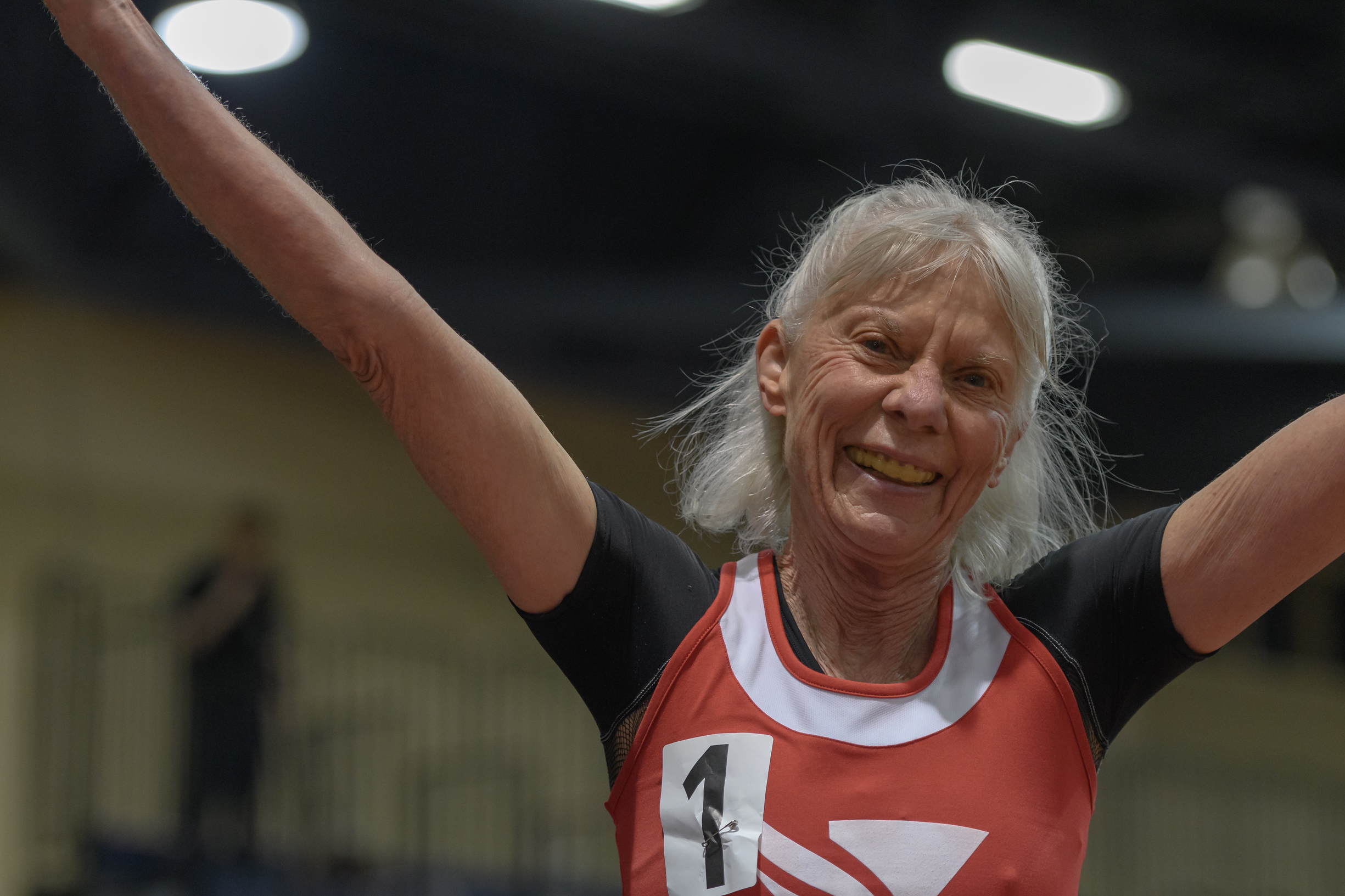 One of Friend-Uhl’s gold medals also came in the mile. The master’s track and field world record holder in the mile, ran 5:11.47 at altitude to claim victory. Friend-Uhl was also victorious in the 800m with her time of 2:18.69. “I was pleased to win the 800 and the mile, but I was disappointed with my times,” said Friend-Uhl. “The altitude was a factor of course, but I just didn’t feel 100% this weekend,” she said. 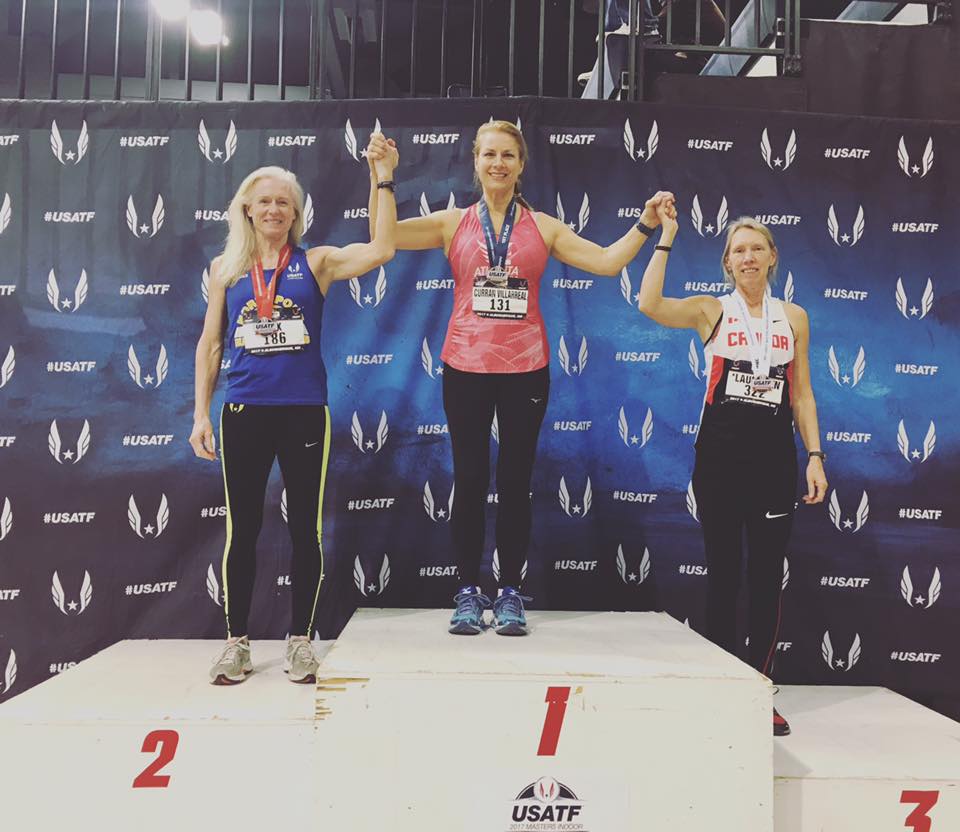 Atlanta Track Club’s other five golds came in the field events. Julia Curran-Villarreal, 55, remains undefeated since 2015 in national championship meets. She cleared 1.30m in the high jump to win her fifth national title in three years. “I thought it would be close, and it was,” said Curran-Villarreal of her slim victory over Vicki Fox of the Northport Running Club. “I knew I had to clear the first jump on each height and that ended up winning me the gold medal.” Curran-Villarreal says she will now go for the W55 American record in outdoor track. James Sauers, 68, won the gold medal in the M65-69 High Jump, clearing 1.55 to best his closest competition by 5cm. 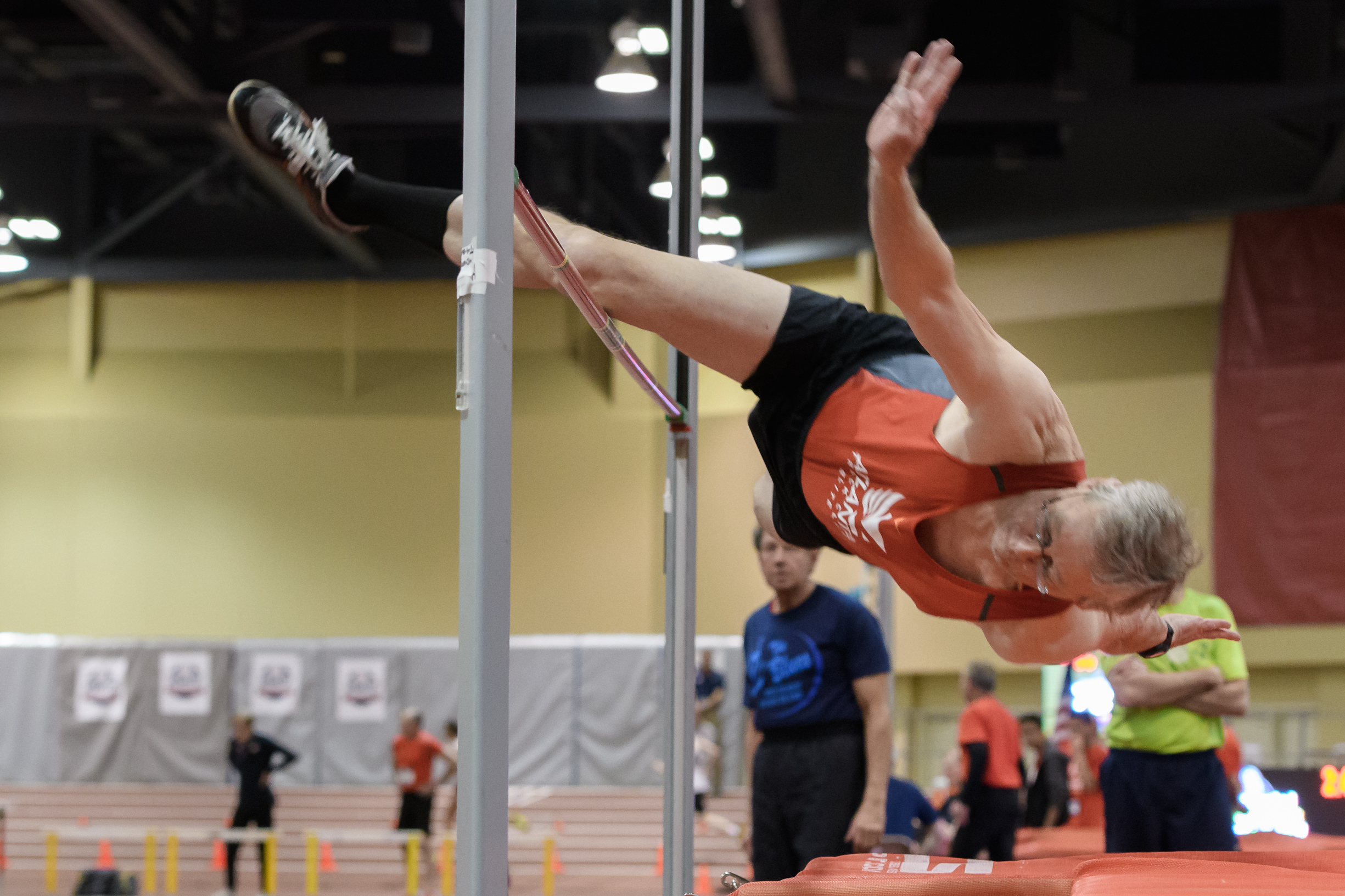 Catherine Radle, 73,  won two gold medals. Her first came in the W70-74 high jump wher she cleared 1.05 for the victory. She also won the W70-74 pole vault with her jump of 1.60m.
Radle’s husband, Sid Davis, 82, was the champion of the M80-84 weight throw with his throw of 10.04m. The couple both took up field events in the past three years as they have cut back on their running. For Radle, currently ranked number one in the United States in the W70-74 pole vault, the idea to start jumping came after watching the pole vault at an Atlanta Track Club All-Comers Meet. Shortly after, Davis got her pole vaulting lessons for her birthday. “We are a work in progress,” he says. “Both of us could get a whole lot better.” Davis says both he and Radle’s goal for the outdoor season is to improve their personal bests. “We are focusing on just improving our skill, remaining healthy and being more potent representatives of Atlanta Track Club.”
Atlanta Track Club athletes won a pair of silver medals in the 400m and 800m. Friend-Uhl ran 1:01.96 in the W45-49 division while Durran Dunn ran 56.8 in the M35-39 division of the 400. Friend-Uhl said she had the most fun racing the 400 and it felt like her best performance. David Wilkes time of 2:20.09 placed him second in the M55-59 division of the 800 and Reginald Mason’s time of 2:30.53 placed second in the M60-64 division. 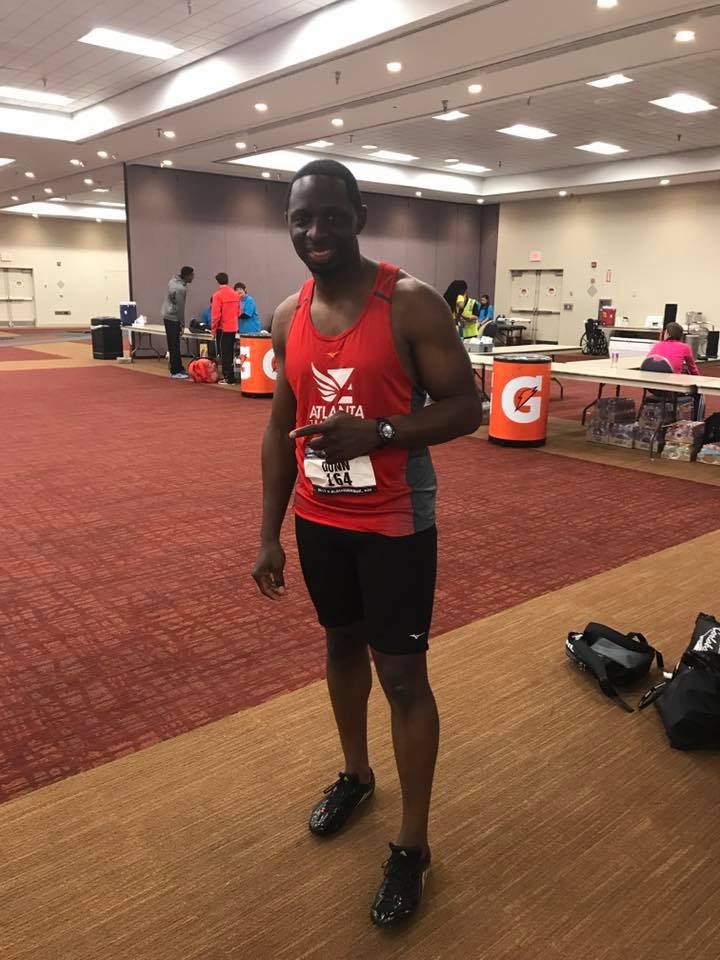