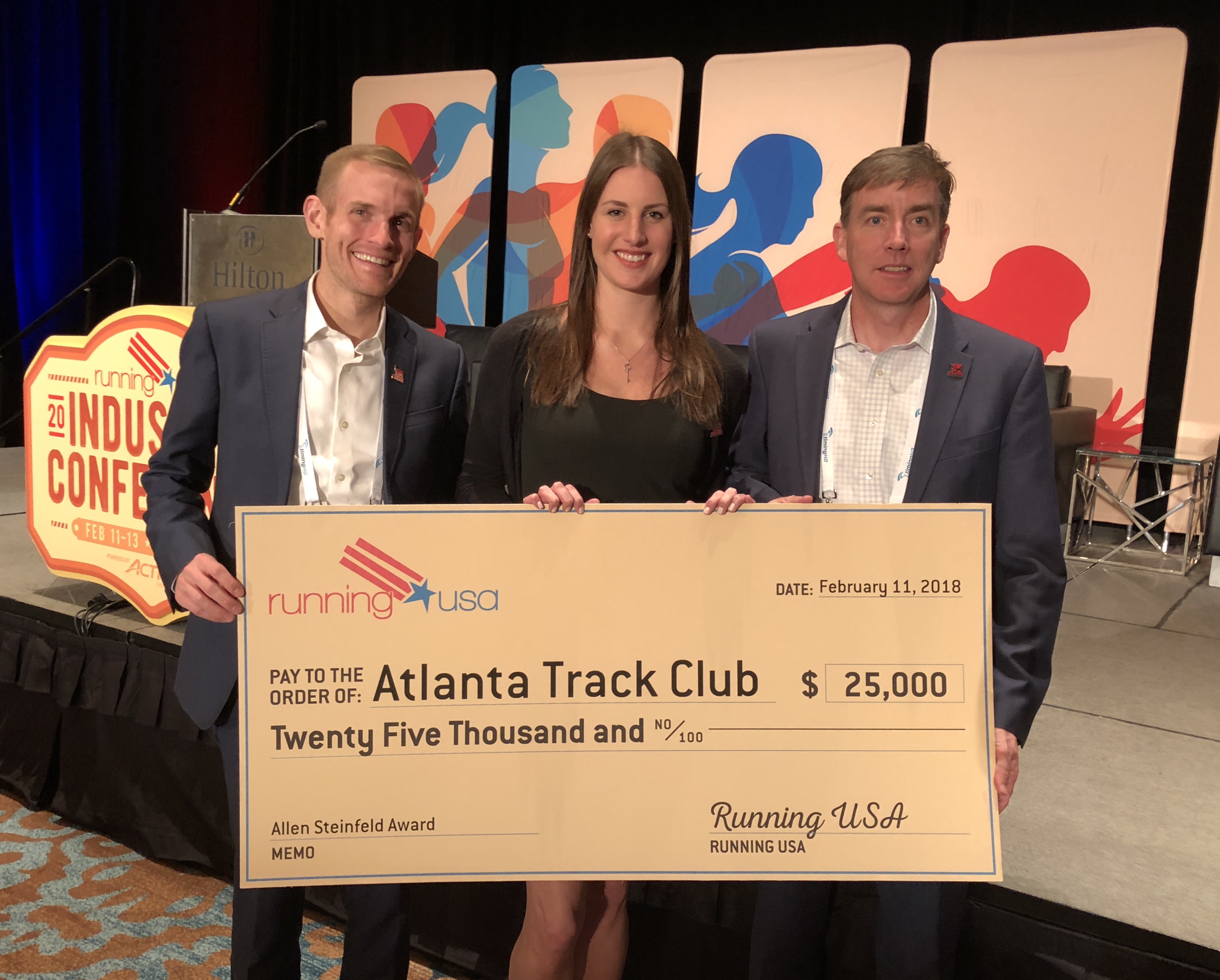 AUSTIN, TX – February 11, 2018 -- Atlanta Track Club has $25,000 to put toward its goal of sending at least one athlete to the 2020 Olympic Games in Tokyo. The club was honored with the Allen Steinfeld Devlopment Award Sunday night at the 2018 Running USA Industry Conference in Austin.

The award, named for the former New York Road Runners President & CEO who passed away in 2017, is granted annually to an elite athlete development program whose athletes aspire to compete at the highest levels of international track and field and road racing. “Atlanta Track Club’s elite athletes embrace

the core values of this organization – community, camaraderie and competition – as they work day in and day out to achieve their dreams,” said Atlanta Track Club’s Executive Director Rich Kenah who accepted the award on behalf of the club. “We are excited to apply this generous gift to the resources those athletes need to compete agains the best in the world.”

Running USA is a not-for-profit with a stated mission of advancing the growth and success of the running industry. It has been awarding the Allen Steinfeld Development Grant for the past seven years. Past recipients include Furman Elite, Northern Arizona Elite and ZAP Fitness.

The award was one of two major grants handed out at the event. Running USA also presented a $10,000 check to the Hartford Marathon Foundation’s Fit Kids program. Individuals were honored as well.  Running USA inducted Iris Simpson Bush, Executive Director of the Flying Pig Marathon into its Hall of Champions, presented Patrice Matramoros of PR3 (Dick’s Sporting Goods Pittsburgh Marathon) with the Women’s Leadership Award and honored Aaron Nemzer of DMSE Sports with the Rising Star Award.

“Our sport is filled with countless individuals doing amazing work in their communities,” said Rich Harshbarger, Running USA CEO in a release. “Tonight we honored a trio of leaders and two organizations representing the running industry at the highest levels and inspiring runners young and old on a year-round basis.”