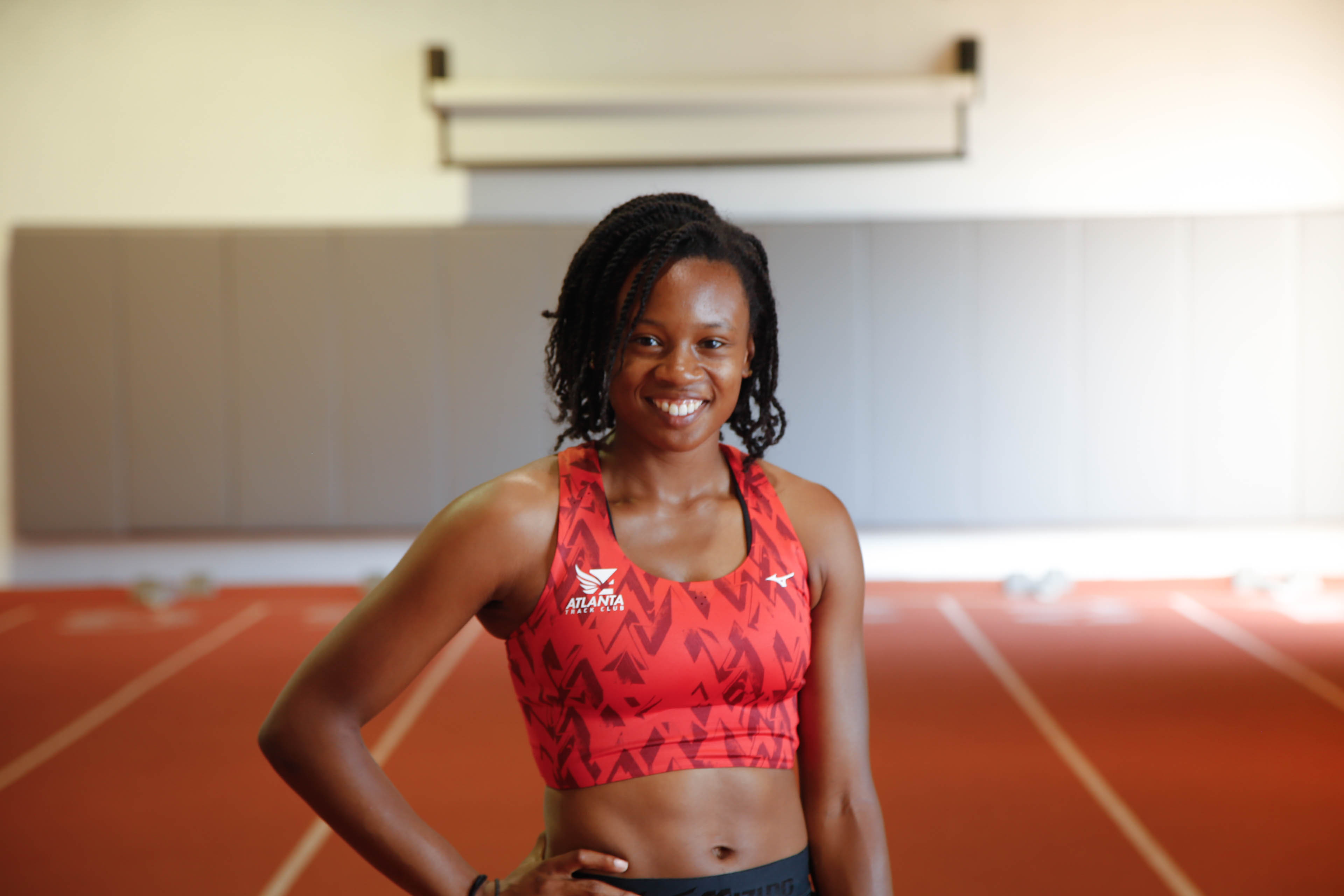 Orji, an eight-time NCAA Champion in the triple jump and long jump was honored at the U.S. Track & Field and Cross Country Coaches Association annual banquet in San Antonio. It was her third time as a finalist. This year, University of Kentucky sprinter Sydney McLaughlin and Arizona State University shot putter Maggie Ewen were fellow finalists. Mike Norman of USC won the men’s award.

“It is such an honor to win the Bowerman especially with such an extremely talented and successful group of finalists,” said Orji. “This is a great way to officially close out my NCAA career.”

Named for legendary University of Oregon Track & Field Coach Bill Bowerman, The Bowerman has been awarded to the top male and female athlete in NCAA track and field since 2009. The winner is chosen by national and regional media personnel, track & field statisticians, NCAA collegiate administrators, past winners and fans. Past winners include Olympic Medalists Ashton Eaton, Galen Rupp, Brianna Rollins and Atlanta-native Christian Coleman.

This is the second major honor for Orji in 2018. In October, she was named NCAA Woman of the Year for her excellence in athletics, academics, leadership and community service.

Now competing professionally for Atlanta Track Club, as a Bulldog Orji won four outdoor and three indoor titles in the triple jump. She also won one outdoor title in the long jump. In 2016, she was fourth at the Rio Olympics missing the bronze medal by just three centimeters. In 2017, while a student at UGA she founded Amara’s Pride, a mentorship group for young women in the Athens area. Orji is the only woman in history to be nominated for the Bowerman three times.

Orji is currently completing her masters degree in sports management and policy at UGA while training for the USATF Indoor Track & Field Championships in February where she will try to better her American indoor record of 47 feet, 8 inches.