Buchalski Right at Home for her Professional Debut

ATLANTA -- June 30, 2018 -- Allie Buchalski will have plenty of family, friends and local fans cheering for her on July 4 at the AJC Peachtree Road Race, but her high school coach won’t be one of them.

“I’ll be in the back, with all the other slow runners,” said Daniel Brock, the coach at Johns Creek High School.

That doesn’t mean he won’t be thinking about his former star, a six-time Georgia state high school champion, as she toes the Peachtree start line for her professional road-racing debut just 20 miles southeast of her hometown.

“She’s worked very hard for this,” he said. 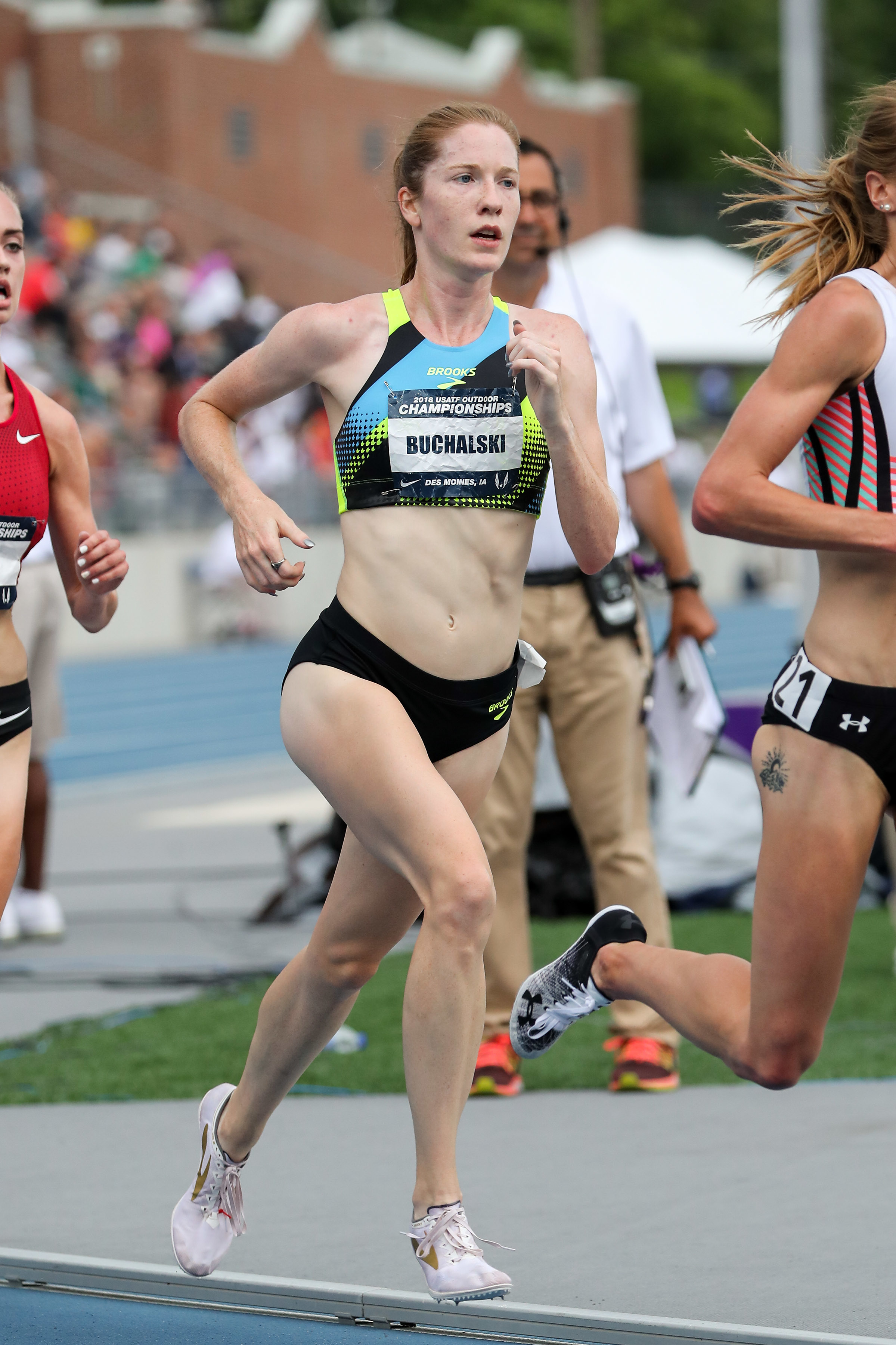 Buchalski, 23, won three state cross country titles (2009, 2011, 2012) and three track titles (3200 meters, 2012 and 2013; 1600 meters, 2012) for the Gladiators. A four-time Atlanta Track Club All-Metro selection in cross country, she was named 2012 AJC Cross Country Female Athlete of the Year and 2012 Georgia Gatorade Runner of the Year before carrying on her success at Furman University. There, she helped ignite the track and cross country program by becoming a seven-time All-American, the first ever for the school, and leading the women’s team to an impressive seventh-place finish at the 2017 NCAA Cross Country Championships in its first-ever appearance.

In her last race wearing the Furman singlet, Buchalski unleashed her strong kick to pass two athletes in the last 40 meters of the women’s 5000 meters at the NCAA Championships on June 9, finishing second. Brock was in the stands with Buchalski’s family.

“That was probably the second-best thing that ever happened to me, besides my daughter being born,” Brock said of watching that final surge.

A few days later came the announcement that Buchalski had signed a pro contract to run for the Seattle-based Brooks Beasts team. It wasn’t the easiest of decisions.

“I’ve never lived more than 2 ½ hours from home, and I’m very close to my family,” said Buchalski. “I had to include a lot of people in that decision.”

Before she packs up and heads to the Pacific Northwest, there’s the Peachtree, which will be her second USA championship race in less than two weeks. Buchalski made her pro debut on the track at the USATF Outdoor Championships on June 24, finishing seventh at 5000 meters.

There was a time, however, when she thought she might be done with the sport. During her freshman year at Furman, Buchalski’s father died on New Year’s Eve in his sleep, leaving her devastated. Then, a stress fracture ruined her outdoor season. With the support of her family and her coach, however, she persevered and flourished, and now she’s ready for the next step.

The biggest challenge on July 4, she said, will be the sheer length of the race – double her usual distance – but at least she’s no stranger to the course. In 2014, she ran it as “kind of a hard effort” while she was home from college for the summer. She’s run other races in the city, too, often joining family members for the Thanksgiving Day 5K (“We’re ‘that family’ for holiday racing”); in 2016, she finished second to Natosha Rogers, a pro athlete who credited Buchalski with pushing her to a fast finish.

Her professional debut on the roads, however, will be something special.

“I’m really excited about doing it in front of people who saw me grow up and progress as a runner,” she said. “And, it’s on the streets of Atlanta.”