ATLANTA – March 5, 2018 -- Active duty members of the armed forces as well as reservists, National Guard and military veterans will be honored and celebrated at the 49th AJC Peachtree Road Race on July 4, 2018. Through a partnership with United Military Care, Atlanta Track Club which organizes the largest road race event in the United States unveiled a commemorative race number design available exclusively to servicemen and women.

The race number design pays tribute to the stars and stripes of the American flag. It will be issued to those who identify as military members during registration for the AJC Peachtree Road Race. “With the race being held on the Fourth of July, we feel it’s incredibly important we recognize the men and women who fight for the freedoms we celebrate on that day,” said Rich Kenah, Atlanta Track Club’s Executive Director. 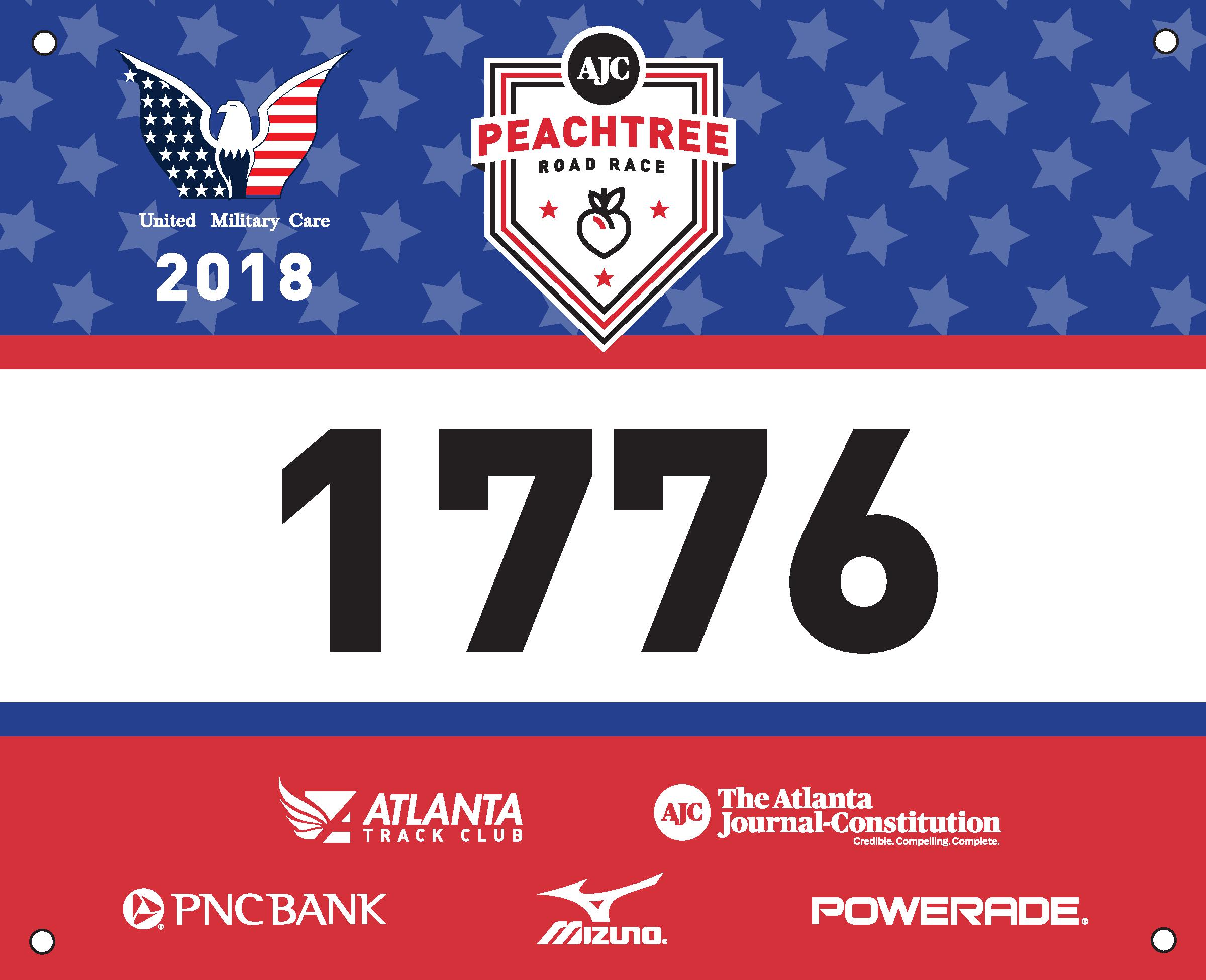 "United Military Care is proud to celebrate the partnership with Atlanta Track Club and the continuing efforts to support and provide healthy regimens and programs to members of our military and their families,” said Kim Scofi, President United Military Care. Our military has served us well, now it is our turn to serve them."

Servicemen and women and veterans will be able to identify as such during member registration (March 1-14) and the Lottery (March 15-22). Members of Atlanta Track Club receive guaranteed entry into the race by registering at atlantatrackclub.org. Non-members must enter a lottery at ajc.com/peachtree. All will receive their race numbers via the U.S. Postal Service or at the Peachtree Health & Fitness Expo July 2 – 3 at the Georgia World Congress Center.

Atlanta Track Club also announced a $5,000 donation to United Military Care as well as an increased effort to provide walking and running solutions and promote health and fitness to the Atlanta-area military community. Additionally, United Military Care will receive 25 complimentary entries into the 49th AJC Peachtree Road Race. A contest will be held to award those entries to military members and veterans who share the story of their fitness journey. Details can be found at http://www.unitedmilitarycare.org/stars-stripes.

“Atlanta Track Club’s mission includes working with our partners to promote the benefits of running and walking to the greater community,” said Kenah. “We look forward to working with United Military Care to bring more active duty, reservists, National Guard and veterans to our more than 40 events and programs throughout the year.”