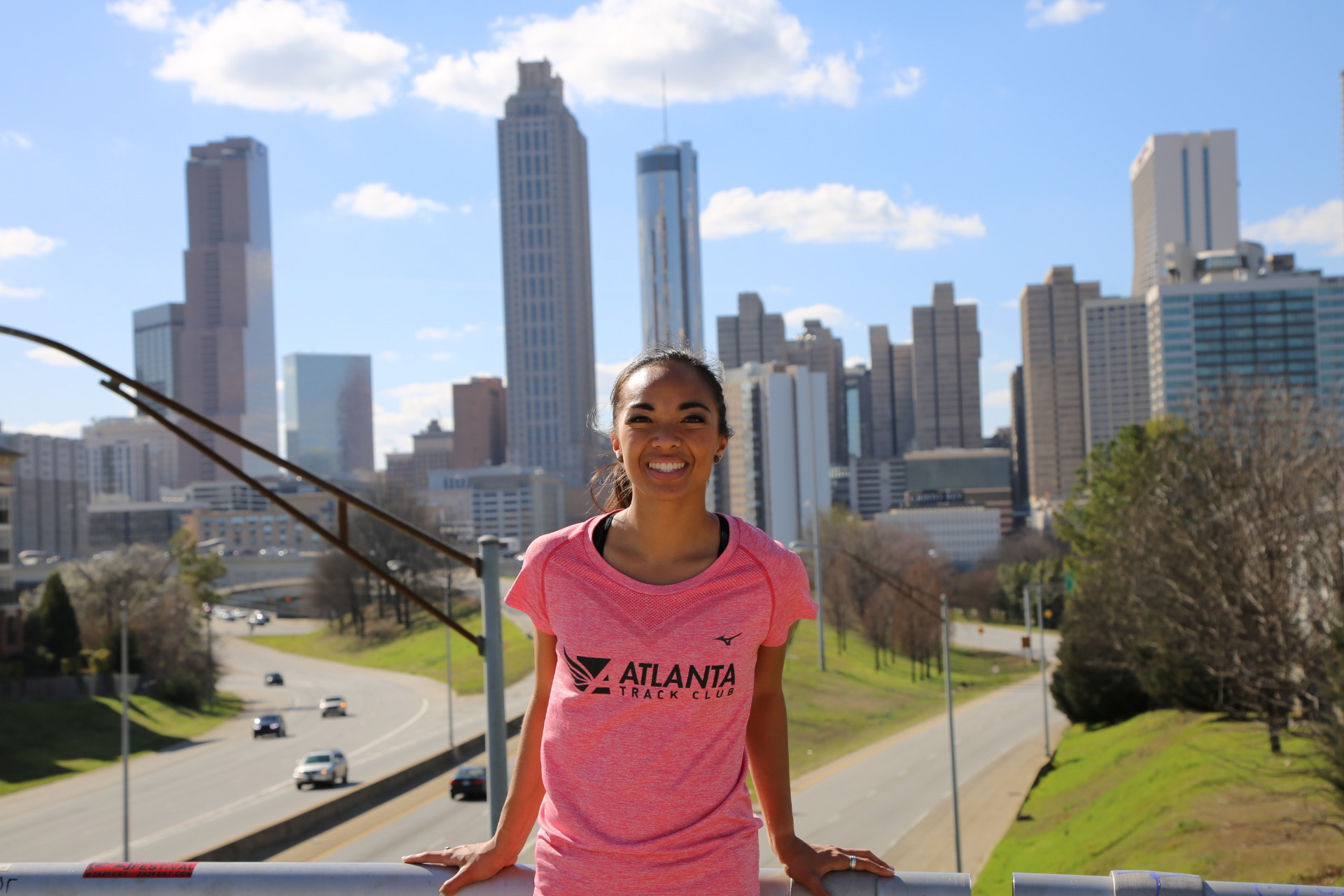 ATLANTA -- April 6, 2017 - The list of school athletics record holders at any university is an elite collection of athletes. At the University of Georgia, it's filled  with sports royalty. On it are basketball legends Dominique Wilkins and Jack Dempsey, Heisman Trophy winner Herschel Walker and three-time Olympic Gold Medalist swimmer Allison Schmidt, to name a few. On the track and field all-time list alone, you'll find Gwen Torrence and Shaunae Miller, both gold medalists. You'll also find one of Atlanta Track Club Elite's newest additions, Megan Malasarte. She's on it twice.

This weekend, Malasarte, a 2014 University of Georgia graduate, will be back in Athens making her outdoor track and field debut in an Atlanta Track Club uniform at the Spec Towns Invitational. It's the first time in more than two years she will set foot on the track on which she estimates she logged more than 250 miles during her collegiate career. "I am sentimental," Malasarte says as she prepares for her 800m race this weekend. "I graduated in December of 2014 and moved to Seattle in January of 2015. Now that I think about it, I have not been back since."

After graduating, Malasarte signed a deal to run professionally with a group in Seattle. She had a promising 2015, placing third in the 600m at the USATF Indoor Track & Field Championships and barely missing the finals of the 800m at the outdoor championships. But 2016 did not go as planned. Malasarte struggled at the indoor championships and failed to qualify for outdoors. By late summer, it was time for a change. "Part of running at this level is that certain things take longer to translate," she says. "I'd run workouts that indicated I could run a 2:01 and felt great in practice, but never felt great in races. I'll never really know why I didn't have the season I wanted."

Through the rough patch, Malasarte says she remained healthy and injury free, so when the opportunity to move back home and train with Atlanta Track Club opened up, she was ready for a fresh start. She won the 600m at the Ocean Breeze Indoor Grand Prix in February and showed promise at the USATF Indoor Track and Field Championships last month. But as she says, sometimes the hard work takes time to translate. "We have been pushing her boundaries in workouts and she has been embracing the process" says Atlanta Track Club Elite Coach Andrew Begley. "It will take some time for all of the work to show through in her races, but when it does the track world will take notice." 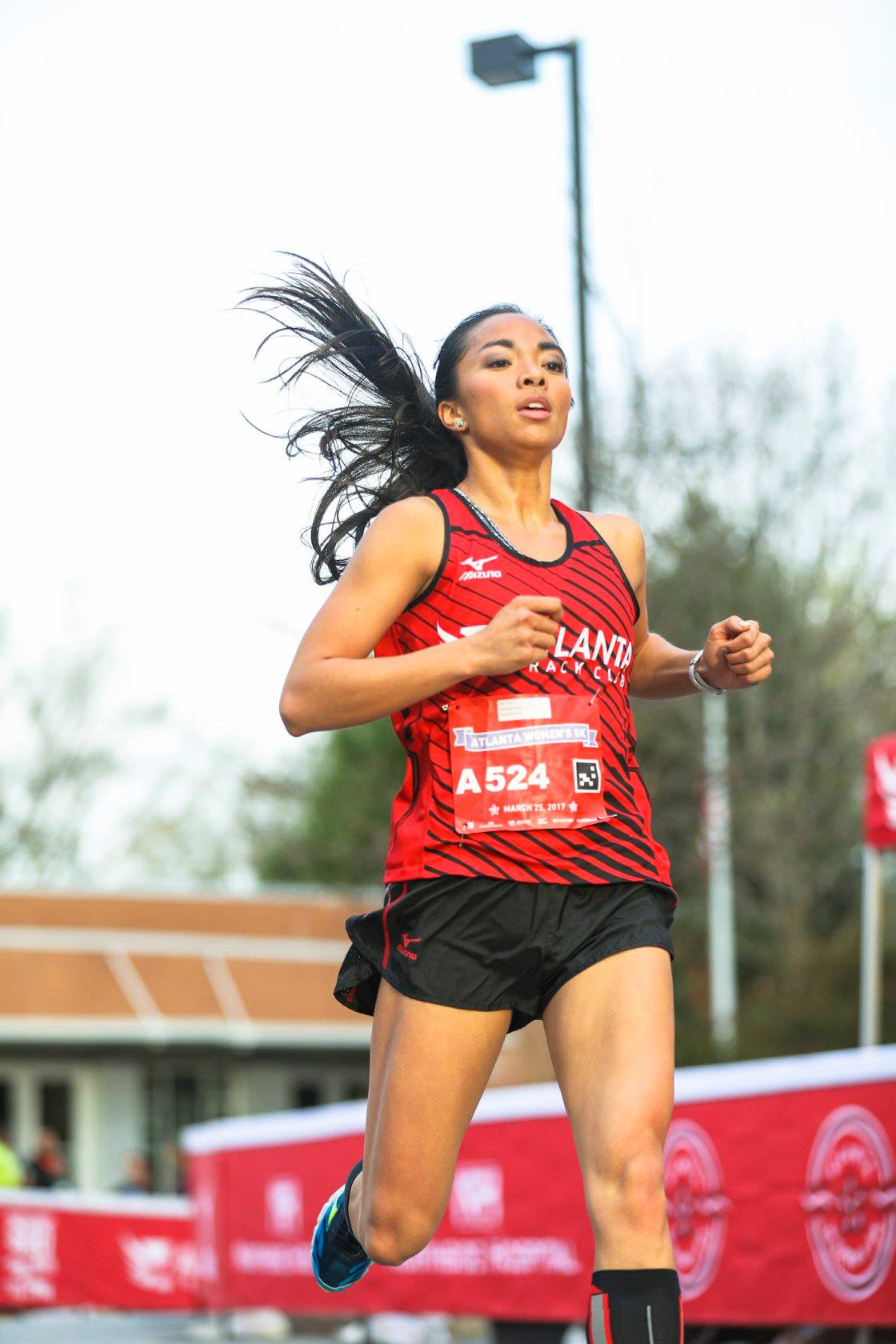 Reflecting on her college career, Malasarte says it was not about the records. "I never researched them," she says. "There was a records board in the locker room and I would glance at the 800, but I never fixated on it. I had other goals in mind. As I worked toward those goals, the records were a bonus." Those records are just two bullet points on a long list of accomplishments during her four years in Athens. She was also on the school's record-setting distance medley relay team and holds the school’s sixth fastest 1500m outdoors. She is a two-time first team All-American and two-time second team All-American and finished fourth in the 800m at the 2014 NCAA Outdoor Track and Field Championships.

With those accomplishments came many fond memories. Among her favorites, she recalls the University of Georgia hosting the SEC Championships her freshman year and winning a 3,000-meter time trial by outkicking the Bulldog's best steeplechaser, NCAA semi-finalist Leslie Boozer, during her senior year. "I didn't know how to run a 3K," she laughs. "The last 200, I remember winding up and kicking as hard as I could. All our sprinters were lining the track, narrating the race and shouting. That's my unofficial 3K PR.” 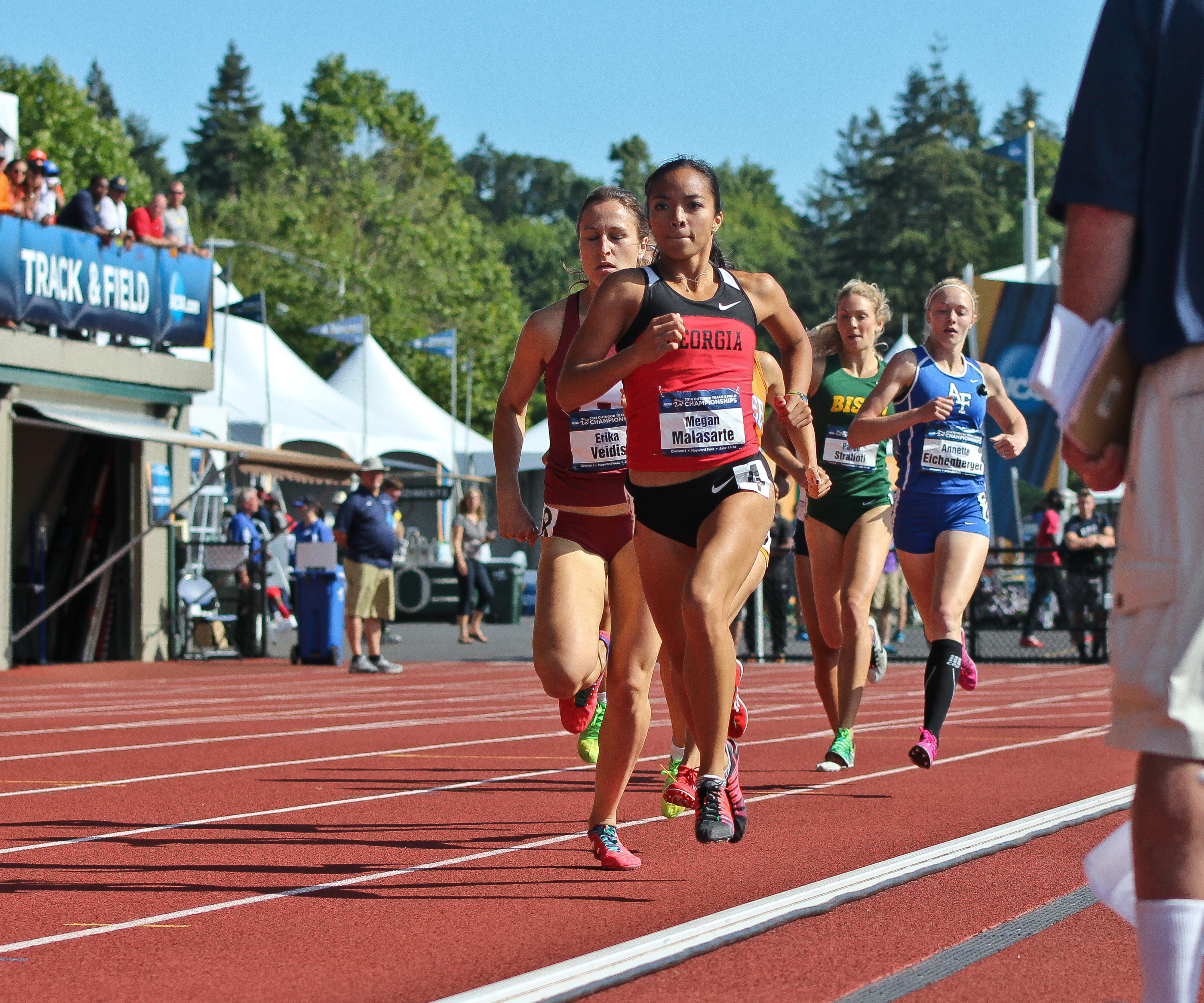 "I think that really showed her how strong she had become," says Pat Cunniff, the Bulldogs Cross Country and Middle Distance and Distance coach who coached Malasarte her junior and senior years. Cunniff recalls his former star athlete had just finished her first season running cross country as an exercise in mental toughness. "Leslie had 50 to 60 meters on Megan at the bell," he says. "She made up that gap on a relatively elite distance runner in the span of 400 meters. I think that really launched her into a great senior year."

For this weekend's homecoming, Malasarte isn't planning any heroics. While she'd love to claim victory at her old stomping grounds, she sees the season opener as part of a bigger picture. "Whatever happens, happens," she says. Coach Begley says Saturday's race is key in building toward fast results in May and         June. "Our goal is to go out and run relatively fast on tired legs," he says.

Malasarte isn't the only one looking forward to the homecoming. So is her former coach, "Any chance you get to see Megan is an awesome day," says Cunniff. "She's a kid that came out of high school running 2:17 for 800m and now through hard work and love of the sport is competing professionally."

That love of the sport is still apparent as Malasarte, 24, begins the second chapter of her professional career with a positive outlook on the future.

"I'm happy and I'm healthy. Those are two pretty important ingredients for success on the track."