When Tatyana McFadden broke the tape last year at the AJC Peachtree Road Race, she became the most successful elite athlete in race history. Since finishing fourth in her 2009 debut, McFadden has won all seven times she’s raced here – breaking the record for most wins ever.

McFadden broke the mark previously held by wheelchair athlete Craig Blanchette, who won six times between 1987 and 1995. In the footrace division, Gayle Barron and Lornah Kiplagat are tied as the athletes with the most Peachtree victories. 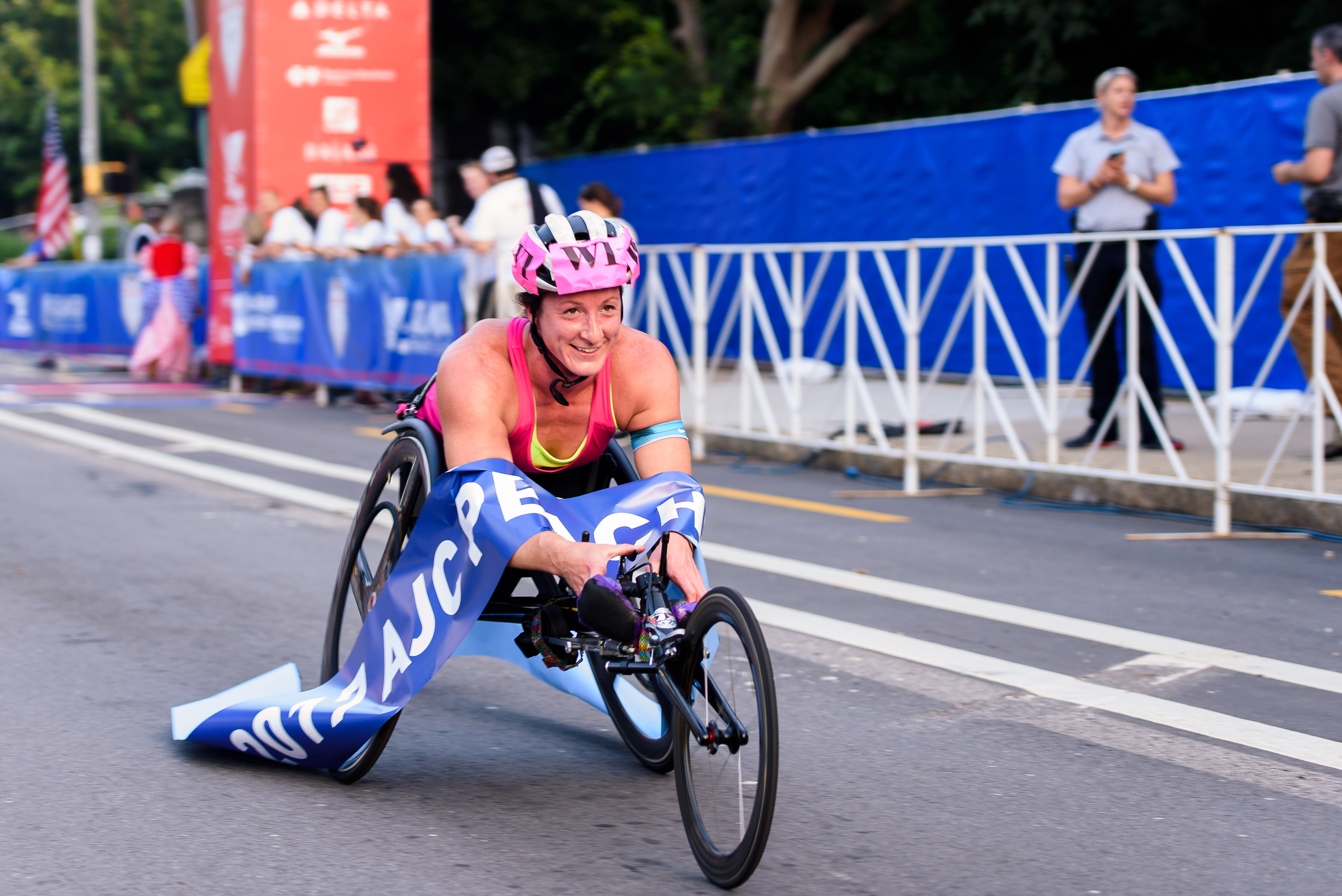 Making history is nothing new to the 29-year-old McFadden. In 2013, she became the first athlete, male or female in any division, to win the Grand Slam of London, Boston, Chicago and New York marathons in the same calendar year – before going on to do so the next three years, as well. Also in 2013, she became the first athlete to win six gold medals at the IPC Athletics World Championships, victorious at every distance from 800 meters to 5000 meters.

McFadden’s Peachtree victory last year was made all the sweeter by the struggle that preceded it. Blood clots in her legs required several surgeries early in 2017, causing her to cancel her plans to race the Tokyo Marathon in late February and almost scuttling defense of her Boston Marathon title. She fought back in time to finish fourth in Boston, but then paused her season in hopes of getting healthy. Peachtree was her first race back.

“I love this race,” she said. “It’s really technical and it’s really fast.”

In 2016, the year she tied Blanchette for the most elite wins ever at Peachtree, McFadden didn’t arrive in Atlanta until dinner time the night before a 6:43 a.m. start, thanks to spending the previous several days winning six events at the U.S. Paralympic Trials to qualify her for the Paralympics later that summer. (In Rio, she won four gold and two silver medals, the most by a U.S. Paralympic track and field athlete since 1992.)

Asked if she ever considered skipping Peachtree that year because of the tight turnaround, she said: “Definitely not. We love coming to Peachtree.”

McFadden calls this course “fierce,” and it’s an adjective she could also use to describe herself. To wit: She earned her 22nd World Marathon Majors victory this spring by slashing her way through cold, torrential rains amid blustery winds to win the Boston Marathon for the fifth time, using klister on her gloves that’s meant for cross country skis. Drafting was miserable, with the leader’s wheels spraying water into the face of the follower. A strong climber, McFadden inched up Heartbreak Hill as slowly as 2 miles per hour.

As she chases her fifth consecutive victory here, McFadden is looking forward to a different kind of climb up Cardiac Hill.