More than 100 Olympic Hopefuls to Run Road to Gold

ATLANTA – February 26, 2019 – More than 100  Olympic marathoners and Olympic marathon hopefuls will be the first runners to race on the course for the 2020 U.S. Olympic Team Trials – Marathon when they line up for the Road to Gold on Saturday, March 2, in downtown Atlanta. Atlanta Track Club announced the elite field for the 8-mile race Tuesday, which features two members of the 2016 U.S. Olympic Marathon team: Amy Cragg, the defending Trials champion who went on to place ninth at the 2016 Rio Olympics, and Jared Ward, who finished sixth in Rio.

“I have been visualizing racing the 2020 Olympic Trials since the moment I crossed the finish line in Rio,” said Cragg.  “I am thrilled to be able to experience the course in Atlanta, so I can add the sights, sounds and feel of the city into my constant daydream as I prepare to take on America’s best marathoners next year.” Cragg currently holds the second-fastest qualifying time for the Trials with a 2:21:42 from the 2018 Tokyo Marathon.  She won the bronze medal at the 2017 IAAF World Championship Marathon in London. 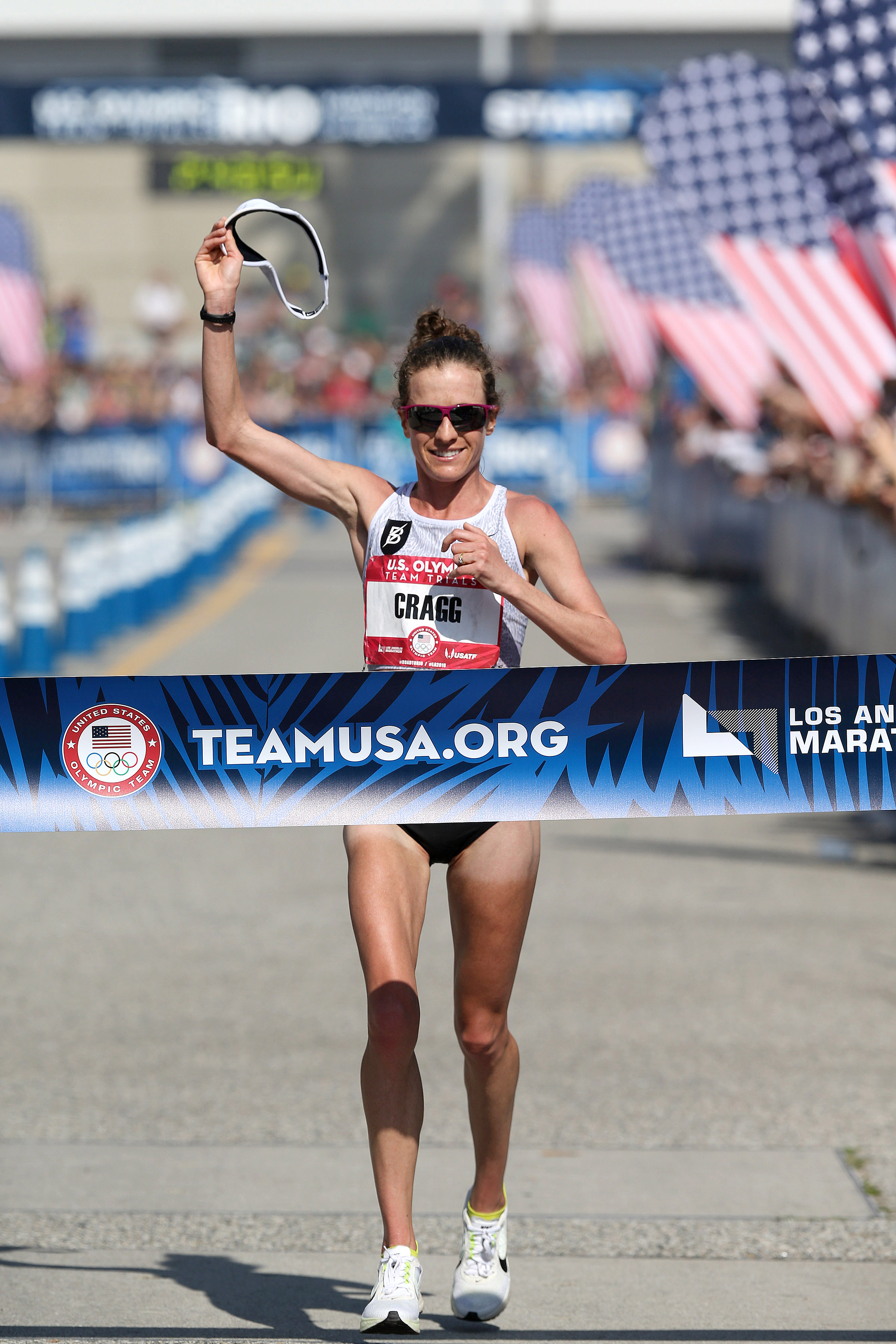 ​“I am excited to see how the course feels and to see what kind of elevation change I need to be ready for when I come back in 2020,” said Ward, who was the top American finisher at the TCS New York City Marathon in November. “After the race we’ll sort out some tempo and long runs in Utah that mimic the course.”

Both Cragg and Ward will face tough competition on the streets of Atlanta. The women’s race features 18 runners who have achieved the ‘A’ qualifying standard of 2:37:00 or faster in the marathon or 1:13:00 or faster in the half marathon. That includes Emily Sisson, who last month ran the second-fastest half marathon ever by an American woman, and Allie Kieffer who placed seventh in New York City in November and was fourth at the AJC Peachtree Road Race in Atlanta in 2018. Sisson will make her marathon debut at the Virgin Money London Marathon in April.

Fourteen men with the ‘A’ qualifying standard of 2:15:00/1:04:00 will be on the start line. Among the top contenders are Dathan Ritzenhein, a member of the 2008 Olympic Marathon team who has represented the United States at three Olympic Games; Shadrack Biwott who placed third in the 2018 Boston Marathon, and reigning U.S. Marathon Champion Brogan Austin.

Starting and ending just outside Centennial Olympic Park, the crown jewel of the 1996 Atlanta Olympics, Road to Gold takes runners on the final loop of the course that will be used for the 2020 U.S. Olympic Team Trials – Marathon. Olympic hopefuls will get a firsthand look at the turns, elevation and mile markers of the race that will send six American runners to the Tokyo Games.

Following the Olympic Hopefuls start, more than 2,000 runners and walkers will have a chance to see the course themselves in a race open to the public.

“We’re excited to welcome runners and walkers chasing their personal roads to gold,” said Rich Kenah, Atlanta Track Club’s Executive Director. “Whether you will be chasing your Olympic dreams here in 2020 or chasing a new personal best, this race is an opportunity for participants of all ages and abilities to experience Running City USA at its best. “

Road to Gold will be held Saturday, March 2, at 7 a.m. The start line is located on Marietta Street and Centennial Olympic Park Drive, and the finish line is located on Andrew Young International Drive adjacent to the Georgia World Congress Center. A map of the course can be found here. A prize purse totaling $7,500 will be awarded to the top runners.

Atlanta Track Club is the Local Organizing Committee for the 2020 U.S. Olympic Team Trials – Marathon, which will be held February 29, 2020.