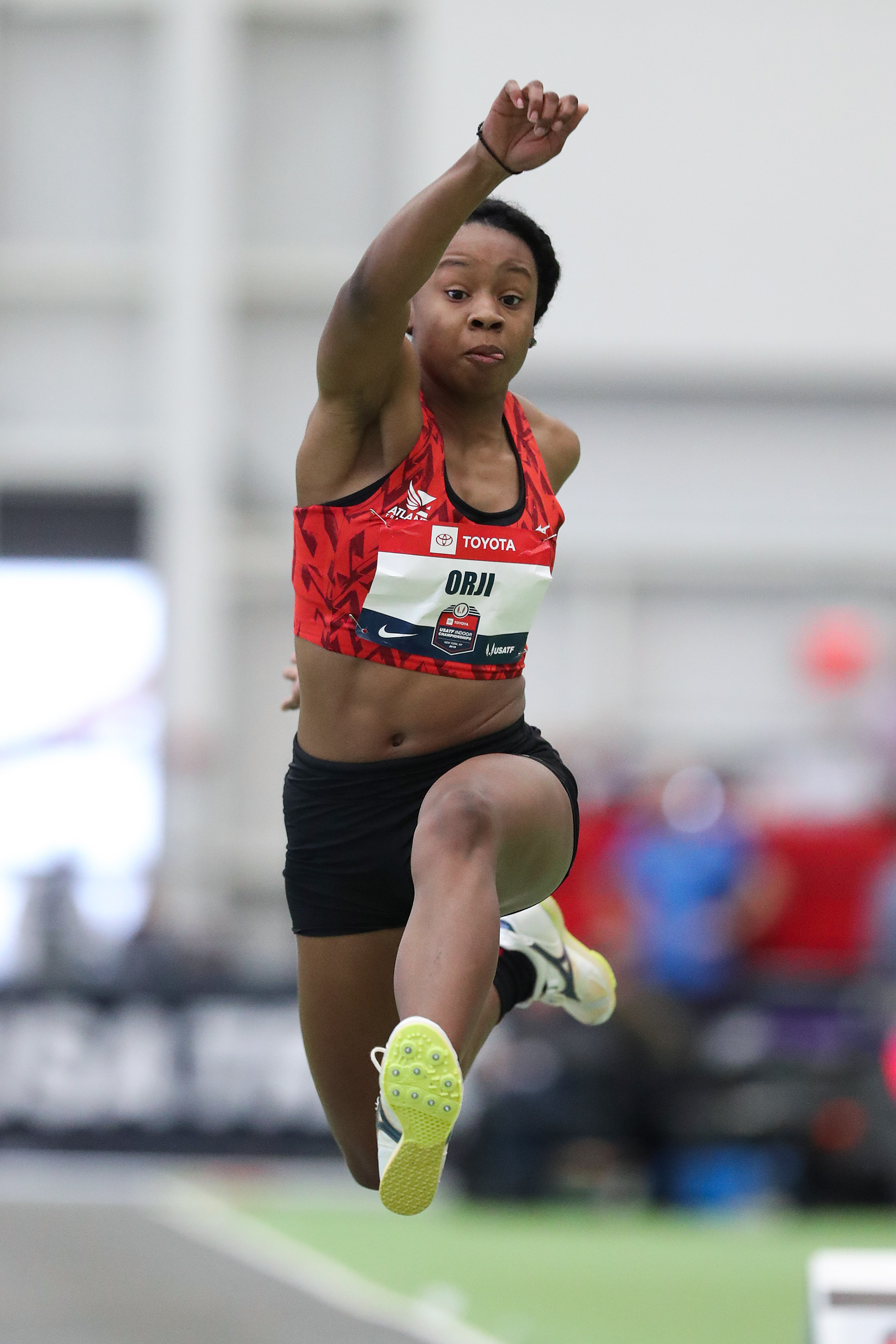 2016 Olympian Keturah Orji claimed her first indoor title in the Triple Jump on Sunday afternoon, while Abe Alvarado also finished on the podium in the men’s 1000m. Throughout the weekend the Club’s athletes collected new personal bests and put on strong performances on the national stage.

Heading into the meet, the triple jump competition set up a fascinating showdown between Orji and  Tori Franklin, who broke Orji’s indoor American record in the event earlier this month. Orji set the tone and the standards early, equaling her personal best and setting a new meet record of 14.55 on her first jump of the competition. From there, the question was whether that meet record would fall again or if either woman would raise the American record once more.

Ultimately, Orji’s initial mark stood the test of six rounds – the jump that came closest was Orji’s final attempt of 14.54 – as Franklin was only able to jump 14.45 in the fifth round.

Later in the afternoon, Abe Alvarado secured the Club’s first-ever podium finish from the track at USATF Indoors with a second place result in the 1000m. Finishing behind 2016 Olympic bronze medalist Clayton Murphy, Alvarado ran an impressive, steady race en route to coming across the line in 2:21.08. For the BYU graduate and recent addition to the Club, this marked a second straight season making it to a final, as he qualified last spring for the 800m final at the USATF Outdoor Championships in Des Moines, IA.

This race displayed Club’s middle distance depth, as Dylan Capwell and Brandon Lasater also qualified for the final, finishing in fifth and sixth, respectively, in 2:21.55 and 2:21.59. Capwell wasn’t quite able to hold on to a podium spot over the final lap of the race, while Lasater, who finished third in the 800m at the Outdoor Championships last spring, wasn’t able to position himself to unleash his trademark final kick. Both men, however, went home with PRs in the 1000m this weekend – Lasater’s in the final and Capwell’s in the qualifying round with a 2:20.84. 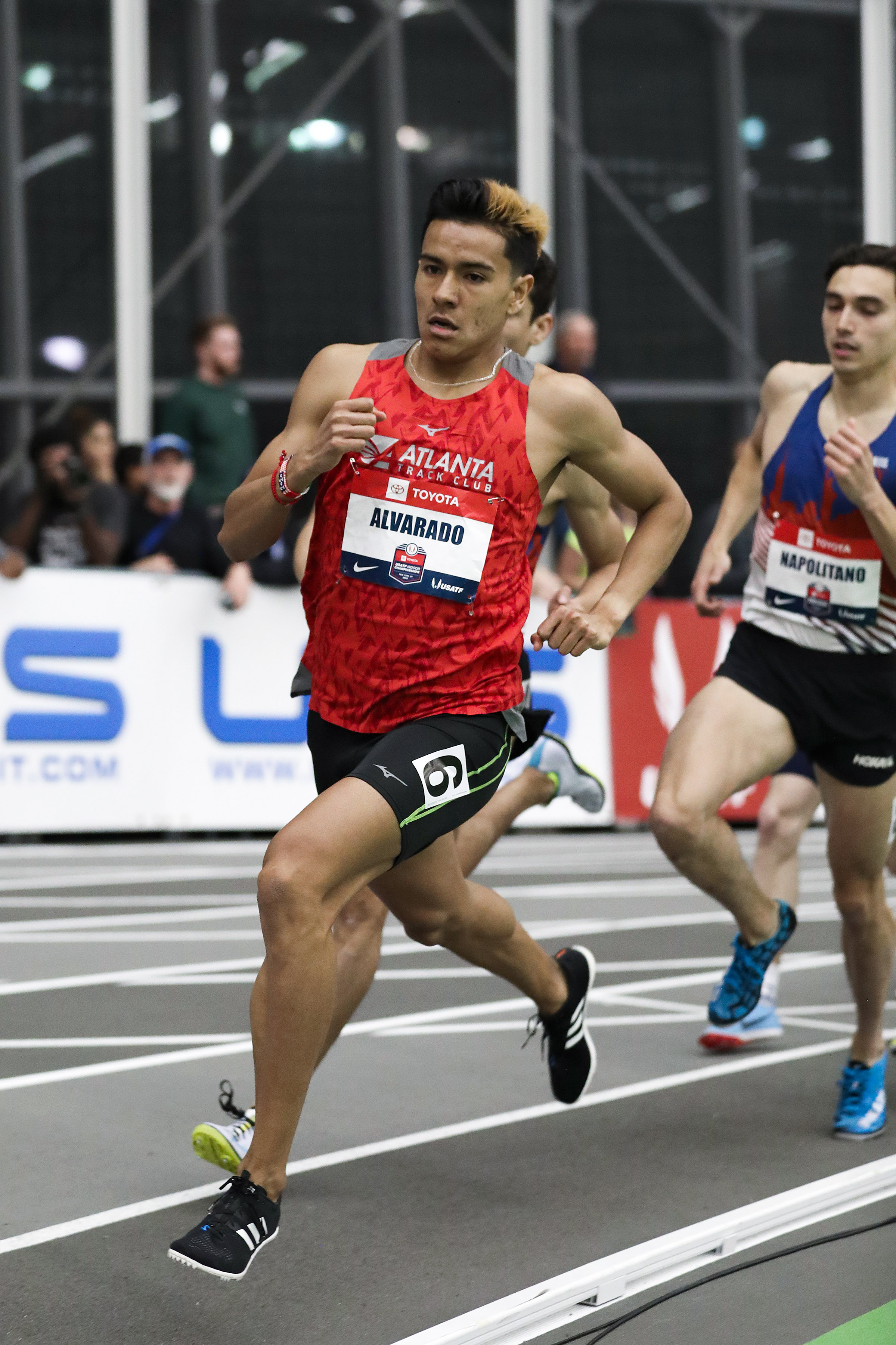 Rounding out the weekend’s results were a trio of personal bests from the Club’s women on the track, Megan Malasarte, Ellie Abrahamson and Eden Meyer. Malasarte started things off with a strong 2:42.16 in a fast semi-final heat of the 1000m to qualify for the final in sixth place, before finishing eighth in the final round. Abrahamson and Meyer, competing in the crowded two mile, finished 21st and 25th, respectively, in 10:08.50 and 10:25.58.