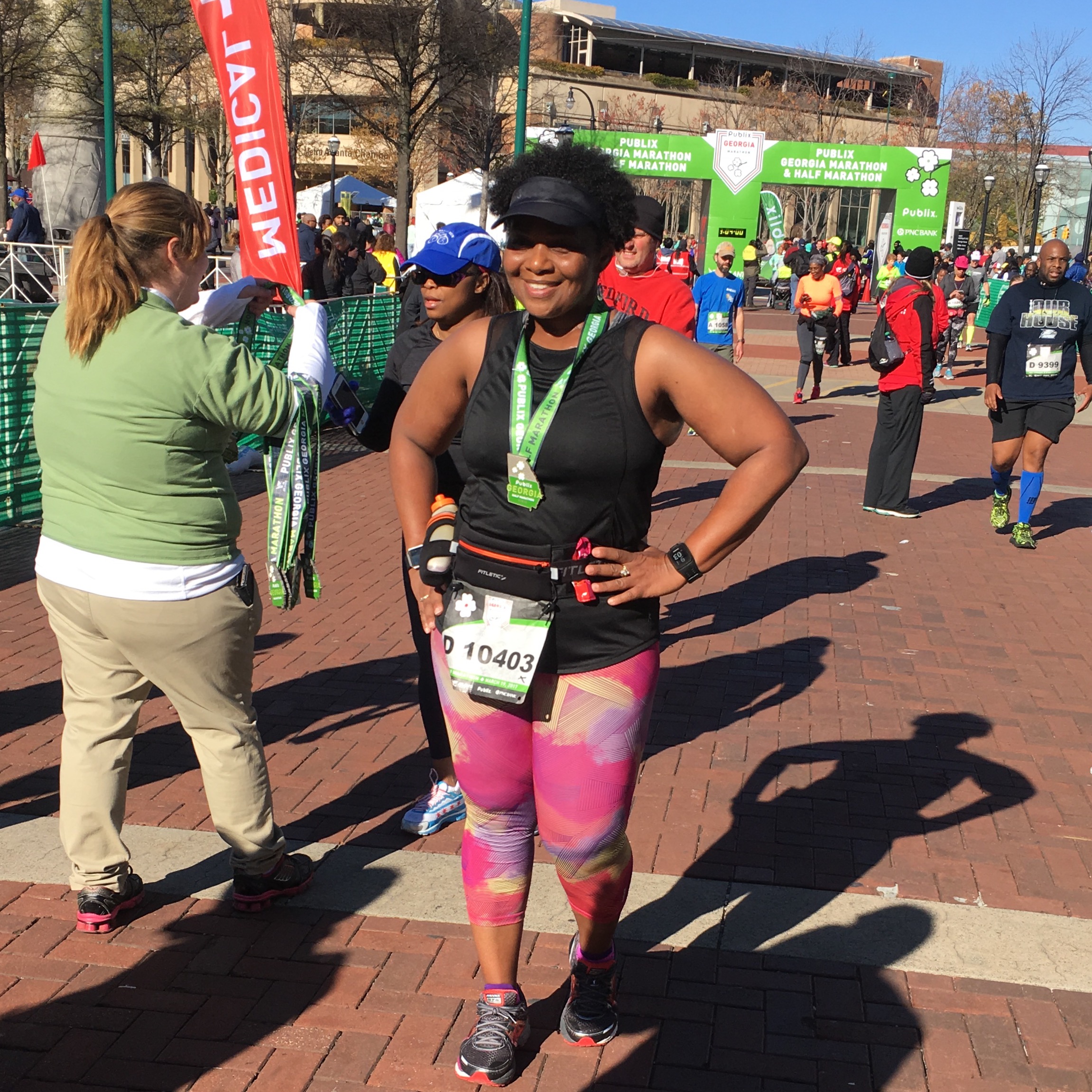 ATLANTA – March 19, 2017 – Approximately 9,000 runners and walkers participated in the 2017 Publix Georgia Marathon & Half Marathon this morning at Centennial Olympic Park in Atlanta. The 11th annual event drew crowds of spectators despite cool and breezy conditions.

Bryan Morseman won the marathon with a time of 2:28:31, crossing the line more than 10 minutes ahead of second place finisher Daniel Moss (2:39:22). Morseman, 31, of Bath, New York, returned to Atlanta in hopes of redemption.

“I came here last year wanting to win. I ended up getting second, so I felt like I had to come back this year and prove myself,” said Morseman. 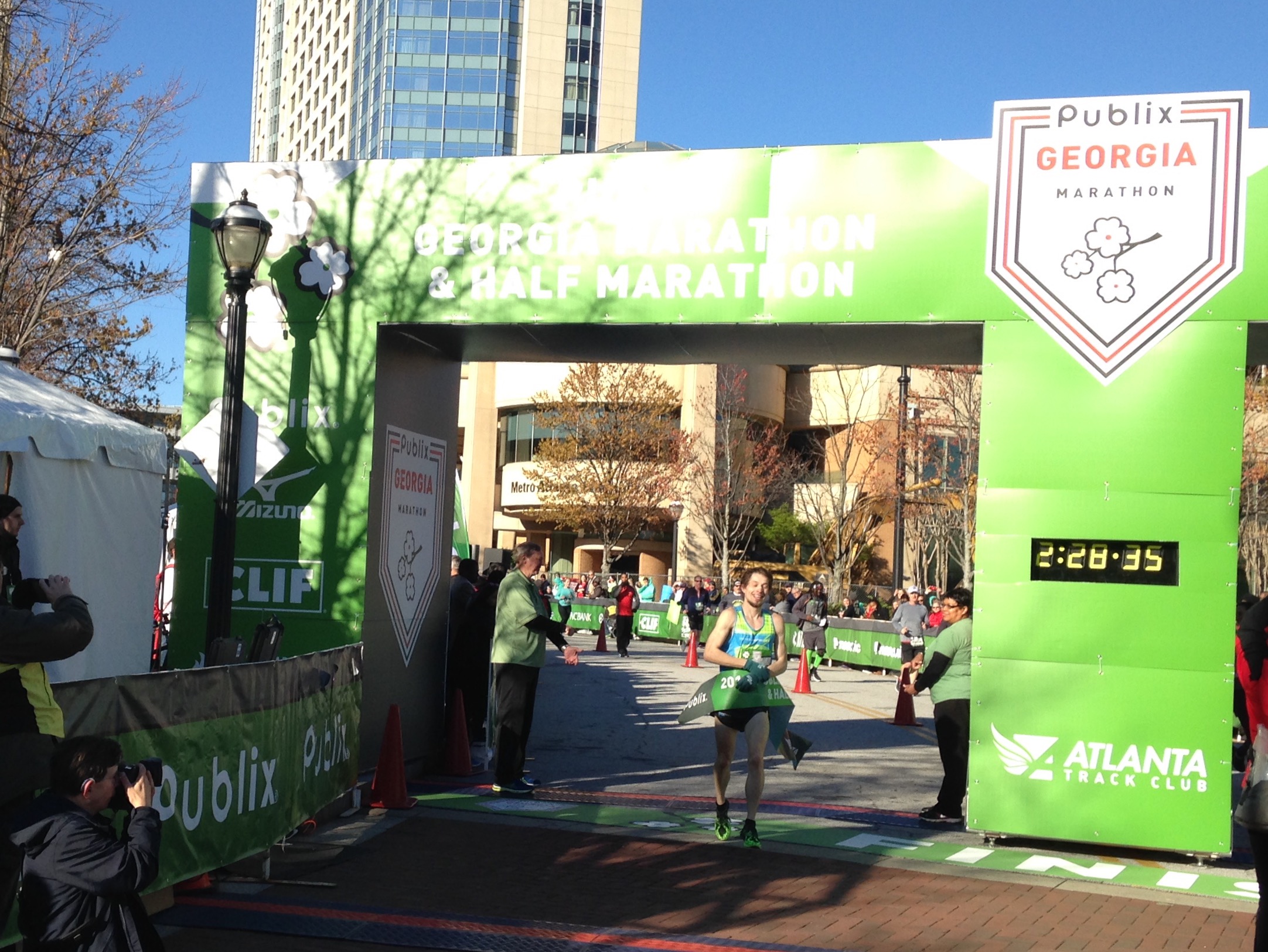 Breaking the tape for the women in the marathon was Lacey Krout, who runs for Atlanta Track Club Elite. The 27-year-old also had a commanding win, finishing in 2:53:19 with Kaye Starosciak in second (3:08:39).

“It was literally the race of my life,” said Krout. “Those hills were tough, but the downhills were nice.” 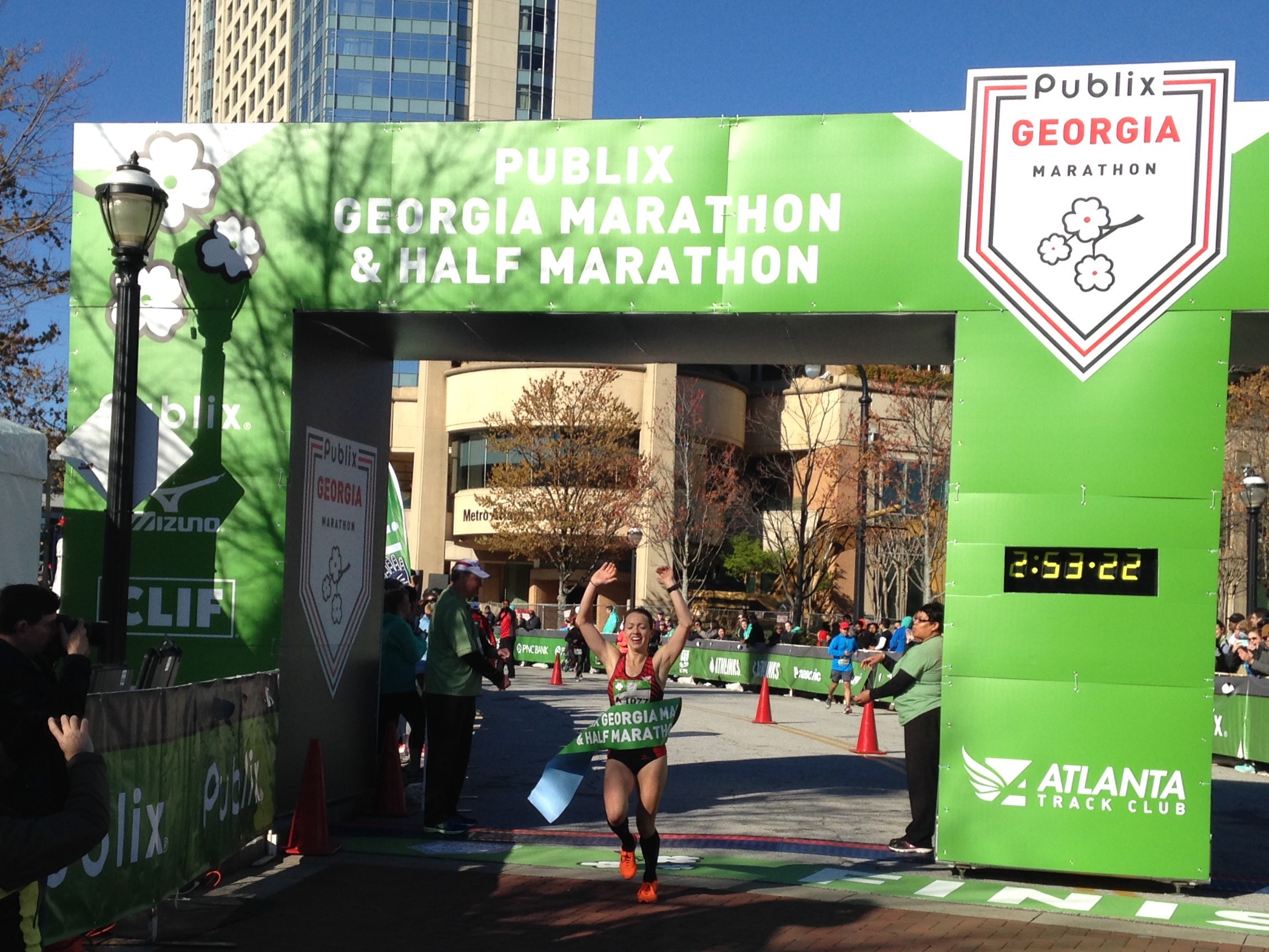 In the half marathon, Sergey Zyrianov of Gainesville, Florida, placed first in 1:08:58. He said the cool temperatures aided his race.

“The hills were hard, very hard. I was struggling,” admitted Zyrianov. “I was running for the win, so I am happy.”

The female half marathon winner was Lauren Philbrook of Auburn, Alabama. She broke the tape in 1:19:44.

“It was fun! Good course, lots of people out cheering and everything. It was a great way to see parts of the city I hadn’t seen before,” said Philbrook.

New this year, the Publix Georgia Marathon celebrated the culmination of the inaugural Ultimate Peach Challenge. The marathon is the final stop of the challenge, which requires participants to complete the entire 26.2-mile course after also finishing the 2016 AJC Peachtree Road Race, PNC Atlanta 10 Miler and Thanksgiving Day Half Marathon. More than 200 runners were eligible to be honored in a special celebration of this 55.5-mile journey. They were treated to an engraved watch, sparkling grape juice, breakfast, a massage and a goody bag.

In an effort to introduce children to the excitement of completing a major event, Lt. Governor Casey Cagle’s Be Healthy Georgia Festival was held in conjunction with the Publix Georgia Marathon & Half Marathon. Hundreds of young runners participated in a one-mile fun run (ages 7-14) and 50m dash (ages 6 & under) organized by Atlanta Track Club. One-mile participants crossed the same finish line as the marathoners and half marathoners. 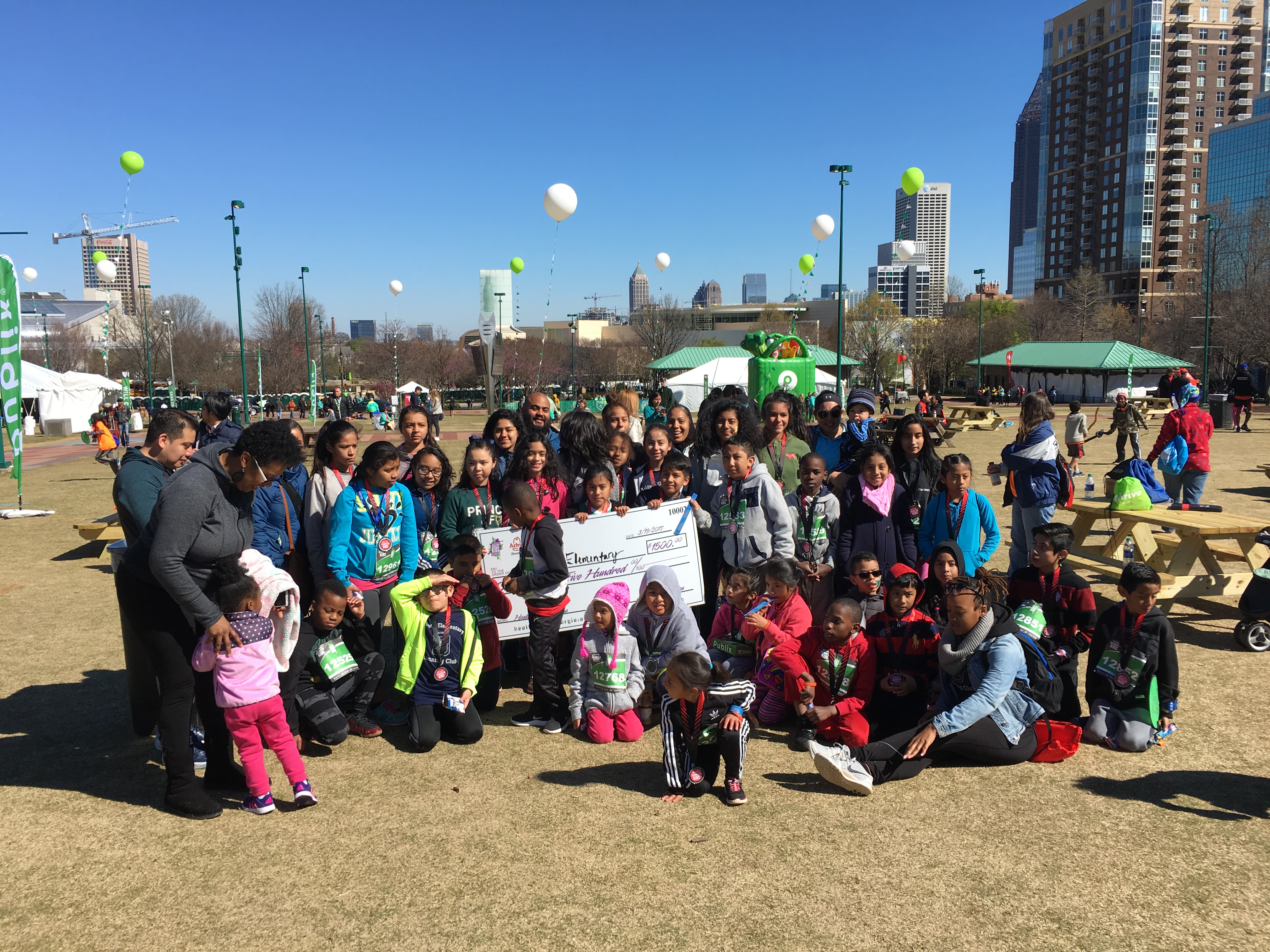 Complete unofficial results for the 2017 Publix Georgia Marathon & Half Marathon can be found at atlantatrackclub.org. Official results will be available two weeks after the event.