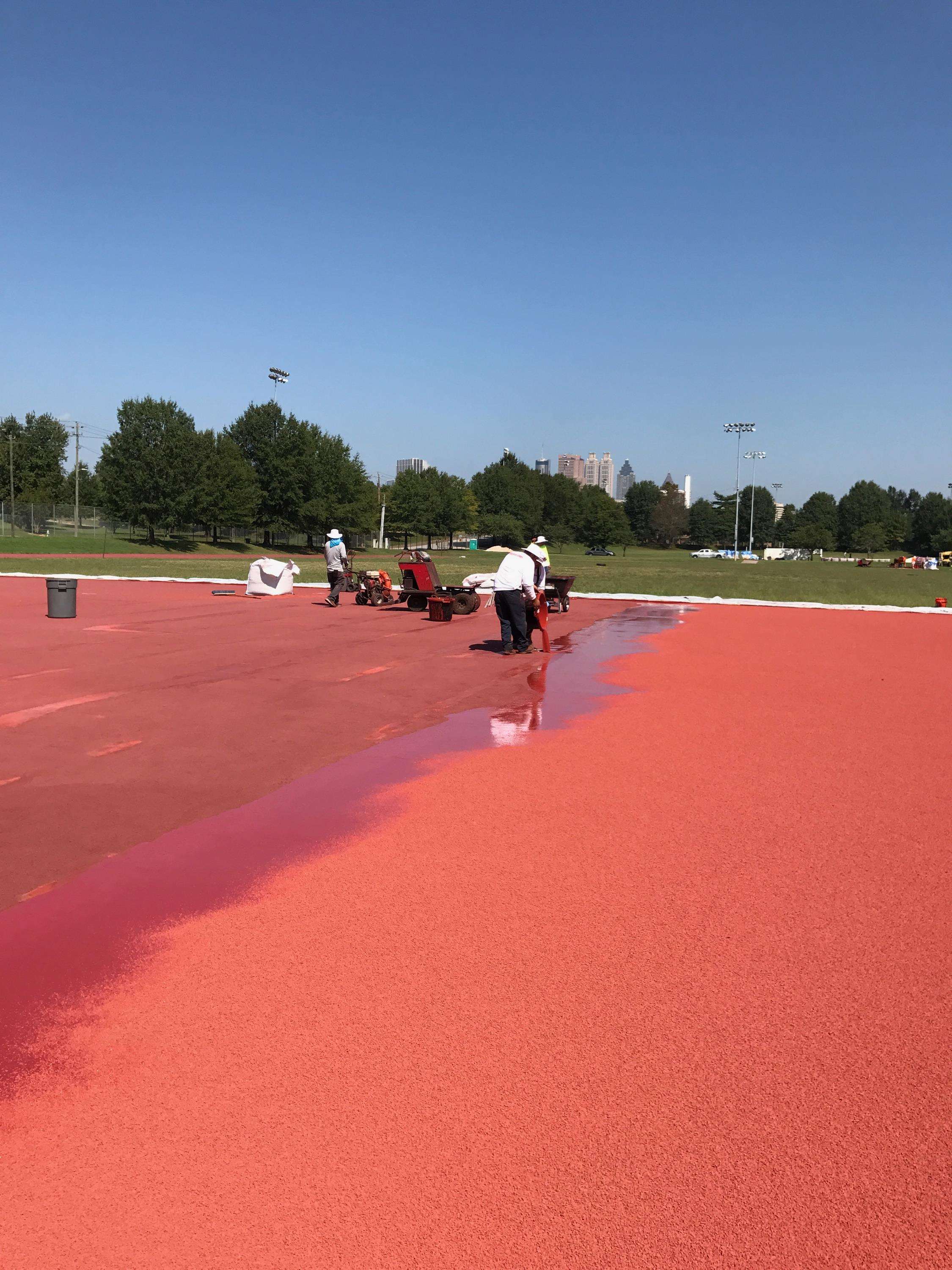 ATLANTA - September 20, 2017 – Work is underway to revitalize a track that is part of Atlanta's Olympic legacy. Cheney Stadium, the facility once used as the warm-up facility for track and field athletes at the 1996 Olympic Games, is being restored following fundraising efforts by Atlanta Track Club.

Crews from Rekortan began pouring the new track surface at Cheney Stadium in Atlanta's Phoenix Park today. Initial work began over a week ago, and the project is expected to continue over the next few weeks. Once work is completed, the track will reopen to the public.

“It is exciting to watch as a piece of Atlanta's Olympic history is revitalized and turned into a resource for our running and walking community,” said Rich Kenah, Atlanta Track Club's executive director. “We look forward to building new memories at this historic site with Atlanta Track Club's Kilometer Kids youth running program.”

Atlanta Track Club's 2017 Kilometer Kids Charity Chase raised funds for the restoration project. Two teams competed in a 48-hour treadmill challenge to commemorate the 48th running of the world's largest 10K, the AJC Peachtree Road Race, on July 4, 2017. The teams each had one person at a time running side-by-side on treadmills at the Peachtree Health & Fitness Expo. The public was encouraged to donate money to either Team Stars or Team Stripes as they competed to determine who could log the most miles as well as which team could raise the most money.

Atlanta Public Schools currently owns Cheney Stadium and is partnering with Atlanta Track Club on this revitalization effort. Donations for this project are still being accepted. Click here or text KKCC to 444-999.