ATLANTA – October 13, 2017 – Scott Cutro and Alissa Palladino are going home. As former New Yorkers, both will run by their old homes on Manhattan’s Upper East Side as they cover the 26.2 miles of the TCS New York City Marathon on November 5. But for Cutro and Palladino, this marathon is more than just a homecoming. It is part of a journey they are taking to raise money and awareness for a mission that has a deep personal meaning.

Cutro, 37 and Palladino, 31, are part of a team of Atlanta Track Club members who have committed to running to raise money for Kilometer Kids, the Club’s free youth running program. “The hope is we can break the tide,” says Cutro, an infectious disease specialist who works with children. Cutro says he sees kids coming into his office every day that are already obese or dealing with diabetes. “I’d rather prevent disease than treat disease, and we can do that by keeping kids healthy and active.”

Cutro, who has a two-year-old son, says it wasn’t that long ago that he was overweight and out of shape. “I could only make it about a quarter of the way around the Active Oval in Piedmont Park,” he says. With motivation from his wife, who annually runs the Thanksgiving Day Half Marathon, and a bit of professional encouragement, he decided to make a change. “I looked at my life and I thought, this is not going in the right direction. And it was hypocritical to encourage healthy and active habits when I wasn’t practicing what I preached.” So, Cutro ran his first 5K. Then, he ran a half marathon. In 2016, he caught the marathon bug and ran the Publix Georgia Marathon. 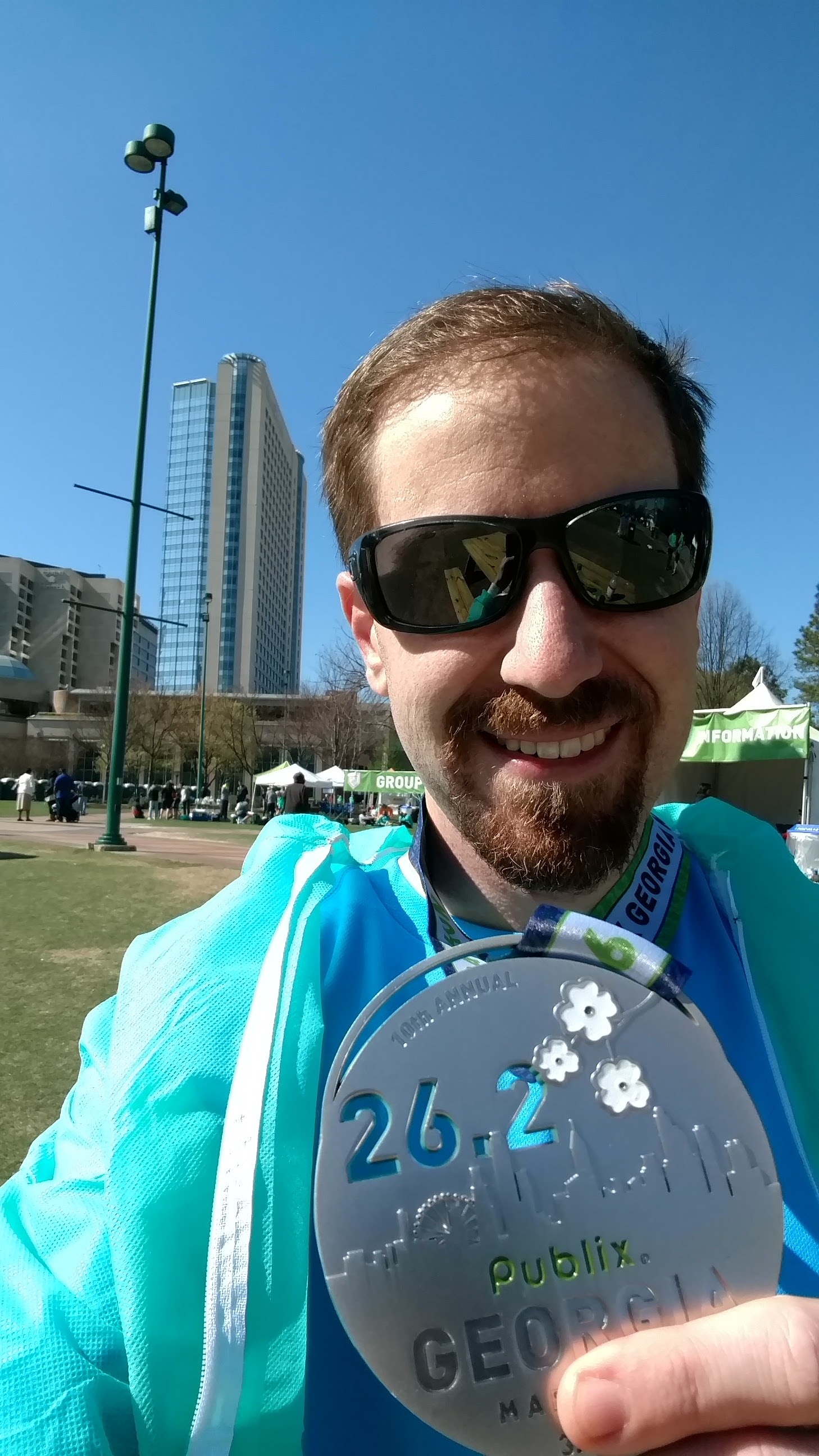 be his second marathon. He and his teammates need to raise a combined $17,500 to fulfill their commitment. “Our goal is not just meet that number, it’s to exceed it,” he says. He also hopes his story can inspire the children for whom he runs. “I see a transformation in myself and I know that can happen with our kids.”

Like Cutro, Palladino is in the business of keeping people healthy. The registered dietician is well-known to Atlanta Track Club members for her role at Good Measure Meals, a partner of the Club. Palladino says she wasn’t planning to run a fall marathon, but when she saw the opportunity to run for Kilometer Kids, she quickly changed her mind. “I felt like it was meant to be,” she says. “Kilometer Kids aligns with my personal and professional values.” At work, Palladino not only advises clients on healthy eating habits, but as a certified personal trainer, she encourages living an active lifestyle, too. “These healthy habits really start at childhood,” she says. “People’s relationship with exercise comes down to those early experiences.”

Palladino, who grew up in New York City, ran the New York City Marathon in 2011 and described it as one of the best days of her life. She returns six years later a veteran of Atlanta-area races from the 5K to the half marathon and with a full training cycle under her belt from Atlanta Track Club’s In-Training for Fall Marathon program. Along with the workouts and long runs, she has been putting in long hours coming up with creative ways she and the team can raise money and share their message. “In a lot of ways, the fundraising part is 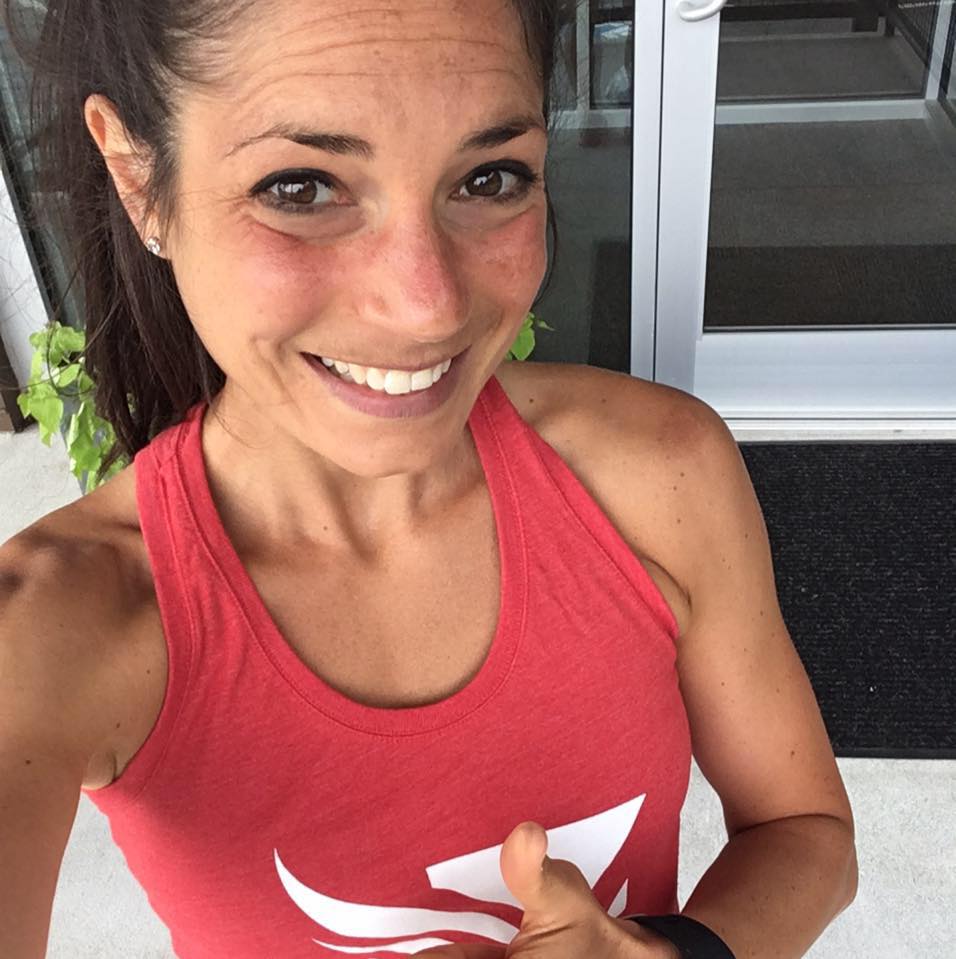 more challenging than the physical training,” she says. “It puts me out of my comfort zone because I have never raised money for anything before.”

The efforts are aided by a runner who has years of experience telling stories. Margie Driscoll, a vice president of marketing at Impact Cryotherapy. “Running is individual,” she says. “But we are having fun going through this journey together.” Like her teammates, New York will be Driscoll’s second marathon. She ran the Publix Georgia Marathon this past March. “I didn’t know when or if I’d run another one. Then I saw the application to run for Kilometer Kids. I went from zero marathons to two in one year.” Driscoll says she runs with her 12-year-old son and loves the empowerment the sport of running gives to kids. “You can see progress and set goals really easily.”

You can help Cutro, Palladino, Driscoll and their teammate Deanna Hackney at Monday Night Brewing’s brand new space, The Garage, on Monday night. From 6 p.m. to 8 p.m., 50% of the proceeds from beer sales will go to Kilometer Kids. There will also be food for purchase and a live auction featuring memberships and classes at area gyms, gift certificates to restaurants and running stores and, of course, to Good Measure Meals. Learn more about the even here and donate to their efforts here.