Though most teams have raced this fall, the Wingfoot XC Classic should be the first real opportunity for some of the top teams to lay it on the line and duke it out ahead of championship season. Last year’s runner-up returns looking to take the crown, but a number of state champs will be trying to prove that they are a force to be reckoned with this season. Here’s a look at which teams might celebrating come Saturday. 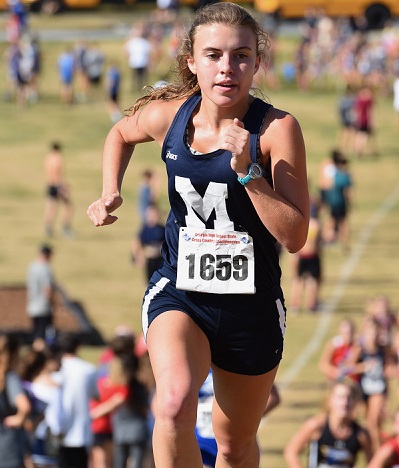 A clear pack of three teams is a slight cut above the rest heading into the race, including the pre-race favorite, Marietta High School. After losing to South Forsyth at last year’s Wingfoot, the Blue Devils are returning the entirety of their top five to come back and try to claim their victory. That group is headlined by the one-two punch of Ellie Hall and Ani Henderson, who will likely both be in the top ten. This team absolutely bludgeoned the rest of Cobb County by scoring just 25 points in the county championship and won the Battle of Atlanta without Hall and Henderson even suiting up. Taking the title from this group of girls is going to be an uphill battle.

Cambridge High School and Woodland High School will try, however. Cambridge is fresh off a win at the Covered Bridge Invitational, where their top five spread just 30 seconds en route to the win. Though Marietta threatens with their one-two punch, the Bears really are able to win a race based on the strength of their tight pack. If their three to five runners put in a strong performance and run together, they will be a tough test for Marietta.

For Woodland, this race is a chance to defend their home turf and keep the title in Cartersville. Their girls are undefeated this season, coming off of wins at the Ridge Ferry Invitational, the Run at the Rock, and at the Mustang Stampede. Mckenna Trapheagen, who won at the Mustange Stampede, is their stalwart, a junior with a personal best of 18:27 who should be in the top five scorers. The four behind her have spread just thirty seconds from two to five previously this season, so if they can keep their pack towards the front of the race, they’ll be in a great position to take the win.

Vying to break into the top three will be a collection of four teams that are difficult to separate heading into the race. Topping that group is South Forsyth High School, which put on a dominating display last September en route to winning Wingfoot by more than 50 points. Although the War Eagles lost two of their top five runners, including their number one in Kaylee DuPont, the rest of their pack is back and looking nearly as strong this year. They already took home wins this season at the Lambert River Run and the Milton Cross Country Invitational, and possess the guile necessary to jump into the top three.

McIntosh High School will be looking to do the same. The Chiefs are the defending 5A State Champion, a group of girls that battled and finished just second behind Cambridge at the Bob Blastow Invitational. They are led by Megan Uszynski, the 5A runner-up in cross country last year who sports a personal best of 18:04. This past weekend, they clobbered Fayette County in the County Championships, sweeping the top eight spots of the race and showing that they’re ready to be a force at Wingfoot and in the postseason.

At the Bob Blastow, McIntosh was able to take down Milton High School, who now head into this meet looking to keep their streak of top-five finishes alive. Can they make it four in a row? A lot will depend on how they handle the rolling terrain of Wingfoot that requires a unique blend of strength and speed. The Lady Eagles are coming off a win at the Carrolton Orthopedic Championship that saw them dominate the course’s grueling hills and will look to take that momentum into a strong showing this Saturday. 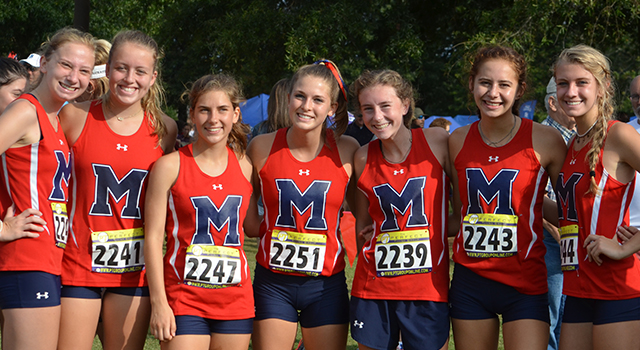 Lastly, the Webb School will threaten to shake this whole race up and end the Georgian dominance. Coming down from Knoxville, the Spartans are led by Niki Narayani, and are returning five of their top seven from their Division-II Class A State Championship team from last year. This past weekend, they put three girls under 20:40 as part of a solid opening display for their 2018 season.

Can South Forsyth put it together to hold on to their title? Or will Marietta wrest it away this year? Make your predictions and tune in Saturday to Atlanta Track Club’s Instagram to see the Girls Championship race live at 8:45 a.m.