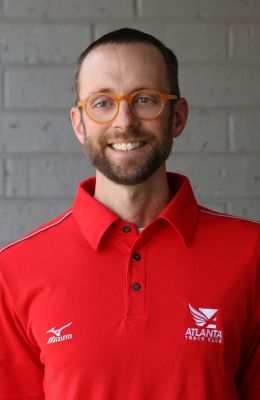 As a coach, Eric has won 24 team state championships and had eight team state runners-up in 13 years between Cross Country and Track & Field. He has coached 32 individual state champions, 21 state runners-up, and two national qualifiers and has received 23 Coach of the Year recognitions. Eric also serves as President and Head Coach for High Miles Running, an Atlanta-based coaching service that works privately with runners ranging from 12-86 years old. Eric is a USATF and USTFCCCAA certified coach and has been a competitive runner and coach for the past 24 years. He competed collegiately at John Carrol University where he earned his BA in History. He went on to earn his Master of Arts in Teaching at Emory University and recently completed a graduate program in Educational Leadership from Johns Hopkins University. He has a wife, Alison, and three young boys, Miles, Felix and Gus.