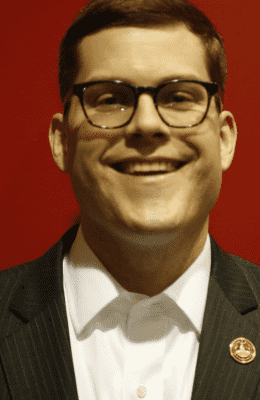 Stuart Wilkinson is a vice president with McGuireWoods Consulting in Atlanta. Over the past decade, he has earned extensive experience working with both the Executive and Legislative branches in Georgia.

Prior to joining McGuireWoods Consulting, Stuart served as a top advisor to Governor Brian Kemp, most recently as his Deputy Director of External Affairs. In this role, Stuart helped craft and advance the Governor's legislative agenda. Additionally, he has held a number of other key positions with Governor Kemp including Deputy Director of the Gubernatorial transition team, as well as managing then Secretary of State Brian Kemp's legislative and external affairs team.

He caught the running bug in 2016 and never looked back. Stuart has completed many races, including the New York City Marathon, Publix Atlanta Marathon, and numerous other Atlanta Track Club races. He resides in Atlanta with his wife, Kathleen and their two rescue dogs, Desi and Otis.