Last year’s Boys Championship at the Wingfoot XC Classic provided one of the most dramatic races of the entire year, as Jacob McLeod and Sam Bowers duked it out until one epic photo finish, with McLeod edging Bowers by less than half a second. Those two have departed and a new head will be wearing the boys’ Wingfoot crown – Who will it be? Here’s a look at nine runners with a chance. 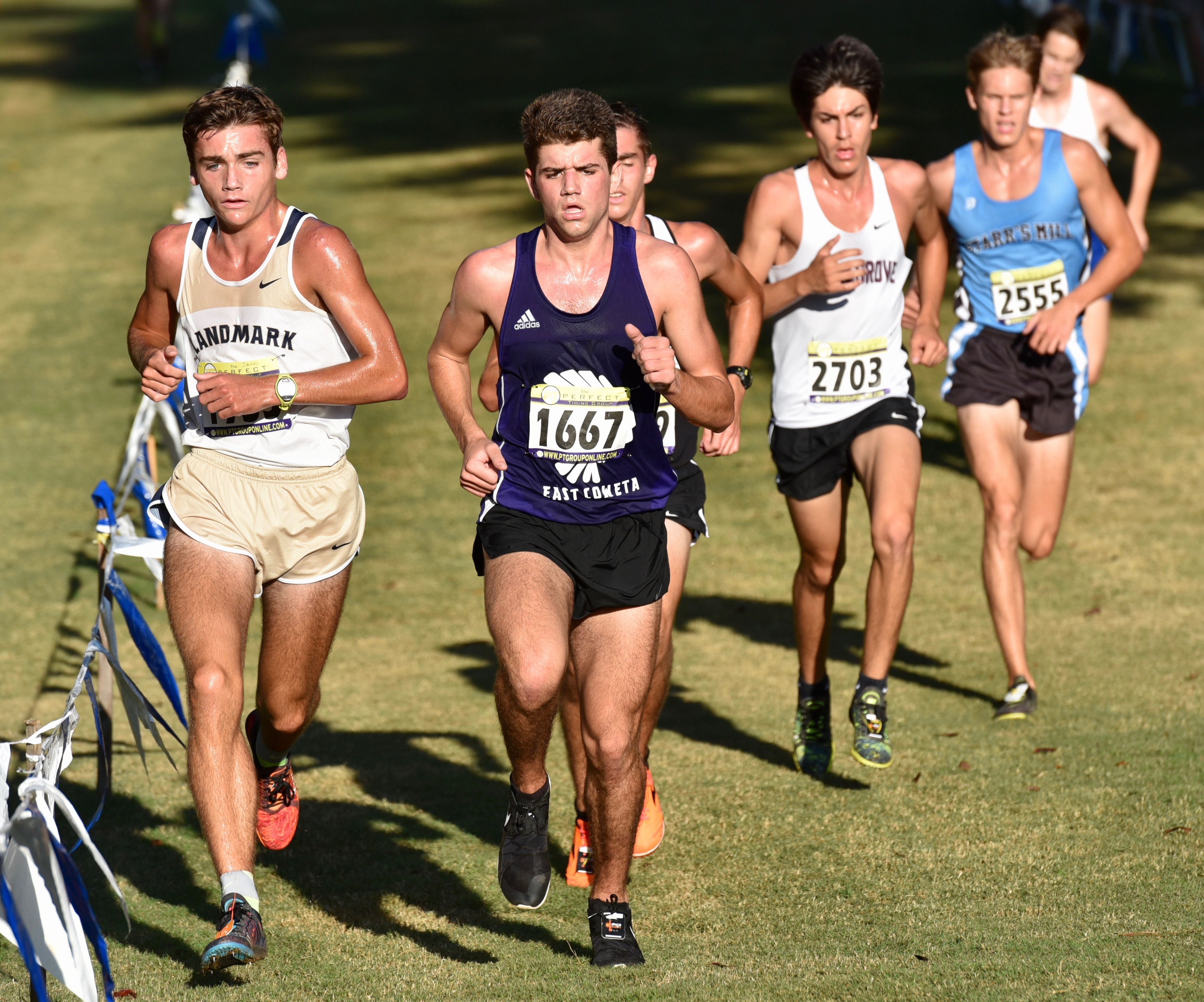 In an explosive sophomore season last fall that saw him qualify for Foot Locker Cross Country Nationals, Kyle Harkabus made it known that he could be a dominating force in Georgia cross country for a couple of years. This year, he’s already delivering on that promise. The junior from East Coweta has gone under 16 minutes twice and carries an undefeated record into the race, including a 15:17 at the Bob Blastow Early Bird meet. As he steps to the starting line on Saturday he’ll not only have the pressure of keeping that record intact, but of being hounded by a collection of more experienced runners, as Harkabus is the only non-senior challenging for the title.

Included in that pack of seniors is Cambridge High School’s Jack Filan, who will be leading his squad as they attempt to take the team title as well. This past weekend, Filan finished third on Milton’s tough course at the Milton Cross Country Invitational in 17:04, which should have provided a good tune-up before the rolling hills of Wingfoot. Earlier in the season, Filan finished just five seconds behind Harkabus at Bob Blastow, but last year’s regional champion and Powerade All-Metro Track & Field second team selection will try to overturn that result at Wingfoot.

Another 2017 All-Metro selection, Chase Condra, will be back in Cartersville looking to finish his career a perfect 4-for-4 in placing in the top 15 at Wingfoot. Condra has notched two victories already this season with a 16:05 at the Berry Clara Bowl and a second straight Gwinnett County Championship, but the Peachtree Ridge senior hasn’t raced a course as fast as Filan and Harkabus have. Look for him to take some time off his season’s best and challenge for the win in his first chance at racing on a flatter course. 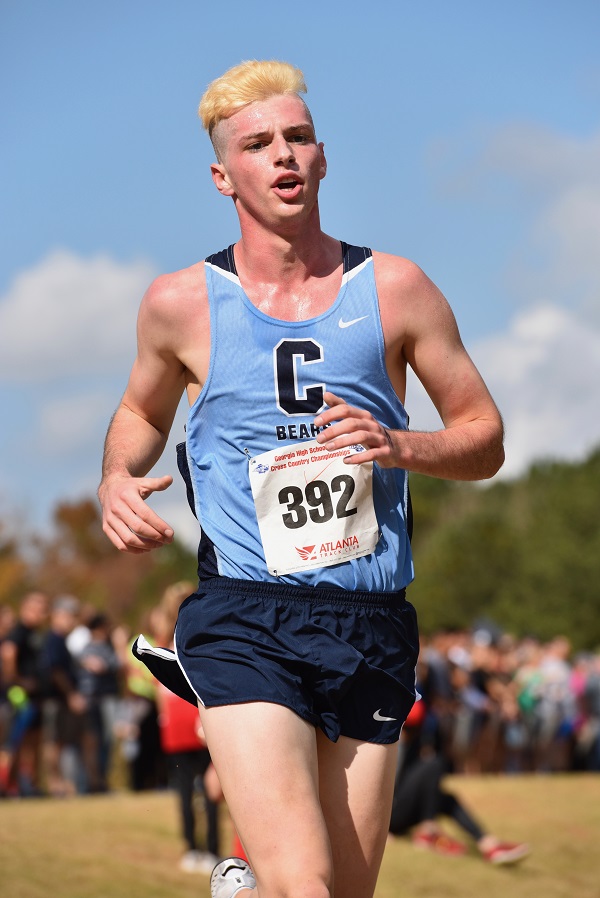 While those three stand as the top Georgian competitors, they’ll also have to fend off a challenge from two out-of-state runners looking to make their mark and snatch the victory. Silas Franklin from Smiths Station, Alabama stepped onto Georgia soil on September 1 at the Starr’s Mill Panther Meet and finished just four seconds behind Harkabus, proving he has the talent to contend for the top spot. Franklin is a standout racer who thrives against the toughest competition – He should shine in the deep field at Wingfoot.

Matthew McMillan of Brentwood, Tennesee is the other major threat from out-of-state to take the title. The senior will be making his debut at Wingfoot this year, and has become one of the more formidable runners in Tennessee. He won a state championship last fall and led his team to a second place finish at Wingfoot, and with Brentwood in the mix as a team again, McMillan will be squaring off against Filan as they battle to be the top scorer.

Looking to close the gap on that group is a group of seniors vying to break into the top five on Saturday, including one runner who did just that last year, Nick Nyman. The Starr’s Mill High School senior ran 15:31 as a junior at last year’s Wingfoot to take 5th place, and also put up a 14:54 later in the season. Though he finished behind Harkabus and Franklin at the Panther Meet, he’ll be looking to edge them out and find his way onto the Wingfoot podium.

A pair of 2017 All-Metro Cross Country selections, Zach Jaeger of McIntosh High School and Calan Gizelbach of Forsyth Central High School, will also be chasing this pack down. Jaeger finished 22 seconds behind Harkabus at the Bob Blastow Early Bird and carries a personal best of 15:34 into this race that he’ll be looking to drop. Gizelbach just opened up his season this past weekend, dropping a 15:40 at the Warpath Invitational to finish in second. 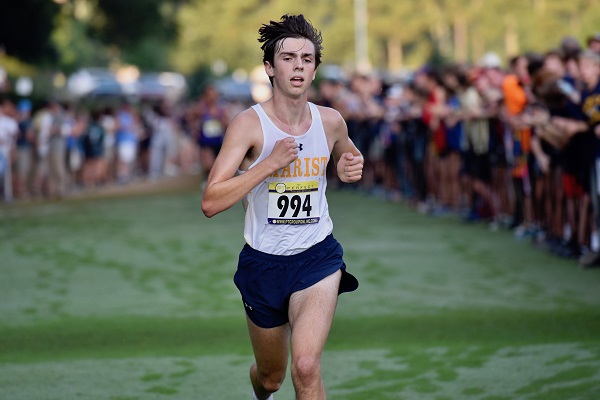 Finally, Leif Andersen, last spring’s 4A 1600m and 800m State Champion, will be an intriguing face to watch in this race. Racing a tough course, Andersen crushed the Double Dip course en route to a 16:55 win, and has proven he has the speed from the track season to make a push Saturday. Expect to see some smart racing from the former Atlanta Track Club intern as he tests his legs against a deep field.

Will any of these seniors take down the lone junior? Make your predictions here and tune into Atlanta Track Club’s Instagram at 9:15 a.m. on Saturday morning for a live feed of the race.