For some runners, running one marathon is a bucket list item. They complete the 26.2 and move on to the next big goal. Others catch the bug and try to tick off one per year. Then, there are the few who set goals others see as impossible. Take for example, completing a marathon in all fifty states and Washington D.C.

This is not a foreign concept. Thousands of people do it. A group called the 50 States Marathon Club boasts 4,386 members. But when you compare that to the more than 500,000 who complete marathons in the United States every year, it's a small percentage. So, how do you get on the list? What does it take? We talked to Atlanta Track Club member Nathan Skipper of Ellenwood, GA who ran his 51 marathons over the course of nine years. He even wrote a book about it. Now, he's hoping to run a marathon on every continent (although, he still has six to go). We asked him for some tips.

"The United States is a beautiful place," says Skipper, who completed his final marathon at the ING Hartford Marathon in Connecticut. "I run to travel and travel to run." Skipper tells runners not to fly to all their races, but drive when they can. "You'll see so many amazing things." 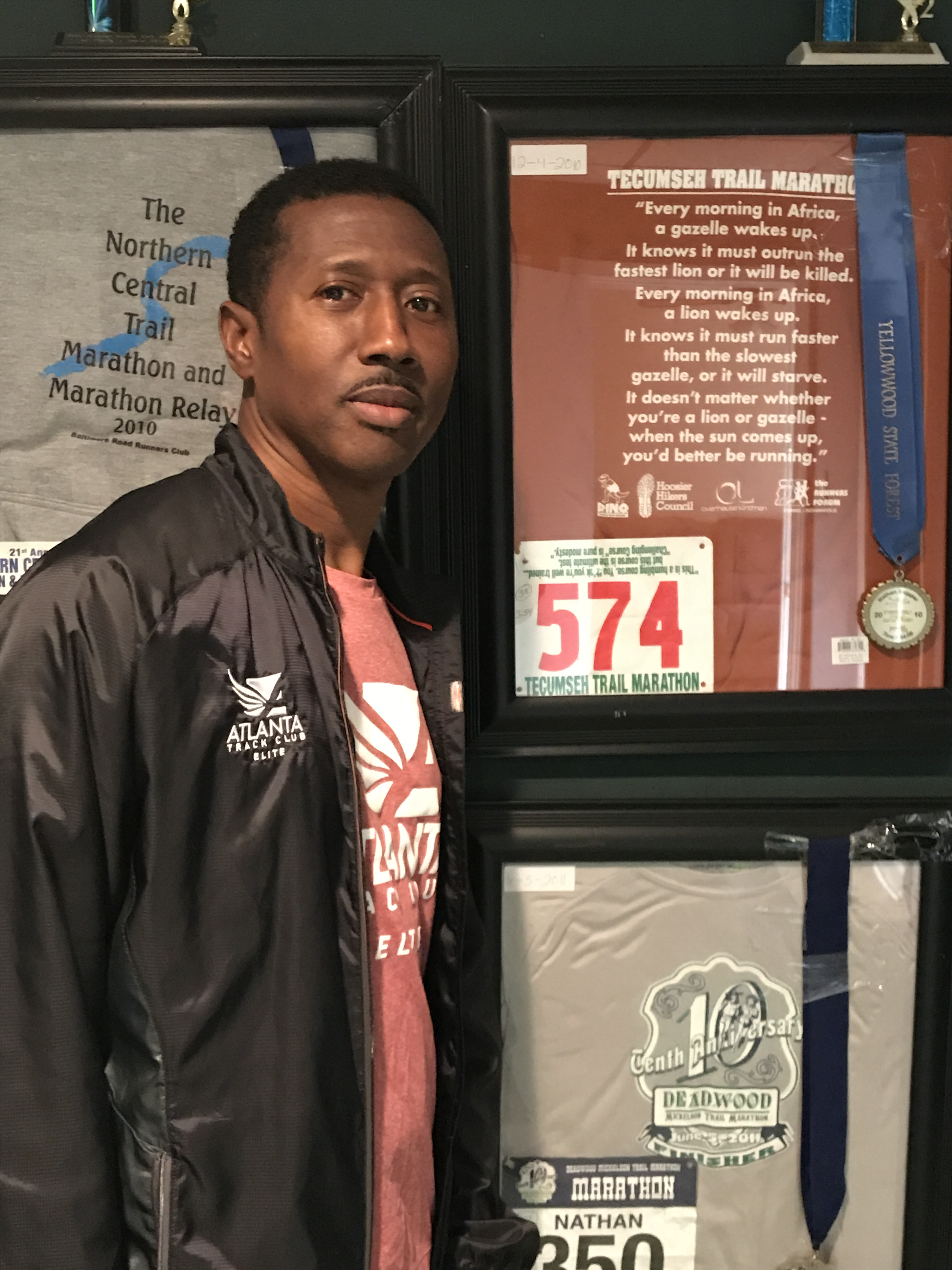 Skipper started his journey at the age of 39. But he didn't dive right into the challenge. "My neighbor was a runner who talked me into running the Marine Corp Marathon in Washington, D.C.," he says. "It hurt so badly, I took two years off." After his hiatus, Skipper went all in. Gradually, he became a self-described "marathon junkie" initially doing one per year, then two per year until he was eventually doing one marathon every month.

"I try to plan out a year in advance," he says. Skipper looked for Sunday races as opposed to Saturday races so he could fly or drive on Friday evening. His job as a computer engineer allowed him to work on the road which meant his hotel room was often his office.

Skipper went to nearly all of his races with his wife and his two sons, making each marathon weekend a mini-family vacation. "Those were my three angels at the finish line," he says. "They gave me a shoulder to lean on. It was a tremendous supporting cast. I could not have done this without them."

Skipper hit all the big races including the Boston Marathon and the New York City Marathon. But he says his favorite marathon was the Tecumseh Trail Marathon in Bloomington, Indiana. "We ran the entire marathon in the snow," he recalls. "The scenery was beautiful." His least favorite was Wyoming Marathon. While it might be attractive to gluttons for punishment, Skipper did not enjoy descending 8,640 feet to sea level, then turning around and running back up. "It's the only finish line I ever walked across," he said.

Skipper says the key to running so many marathons is easy: Wear good shoes. He says he rotates his frequently being sure to never run on worn out soles. But, he admits he wasn't always completely healthy when he stood on the start line. "You have to run through some things to achieve your goal," he says. "I run every day." He also says you have to know your limits and run every training run with the goal in mind. "Train adequately. Remember to run your race," he says. "You are not competing against anyone but yourself. You have to put your ego in your back pocket."

How Much Does It Cost?

You might not be surprised to hear that it isn't cheap. Skipper estimates he spent $25,000 during his more-than-decade long journey. "Once you have a goal in mind, a cost is just a roadblock" he says. He reiterates the benefits of planning early, pointing out that hotel rooms and flights are often less expensive the further away from the race date. But Skipper warns not to spend too much time thinking about the money you will spend. "My advice is to not continually look at your credit card charges. This is an investment. You cannot enjoy life if you are afraid to invest. "

Skipper admits he didn't master the marathon, but he did learn a lot. His average finishing time was between 3:20 and 3:30 for all of his races, which he says got easier as he went along. 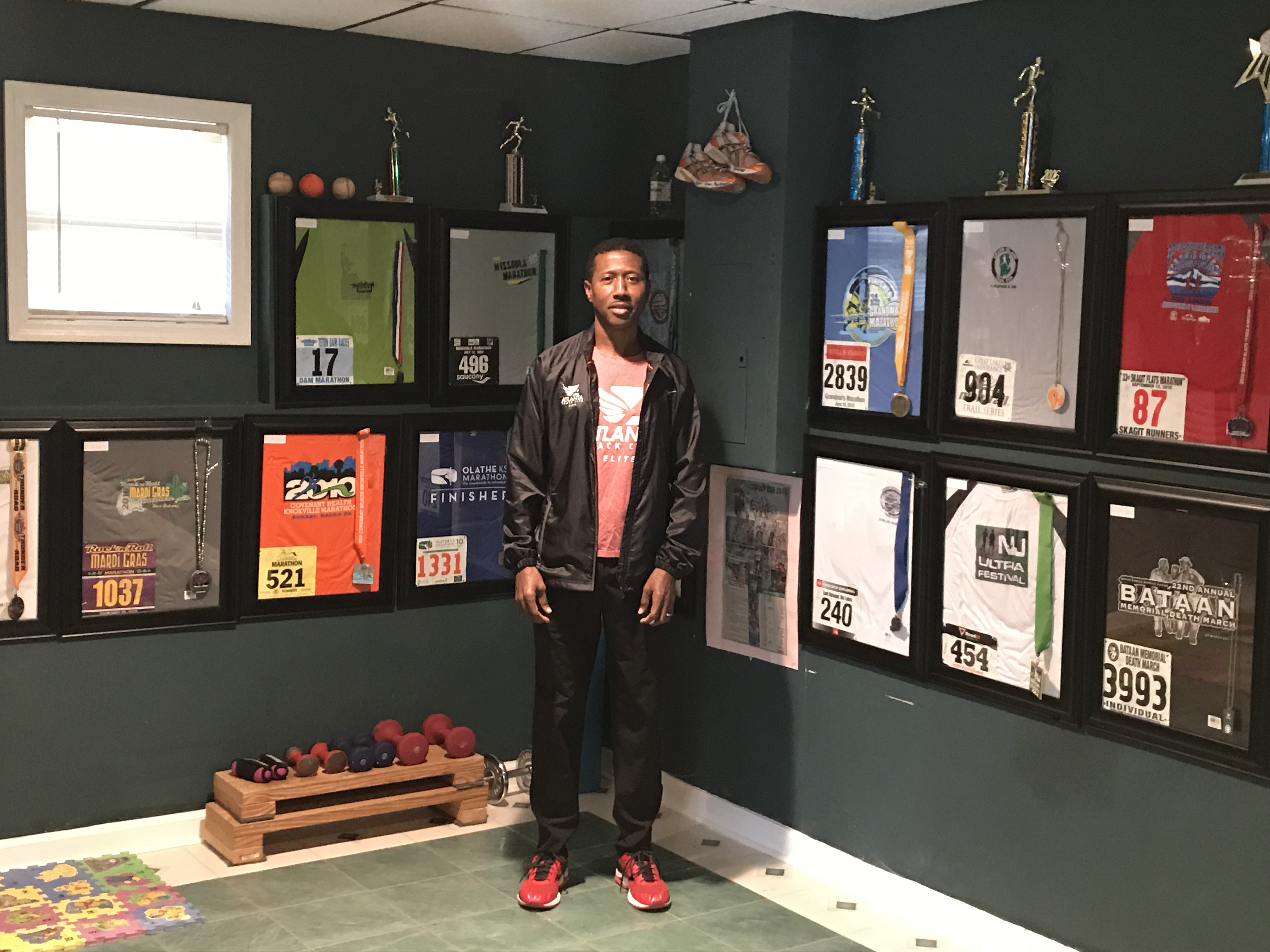