It was a day full of big smiles, but the biggest of them of all may have come from the women’s champion in the half marathon, Stella Christoforou, who crossed in 1:24:25 to claim her first-ever half marathon victory. Coming off a disappointing finish two weeks ago in the TCS New York City Marathon, Christoforou was just hoping to enjoy the race, but wound up shattering her own personal best time. 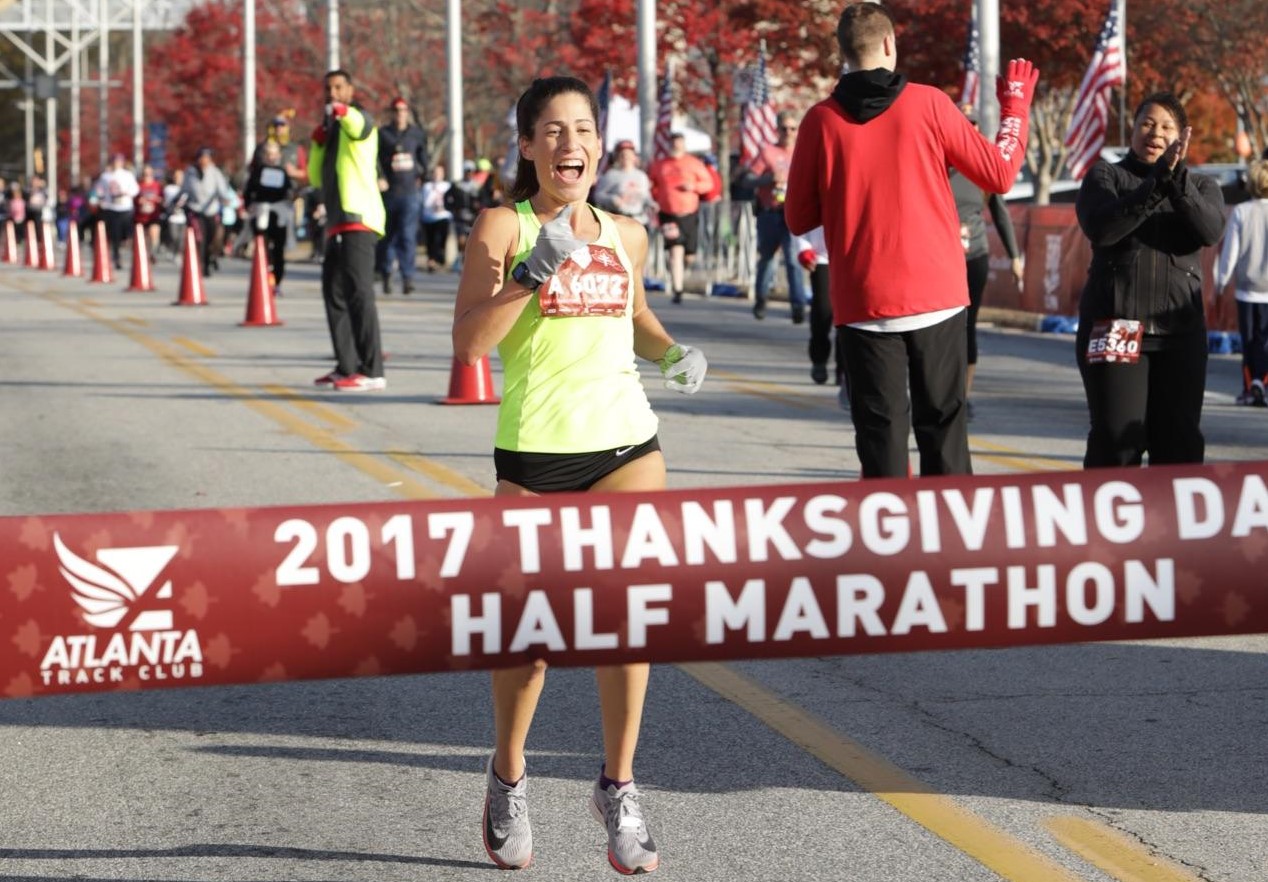 “I went in to today with no expectations,” Christoforou said while explaining her mindset heading into the race. “I said ‘I’m just going to have fun and whatever comes out of it comes out of it.’”

As part of the fun, the former University of Georgia runner even found the time for some good-natured trash talk along the course, promising a Bulldogs victory this weekend to a runner in a Georgia Tech t-shirt.

“It was a blast. I was talking with other runners,” Christoforou said. “This is the best part, when you truly get to enjoy it.”

Ahead of the pack on the men’s side was Harrison Kirigwi, who cruised to victory with a time of 1:12:12. The 28-year-old Kenyan was able to put more than two and a half minutes between him and runner-up Robert Bledsoe to take the win.

“It was very good, but the course was very tough and very hilly,” said Kirigwi.

In the 5K, Rob Mullett of Atlanta Track Club’s Elite Team was the first person to cross a finish line, with a winning time of 15:01. For Mullett, who competed in the steeplechase at the 2016 Olympic Games for Great Britain, this was a perfect opportunity to test his fitness against some strong competition.

“It was a lot of fun but, oh man, that hurt” said Mullett. “I probably hit the hills early a bit too hard, but I knew there was a downhill finish so I was just hoping they weren’t catching up.”

On the women’s side, Atlanta Track Club’s Elite Team swept the 5K with a 1-2-3 finish from Yolanda Ngarambe, Janel Blancett, and Carmen Graves. After running together for the first two and a half miles, Ngarambe broke away and crossed the line first in a time of 17:05.

“I was injured from January and had only been doing workouts for maybe 6 weeks,” said Ngarambe. “So I was a bit nervous, but I’m happy. It was really hard, but we worked together and at the end you just have to give everything.” 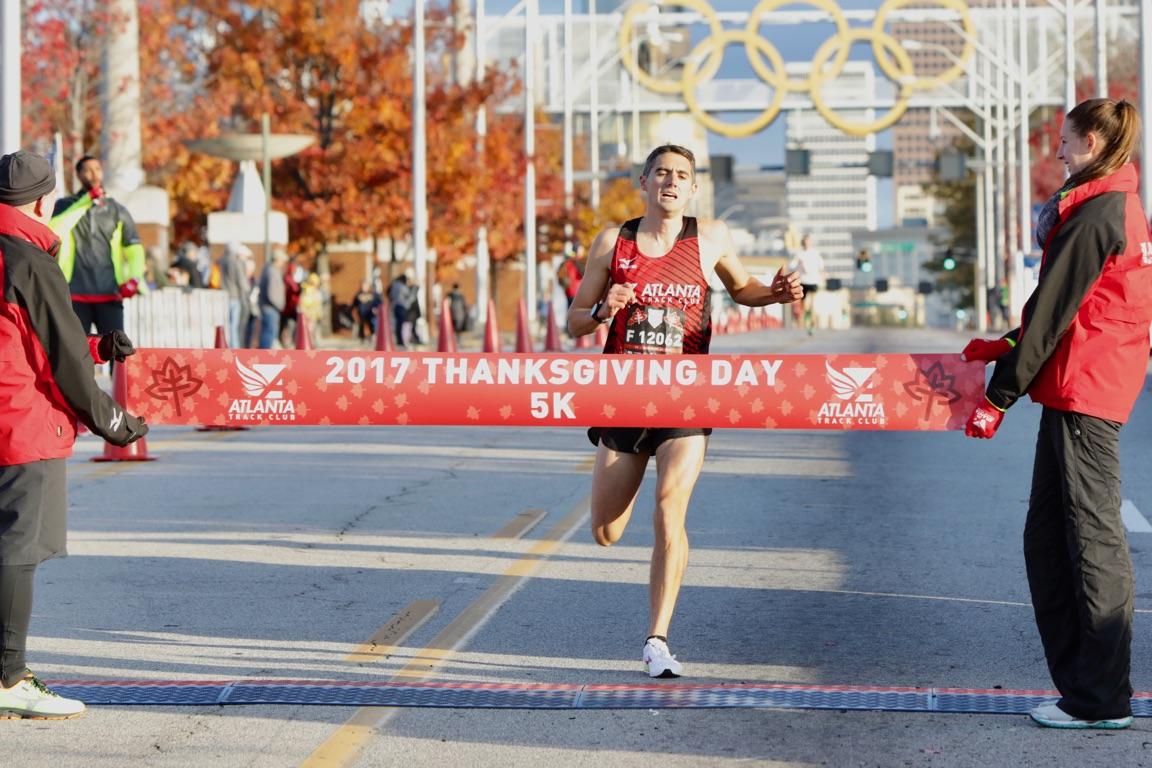 Ngarambe, originally from Sweden, was particularly excited to win the race on what she called her “favorite American holiday,” and to have a day of celebration ahead of her, a point echoed by other participants throughout the morning.

“It was a good day,” said Matt Kelso, who finished off this year’s Triple Peach challenge after previously completing the AJC Peachtree Road Race and the PNC Atlanta 10 Miler. “I ran a couple minutes faster than last year, and it’s always great to get out and enjoy this Thanksgiving tradition.”

For many like Samer Blackmon, the Thanksgiving Day Half Marathon & 5K offered the chance for personal achievements and set the stage before a relaxing holiday weekend.

“This was my first 5K ever,” said Blackmon. “It was awesome. It was energizing, just a lot of fun and a lot better than I thought it was going to be.” Her plans for the rest of the day? “Eat, eat, eat. And wear the medal all day and relax. We earned it.”