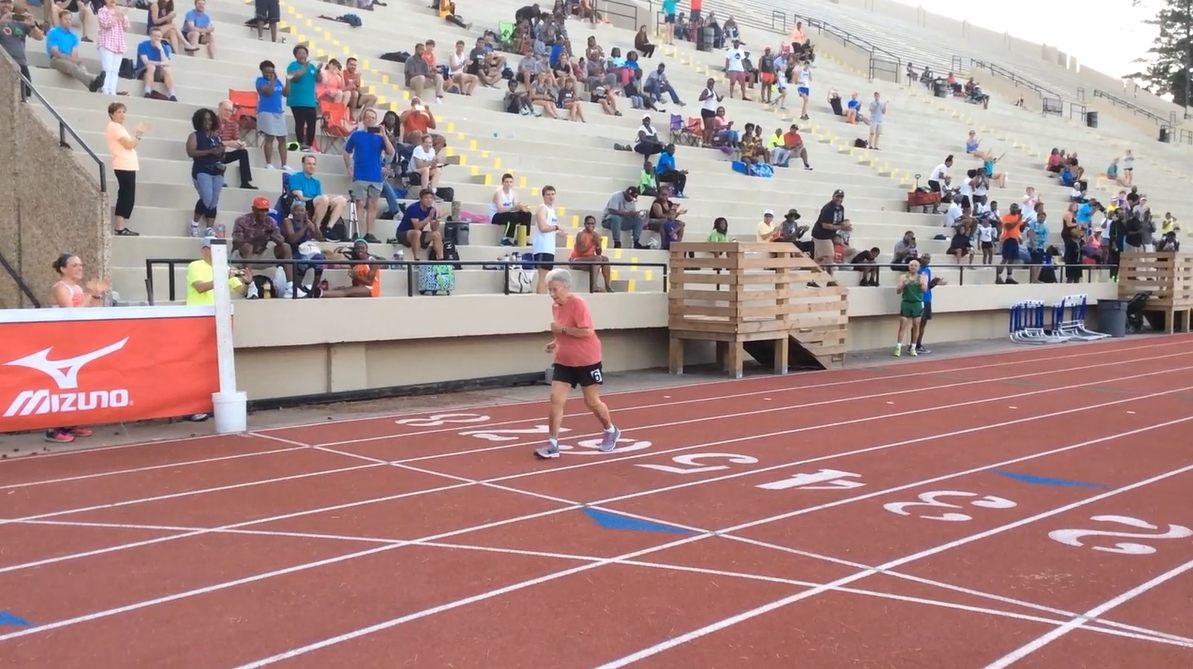 The 92-year-old showed up at the Club’s first All Comers Track and Field Meet of the season on May 9 to participate in the 400-meter Grand Prix event. Lindberg finished in 3:05.01 – a USATF national record for the women’s 90+ division. The record is pending ratification by the USATF.

“I’m very pleased with what I did,” said Lindberg via phone the morning after the event, where she received a standing ovation during her final stretch. “I sort of heard people yelling, but I was concentrating so hard to keep going those last 100 meters.”

This accomplishment comes less than a year after Lindberg set a world record and USATF national record at 800 meters at an All Comers Meet last season with a time of 6:57.56 (the world record is still pending ratification by World Master’s Athletics). Going into last year’s race, Lindberg had no idea what the record for her age group was – or that there even was a record in the first place.

Lindberg decided to skip the Grand Prix shot put event since she’s been dealing with a sore shoulder. But she’s training hard to take part in an annual tradition – the AJC Peachtree Road Race.

“The minute you guys put out the notice for members to sign up, I knew I had to do it again. My son, daughter-in-law and two grandsons will be doing it with me,” said Lindberg.

Around the time she registered for Peachtree, Lindberg met a personal trainer in her neighborhood. She now works out with Brian Krainson of Raw Fitness three days a week, focusing on strength and endurance.

For now, Lindberg is happy with another strong age group performance on the track. “It’s an inspiration!”

Last night was the first of six meets of the season. The first four events are hosted at Buck Godfrey Stadium in Decatur, and the final two meets will be held at Marist School in Atlanta. The All Comers Track and Field Meets are free and open to the public. Online registration is available at atlantatrackclub.org.