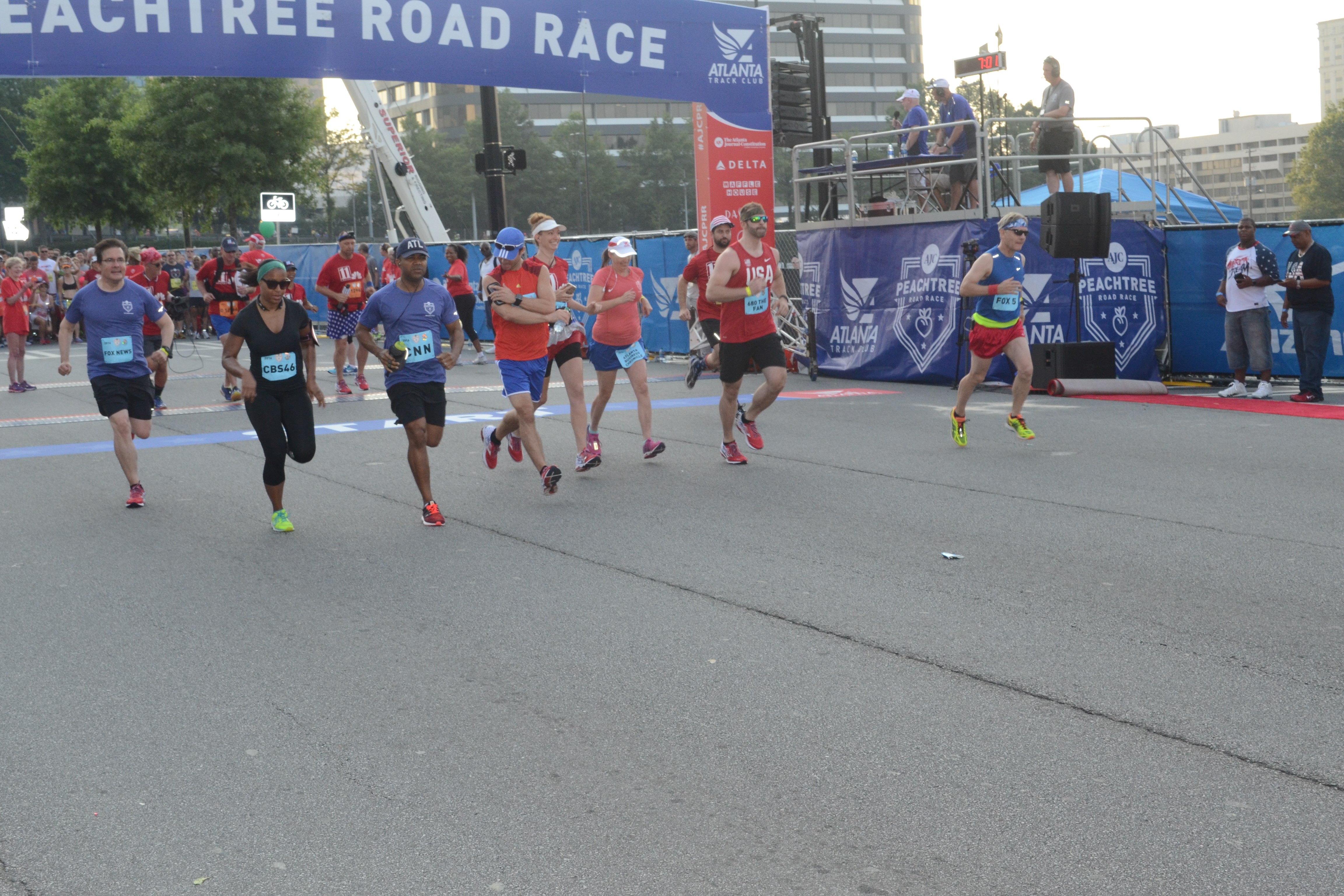 ATLANTA - June 23, 2017 - You may recognize a few faces at the start line of the AJC Peachtree Road Race. For the second year in a row, Atlanta Track Club has invited Atlanta-based media talent to compete in a start wave of their own. Television, radio and print personalities will vie for the title of fastest media outlet. There are several personalities returning to the media race division as well as some new faces mixed in this year.

The media race will begin at 7:43 a.m. on July 4 between start waves C and D. The 48th running of the AJC Peachtree Road Race will take place on Tuesday, July 4.