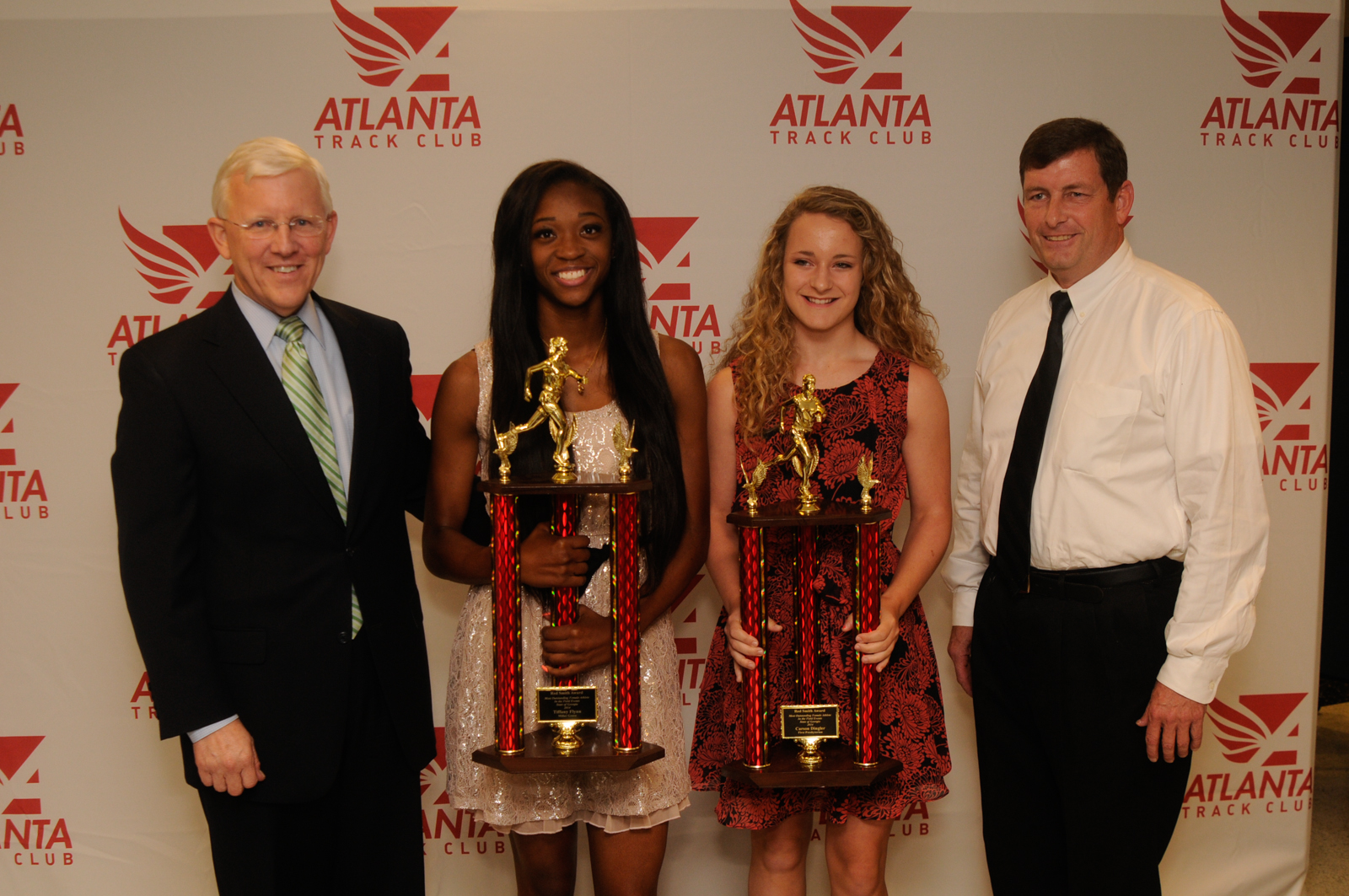 Each year at the All-Metro Track and Field Awards Banquet in the spring, Atlanta Track Club Foundation grants college scholarships to a female and male Metro Atlanta High School Senior who excelled in running during their high school career.  Nominations can only be made by high school coaches.

2015 Patty Foell Scholarship -The Atlanta Track Club Foundation will be granting a $2,500 college scholarship to a Female Metro Atlanta High School Senior graduating in 2015. The scholarship is in memory of Patty Foell. download application

You can make nominations for this scholarship through February 1, 2015. Download the 2015 application here. You can apply by emailing Elizabeth Unislawski or in writing to Elizabeth at the Atlanta Track Club Foundation, 3097 East Shadowlawn Avenue, Atlanta, GA 30305.

Atlanta Track Club presented 42 deserving scholastic student-athletes, 21 boys and 21 girls, to be named to the First, Second or Third All-Metro Cross Country Teams.  Each of the All-Metro athletes will be recognized for their extraordinary seasons at the All-Metro Banquet and First Team All-Metro honorees will receive a $500 scholarship from Atlanta Track Club. Also honored that evening will be the All-Metro Women’s and Men’s coaches whose teams won State Championship titles, and four individual awards for Outstanding Male/Female State Cross-Country Athlete and Outstanding Dedication Award for the Male/Female Cross-Country Coach.