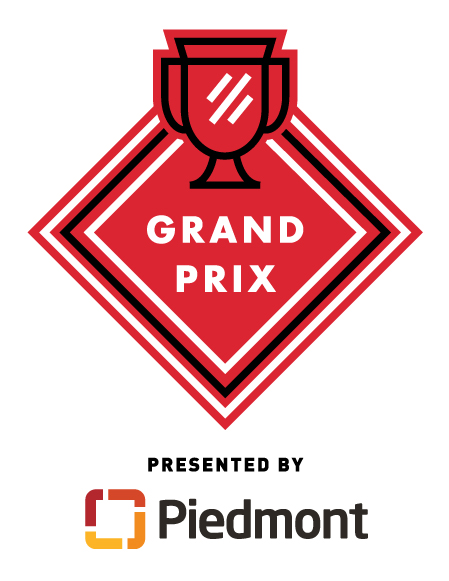 Participating in the Grand Prix is an excellent way for members to challenge themselves while taking advantage of the events Atlanta Track Club produces around the metro Atlanta area. For more detailed information and Grand Prix Series rules, please see the Frequently Asked Questions section below.

*Indicates events that are free for members
** Indicates paid event

For questions regarding the Grand Prix or errors with your results, please email grandprix@atlantatrackclub.org

How does a member participate in the Grand Prix?

What are the Grand Prix competition categories?

There are two competition categories of the Grand Prix: performance and participation. Awards are presented in both categories and are distributed at the Grand Prix Finale event held in December.

Performance-Overall Division & Age Group Division
In the performance category, participants earn points based on placement at each event (both overall and age group placement). Points are accumulated throughout the season and updated via the Grand Prix standings posted approximately one week after each event.

Upon conclusion of the season, awards are presented to the highest scoring male and female runners in the Open and Age Graded divisions. The four Overall division winners (Male/Female Overall Open & Male/Female Overall Age Graded) are NOT eligible for series year-end age group division awards.

Age Group Division
In this division, points are awarded throughout the season to male/female finishers in each age group as outlined below. Chip times (versus gun times) are used to calculate age group results.

Upon conclusion of the season, awards are presented to the top three male/female finishers in each age group category below. In the event of a tie, the highest total number of Grand Prix Series events completed per participant during the season will determine the winner.

Participation
The Atlanta Track Club recognizes the hard work and dedication of all participants in the Grand Prix. Those members who finish at least 6 of the events of the Grand Prix season receive a performance t-shirt. Furthermore, members who complete every event in the series receive a special award and recognition-the David Jordan Award-for this impressive accomplishment.

What is age grading?

Age grading is a process used to compare race performances across different ages and genders. Age grading is calculated by using data tables produced by the World Association of Veteran Athletics (WAVA) to measure the fraction of your race time that is equivalent to the predicted all-time best for your age and sex. More simply stated, your age-grade percentage score is calculated by dividing the predicted best ever performance by your race time. So as an example, if you are a 52-year-old woman who has run a 5k road race in 25:16, and the predicted all-time best for a 52 year old female is 16:53, your age grade percent is 16:53 ÷ 25:16 = 66.8%. Whether young or old, your performance percentage will be judged against the standard for your current age within your gender, thus allowing for a true measure of performance across all participants.

This age graded percentage score not only enables you to compare performances across different ages, but also allows you to track your performances over time, identify your best events, and set goals for future races.

According to WAVA, age grade percentages can be broadly categorized as follows:

What are the Grand Prix rules?

There are no minimum event requirements for the series. All members who participate in at least one event are included in the standings for the Grand Prix season.

Participants must be a current member on the day of a Grand Prix Series race to have that event included in their overall standings. For example, if a participant becomes an ATC member on April 1, he/she is not eligible to retroactively receive points for any completed Grand Prix Series event(s) prior to April 1.

All members who complete at least 6 events in the series receive a performance t-shirt.

All members who complete every event in the series receive the David Jordan Award.

Participant's age as of December 31, 2018 (rather than current age), is used to determine the particpant's age group and calculate age grading values throughout the Grand Prix Series.

What are the designated shot put weights per gender and age division as designated by USATF standards?

For ten years, from 1999 through 2008, David Jordan ran every single race in the Atlanta Track Club Grand Prix Series--a feat made even more remarkable by the fact that David is a survivor of childhood polio. He is the embodiment of dedication and determination and proof that "the race is not always to the swift".

The David Jordan Award is presented to all Grand Prix participants who successfully complete every race in the annual series schedule (a total of 10 events in 2020). Members who achieve this impressive accomplishment will have the option to receive a personalized glass award OR a complimentary entry into the Atlanta's Finest 5K the following year.

For questions regarding the Grand Prix, please email grandprix@atlantatrackclub.org.