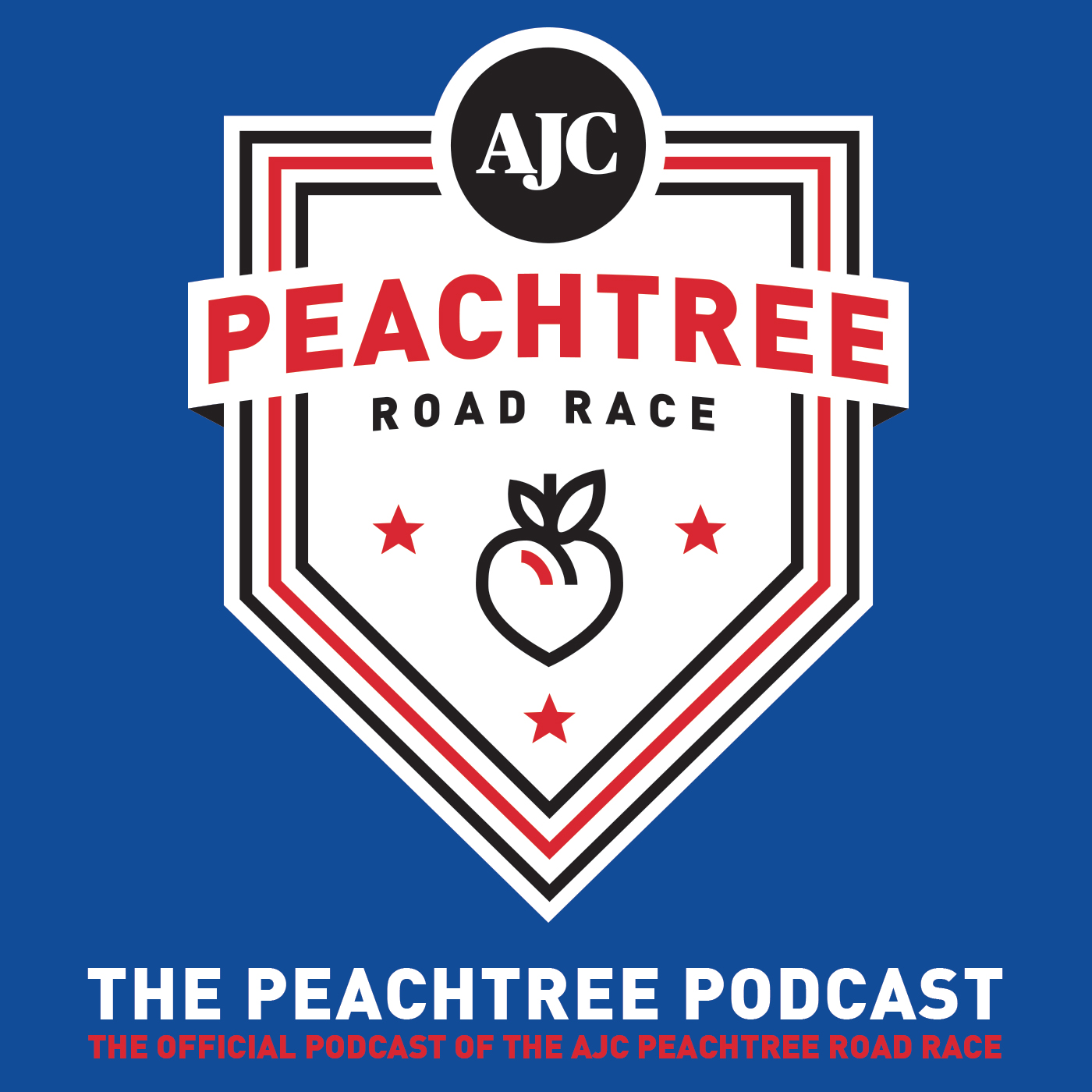 Get episodes in the iTunes or Google Play store or stream here from Soundcloud.

This year marks the 50th running of the AJC Peachtree Road Race, and 60,000 runners will join in on the July 4th celebration! This week, Atlanta Track Club Executive Director Rich Kenah fills us in on some of the plans to mark this major milestone. The defending women's 10K championship winner, Stephanie Bruce, joins us to talk about the hot streak she's been on since winning last year's race. Plus, archivist Janet Monk fills us in on the "original 110" and some of the stories behind the world's largest 10K.

There's only one man who's run all 49 AJC Peachtree Road Races. This year, Bill Thorn plans to make it 50! The 88-year-old shares his memories and running secrets with us this week.

With less than a month to go until the AJC Peachtree Road Race, Atlanta Track Club Coach Amy Begley has some tips for those final few weeks of training - and for race day too! Elite runner Emily Sisson, who's off to a strong start in 2019, tells us about her Peachtree prep. And we'll tell you how you can enter (and vote) in the "Oh, Say Can You Sing?" contest this year.

Just 3 weeks to go until the 50th running of the AJC Peachtree Road Race! This week, the man who won the very first Peachtree, Jeff Galloway, tells the story of what he did with the trophy that day. Rebecca Washburn of Shepherd Center discusses why this year's wheelchair division will be super competitive. And if you think you're too old to run, you have to hear this week's interview with 94-year-old Betty Lindberg, who started running in her 60's!

Two weeks to go until we celebrate the 50th running of the AJC Peachtree Road Race. If you're not running, you might want to consider volunteering (you'll get a t-shirt too!). The defending champion in the women's wheelchair division, Susannah Scaroni, joins us to talk about her chase for the record this year. And this year's race is attracting some of the best runners from around the world. We'll tell you who to keep an eye on in the elite field this year!

We're counting down to the 49th running of the AJC Peachtree Road Race in season 2 of The Peachtree Podcast. Listen as Atlanta Track Club Executive Director Rich Kenah explains what's new for this year. Defending women's champion Aliphine Tuliamuk describes why the Peachtree is so special to her. Plus, Atlanta Track Club coach Amy Begley shares her Peachtree training tips.

There's only one man who's completed all 48 AJC Peachtree Road Races so far...you'll hear from him this week. Plus, elite runner Abdi Abdirahman's enthusiasm for running continues even into his 40's...and he has a bold prediction about this year's race. Mizuno's Chris Hollis also joins us to talk about this year's Peachtree gear - including the shoes!

Ever wonder what it's like to hand out water to 60,000 runners on the 4th of July? This week, meet one of the volunteers who does just that. Plus, elite runner Tyler Pennel is back for another AJC Peachtree Road Race...hear what he has to say about conquering the course. And Allie Kieffer, who placed 5th in the NYC Marathon in 2017, is coming back from injury and ready for her Peachtree debut. Hear her inspiring message for runners of all shapes and sizes.

Feeling some aches & pains from your training? Dr. Josh Glass of Georgia Sports Chiropractic has some tips to help you recover. Sarah Pagano, the women's runner-up in last year's AJC Peachtree Road Race, explains how her confidence has changed over the years. YouTube sensation Emma Abrahamson has been chronicling her Peachtree prep for thousands of followers. This week, she shares her story with us!

In the final episode before the 2018 AJC Peachtree Road Race, Atlanta Track Club's Leigh Moyer explains what goes into choosing the design for the t-shirt you'll be picking up at the finish line. ATC's Chris Dierkes tells us what to expect at The Peachtree Health & Fitness Expo. Elite runner Chris Derrick shares his tips on getting through tough races. And Atlanta Track Club Executive Director Rich Kenah looks ahead to the 50th running of the AJC Peachtree Road Race.