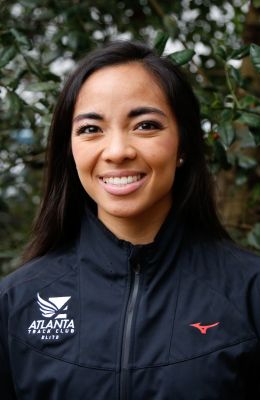 College: The University of Georgia

An Atlanta native, Megan was a five-time All-American at the University of Georgia. She holds the school record for 800m indoors and outdoors. From 2011 to 2014 Megan was an SEC Indoor and Outdoor Conference Finalist. She made the semi-finals at the 2013 USA Track and Field Championships and earned a bronze medal in the 600m at the 2015 USATF Indoor Track & Field Championships.